When former Marine Imran Yousuf heard Omar Mateen’s assault rifle go off at Pulse nightclub, where he was working as a bouncer, he immediately stepped into action.

“The initial one was three or four [shots]. That was a shock. Three of four shots go off and you could tell it was a high caliber,” he said. “Everyone froze. I’m here in the back and I saw people start pouring into the back hallway, and they just sardine pack everyone.”

“I’m screaming, ‘Open the door! Open the door!’ And no one is moving because they are scared,” Yousuf said. “There was only one choice. Either we all stay there and we all die, or I could take the chance, and I jumped over to open that latch and we got everyone that we can out of there.”

Yousuf, 24, commanded the frenzy of people to safety. He’s been credited with saving 60 to 70 people.

Yousuf, who served as a U.S. Marine in Afghanistan, acted on instinct in order to get people to safety. The event, prompted by Mateen’s homophobic contempt, is the largest “killing of LGBT people in the western world since the Holocaust,” according to the Guardian.

But there are also people that are alive, thanks to Yousuf. 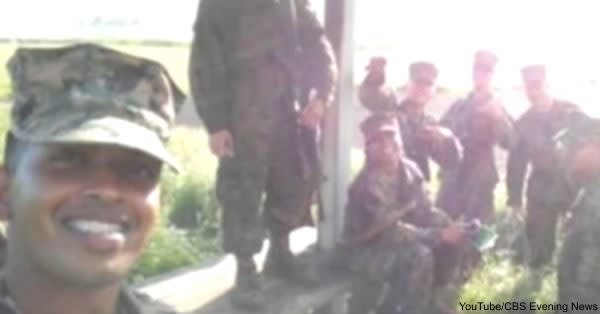 There is no joy in spreading the news of such a loss of life, but the heroes that emerge from these situations deserve our recognition and thanks. Follow this link to read more about the actions of another hero who protected others during a terrorist attack at Umpqua Community College in 2015.