When WWII veteran James “Milt” Ferguson Sr. developed dementia and began to have trouble getting around, his son and namesake, James Ferguson Jr., became his in-home caregiver. However, when a social worker told James Jr. that he could be charged with a crime if his father were to fall or be injured while he was away at work, he thought placing his dad in a nursing home was the right thing to do.

Milt’s dementia, however, made him a less than stellar patient. He was agitated and prone to wandering into other patients’ rooms and needed closer supervision than other patients. He had to be moved to the Des Moines VA Hospital mental health ward while his medications were adjusted, and then he was transferred to the Des Moines VA Nursing Home. It was there, however, that James Jr. says more should have been done to prevent his father’s death. 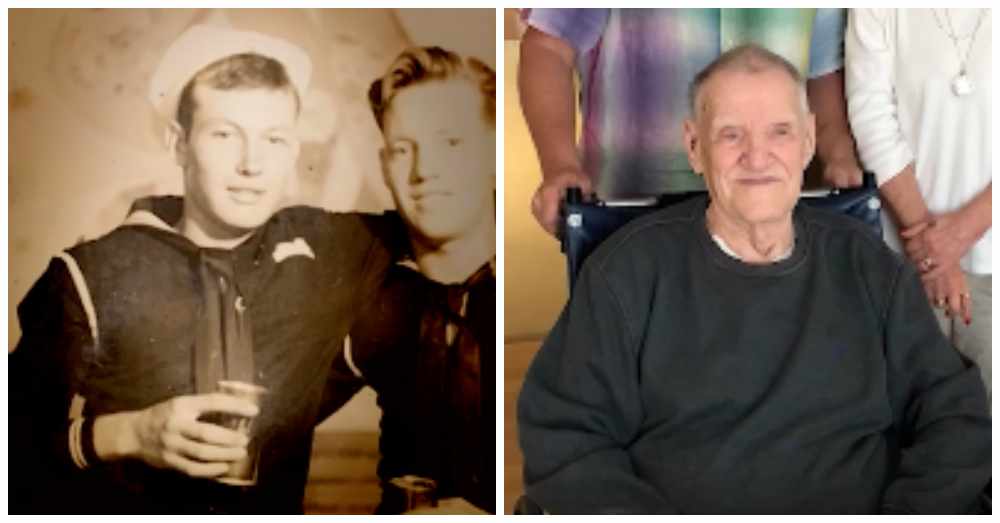 Despite Milt’s continued agitation and wandering tendencies, staff never ordered extra surveillance for him. Instead, they allowed him to escape from his room and wander around. And that’s how he ended up allegedly being pushed over backward in his wheelchair by another resident, causing a head injury that later proved fatal.

James Jr. says the nursing home called him to inform him that his father had tipped over backward in his wheelchair, but something seemed strange about that report, since the wheelchair had special stoppers on the back to prevent such an incident. Two hours later, the nursing home called back to inform James Jr. that his father’s injury was serious. 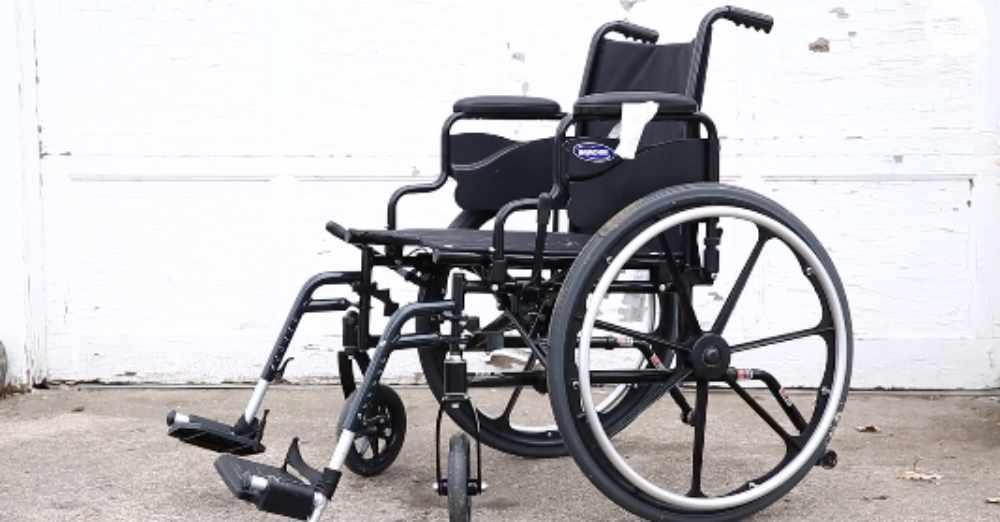 The staff allegedly did not report the injury for about 40 minutes after it happened and didn’t transport Milt to the emergency room for two more hours after that. It took another two and a half hours for him to be transferred to a trauma hospital. According to the timestamp on the surveillance video, the accident occurred at 3:49 p.m. Milt didn’t make it to the trauma hospital until 9 p.m. He later died from his head injury. 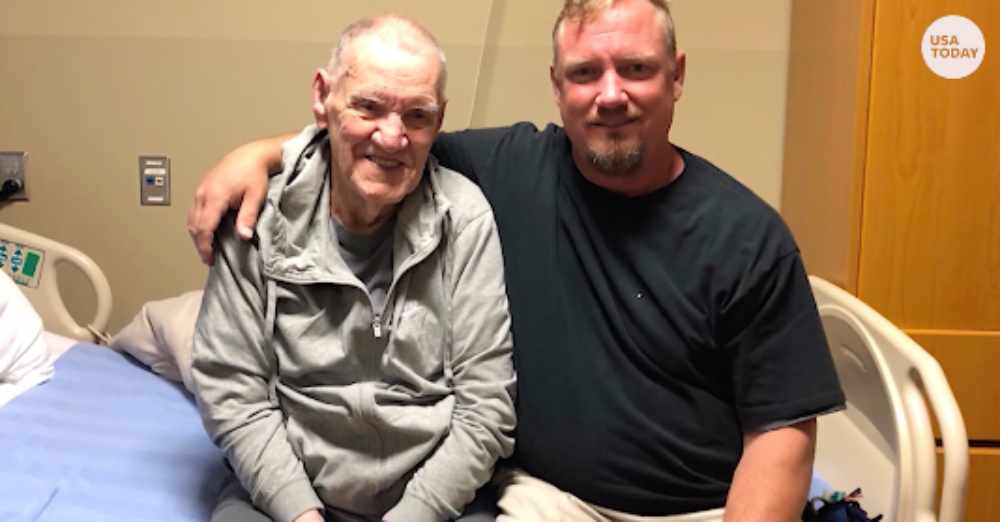 When James Jr. later asked to watch the video footage, he claims he saw his father wheel partially into a door, where the resident of that room pushed him backward with great force, jerking his wheelchair significantly and throwing him over backward. Nurses ran to the scene, but they can be seen in the video simply standing next to Milt as he attempts to recover from the blow. 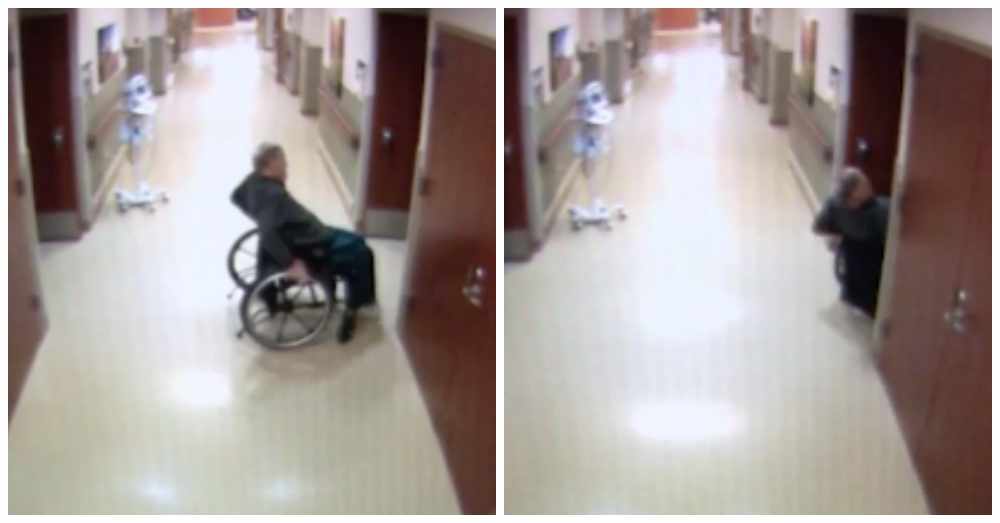 James Jr. says no one warned him about what he was about to see, but he believes he basically witnessed his father’s murder. The nursing home apologized for the incident but claims that all staff members acted appropriately. 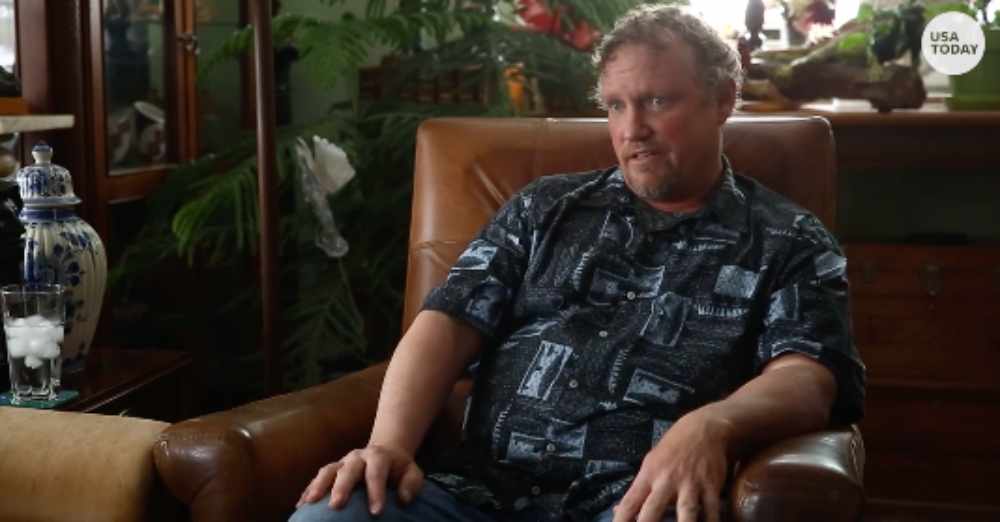 “Somebody didn’t watch my dad and let him die,” James Jr. maintains. “It’s supposed to be a safe place.”

Check out the video below to learn more. The footage may be difficult for some viewers to watch.

52 of 99 VA Nursing Homes Cited After Inspections Found Cases of Neglect and “Actual Harm” Caused to Veterans: Click “Next” below!