Bill Mead lived a life that he could be proud of. He joined the Navy during the Korean War era, became a minister after his discharge, and raised a family.

When he knew his time on Earth was running out, he prayed for God to let him pass away. But instead, Bill was diagnosed with dementia. Eventually, his family had to make the difficult decision to put him in a facility where he could receive around-the-clock care.

But Bill’s son Patrick, who followed in his father’s footsteps and also become a minister, worried that people in his dad’s new home wouldn’t know, or care, who his father was. “My fear was here’s this man among strangers. They don’t know him. They don’t understand who he is and he can’t tell them,” Patrick told News4. Patrick believes that story is the second most powerful force in the universe, and he wanted people to know his father’s story. 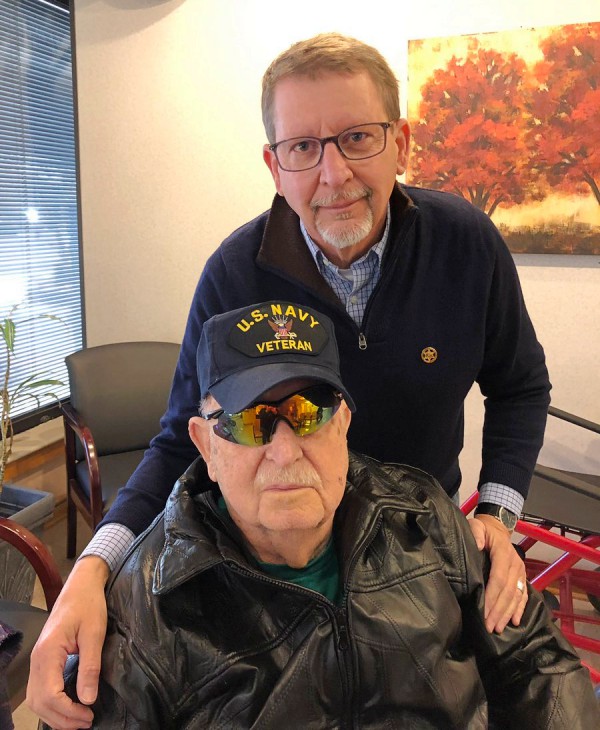 So he posted a brief, powerful note on the door of his father’s room so that Bill wouldn’t just be “the new guy in room 14.”

He also posted the note on Twitter, and so many people were touched by Patrick’s act that the note was retweeted almost 16,000 times and liked over 110,000 times.

The note has inspired others to put up notes for their loved ones, and it reminds us that the whole of who someone is isn’t just who they are at the moment. Patrick wanted people to know who his father was, and is, even if they were just stopping by to check on him. 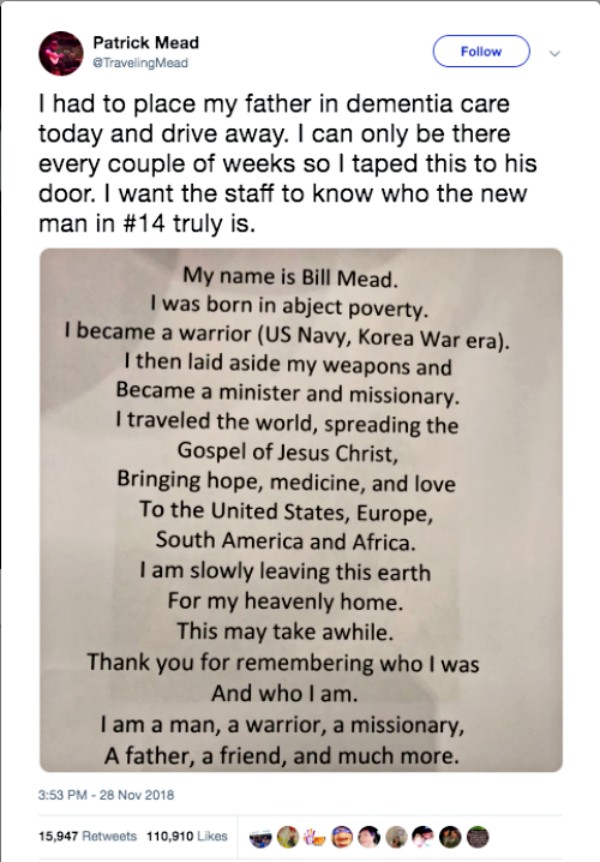 “The preciousness of others is something we need to remember,” Patrick said. Bill served in the Navy, served his family, and served his church, and now the people who serve him can know who he is by stopping to read a few lines.

People’s stories are powerful, but they don’t need to be long or complicated. The note on Bill’s door is more powerful for its brevity, and tells the story of a life well lived.