We’ve all heard the standard ways to ward off Alzheimer’s and other dementias—read more, do more crossword puzzles, engage your brain in academic work. Scientists disagree about how effective these methods actually are. But there’s another activity that could reduce your risk of Alzheimer’s, and research has already proven its benefits. Plus, it could give you the opportunity to interact with young people, such as your grandchildren. And who doesn’t want to be the “hip” grandma or grandpa that all the kids are talking about?

So what’s the activity? Video games.

Since exercise is also helpful for staving off dementia, the most successful video games were the ones that encouraged physical activity as well, such as Wii and Xbox Kinect. The combination of physical exercise with coordination exercises did more to keep participants’ brains sharp than either exercise would by itself, and it also improved participants’ balance, pain, and fear of falling.

A recent study of about 1000 people in their 60s and above showed that just 15 minutes of time spent playing active video games three times a week made a difference in keeping minds healthy and functioning well. 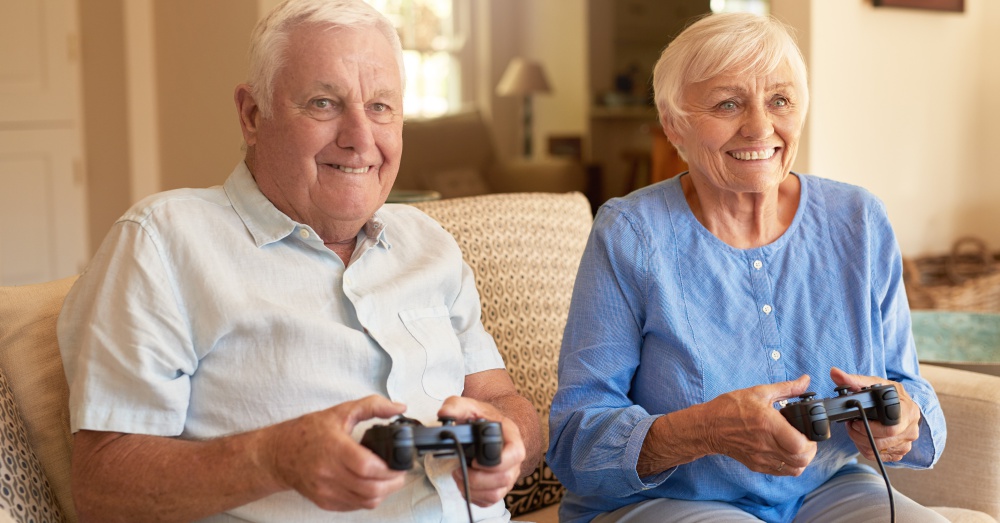 Psychologist Joseph Firth from Manchester University had this to say about the benefits of active video games:

“In combination they are bigger than the sum of their parts. These are the games that kids have grown up with—but they could be most useful for older people.”

“Today’s elderly are unfamiliar with them but that will not be the case further down the line,” he continued. “Getting younger people today to carry on using them as they get older could be a valuable tool in the fight against dementia in the future.” 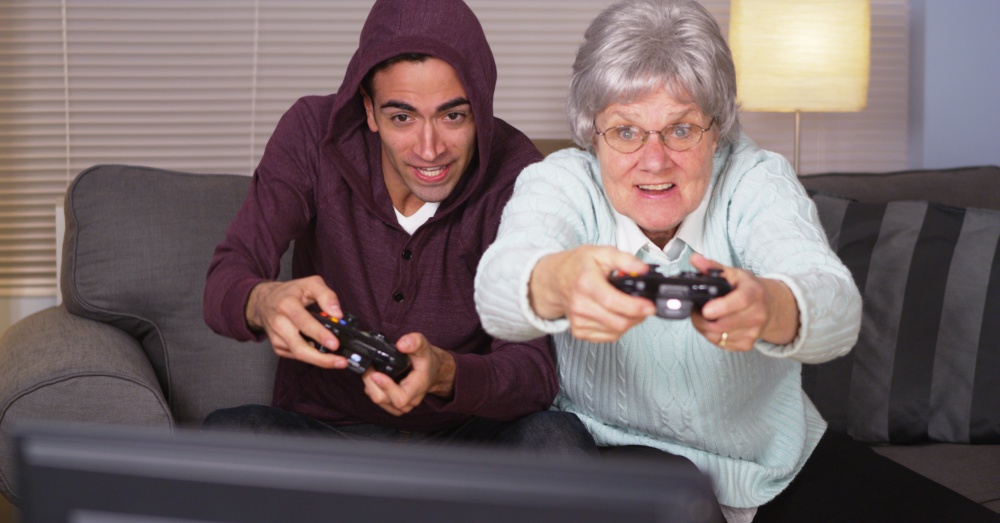 However, there is some evidence that playing video games too much could actually increase your risk of dementia, so don’t dive in for an 8-hour gaming session just yet. In a study of 59 healthy young adults, it was found that action gamers—those participants who spent a minimum of 6 hours per week playing video games—had less gray matter and lower levels of activity in the hippocampus than those who did not play video games so much.

This reduction in “hippocampal integrity” was similar to the hippocampus issues seen in seniors with Alzheimer’s disease and other neurological disorders.

Until further research gives us a better idea of exactly how much video game time is enough (and how much is too much), we encourage you to practice moderation with this activity. While you probably shouldn’t be playing video games for several hours at a time, an hour of game time here and there with a loved one or by yourself is not likely to harm your health and could even be good for your brain!