When the Washington Capitals defeated the Vegas Golden Knights in a 4-3 victory for the Stanley Cup, player T.J. Oshie had a very special person on his mind. Of course, he was excited that his whole family was there to see the game, including his two young daughters. But the real win was having his father there to see him.

“You can never prepare for the feeling of lifting that cup,” says Oshie. “There’s nothing like it.”

When one of the interviewers asked Oshie who this win was for, Oshie exclaimed, “Oh, here we go!” and began wiping his eyes. 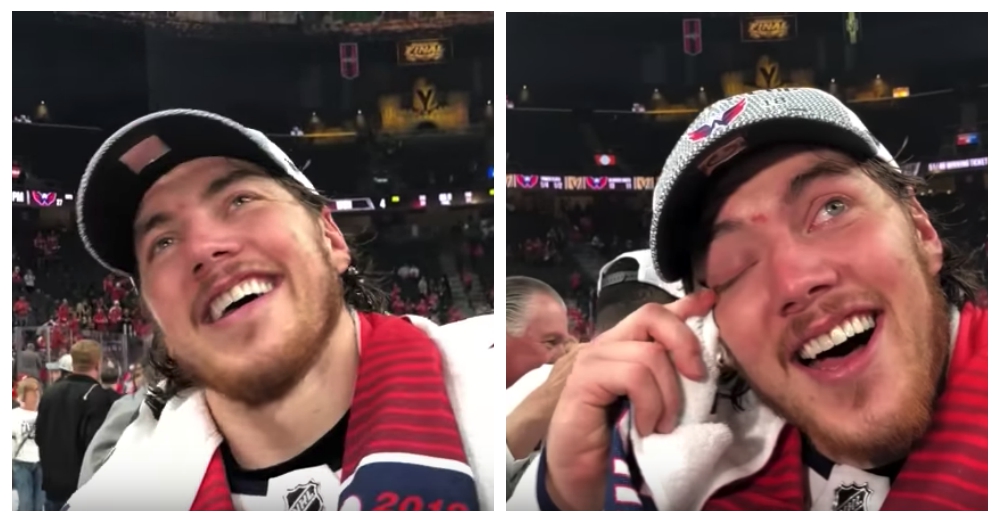 Oshie’s dad has Alzheimer’s disease and has a hard time traveling these days. He’s lost a good chunk of his memory already, but Oshie is glad to be able to share this moment with him all the same.

“This is one memory that I don’t think he’s going to forget,” says Oshie. 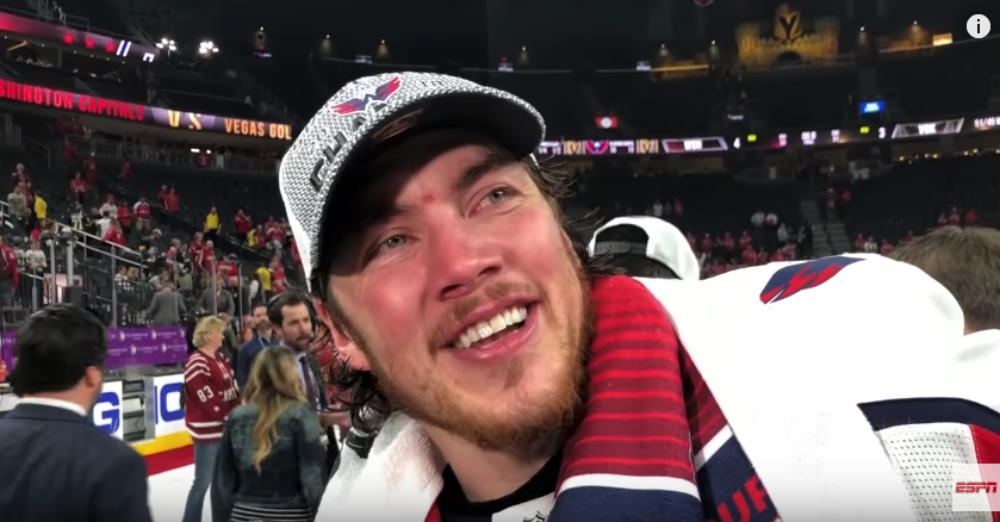 During the interview, Oshie didn’t look at the interviewers or the camera much, instead aiming his teary eyes upward toward the crowd, searching, it seems, for a very important happy face among them. Later, he and his dad were pictured holding the Stanley Cup together. 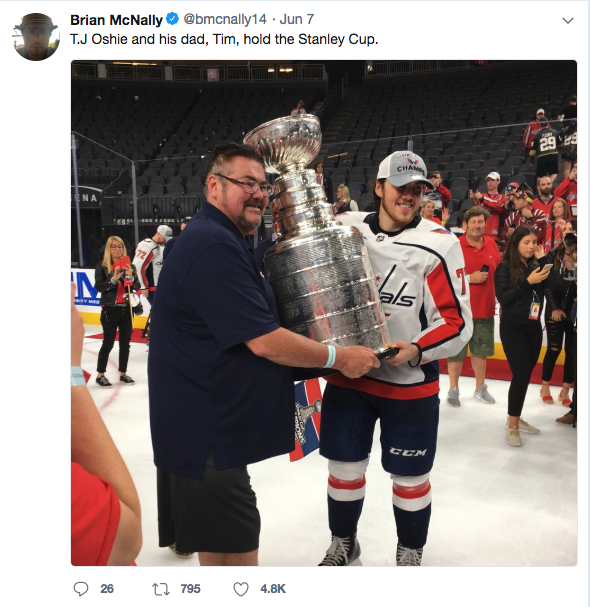 Oshie was so excited to see his dad after the game that he even asked to end the interview early so he could go find him. the interviewers readily let him go so that he could spend more time with some of his most important supporters.

Watch the video below to see the full interview.

Couple Born Within a Day of Each Other Die The Same Day at Age 93: Click “Next” below!