Tattoos are meant to say something special about you and what’s important to you. But most tattoos tell their tales quietly, either through images or written words. There’s one type of tattoo, however, that’s branching out and making a new kind of statement—by actually speaking out loud.

Nate Siggard is the artist behind this new tattoo. A couple of his friends wanted a tattoo of a sound wave of Elton John’s Tiny Dancer, and Nate was happy to comply. After his customer left, however, his girlfriend mentioned how cool it would be if it were actually possible to play the sound wave out loud. Nate realized it wouldn’t be all that difficult to create an app that could do just that. And so he did. 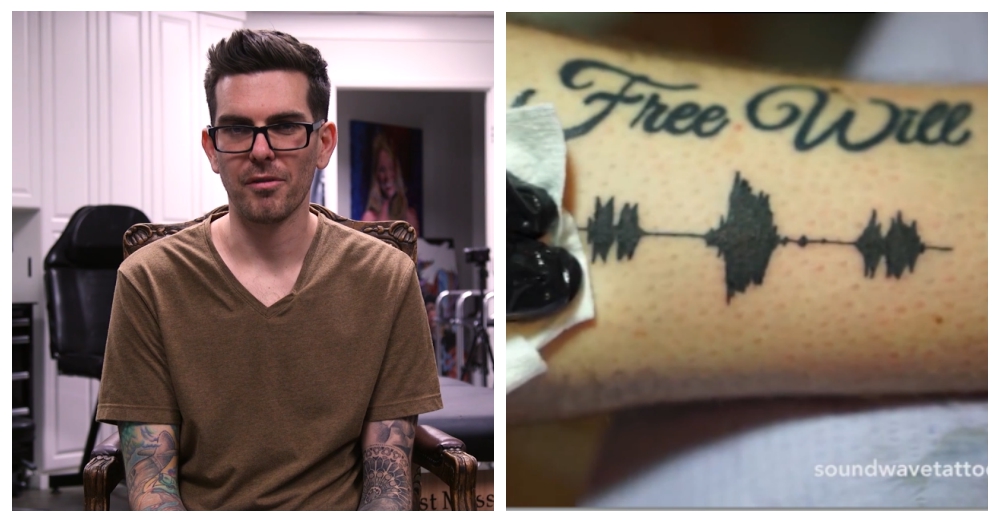 Nate’s first playable sound wave tattoo was done on himself, and the video of it got 15 million views in a week. That’s when Nate knew he had to keep going with his new creation. Now he does sound wave tattoos regularly in his tattoo parlor.

“I think one of the things about tattooing over the last year that really started mattering to me a lot was seeing how much people were affected by when they got tattooed—how when they came in they were one person, and when they left, they were a completely different person. It’s really interesting that the sound waves have ended up being something that has given people this way to express their grief, their love, their connection.” 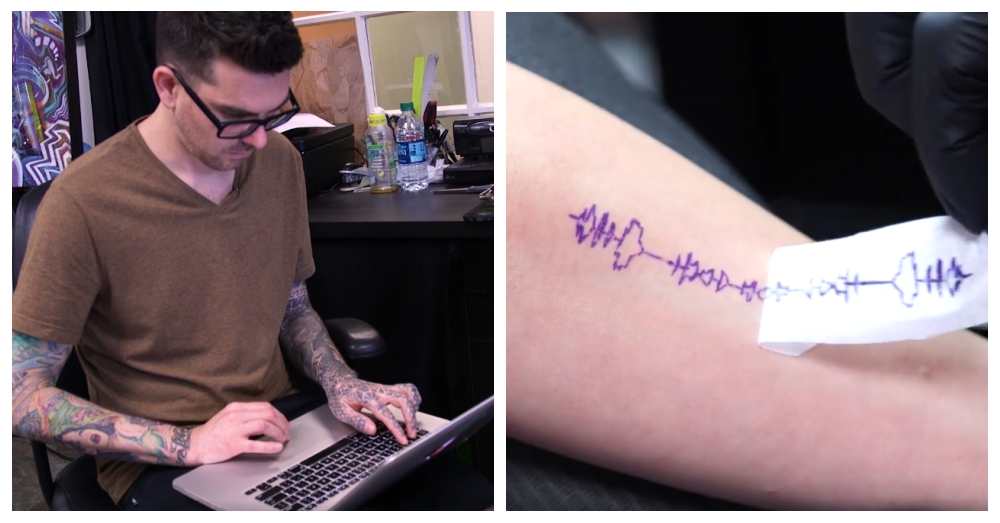 Rebecca is among the first group of people to get one of these sound wave tattoos. Rebecca’s mother, who was also her best friend, passed away unexpectedly, just a couple of weeks before Rebecca’s baby was born. The tattoo will be of her mother’s voice as copied from a voicemail on Rebecca’s phone. 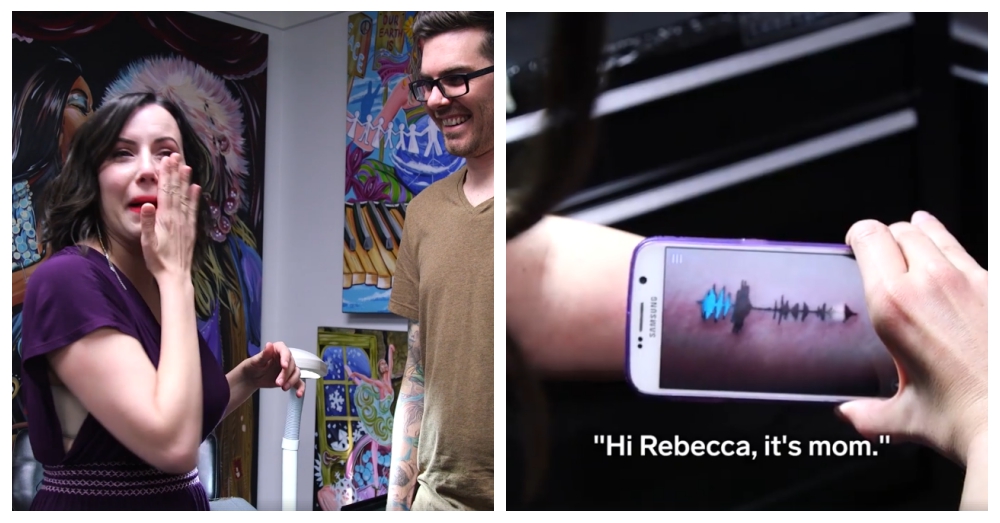 A sound wave tattoo is a great way to memorialize a loved one who has died or to remember the voice of someone you love who doesn’t live nearby. It can also be a way to remember a certain time in your life. You might record your baby’s laughter, or perhaps a clip of your child singing their favorite song, and make it into a tattoo. Then whenever you want to hear that sound you love so much, all you have to do is get out the app and hold your phone over your tattoo. 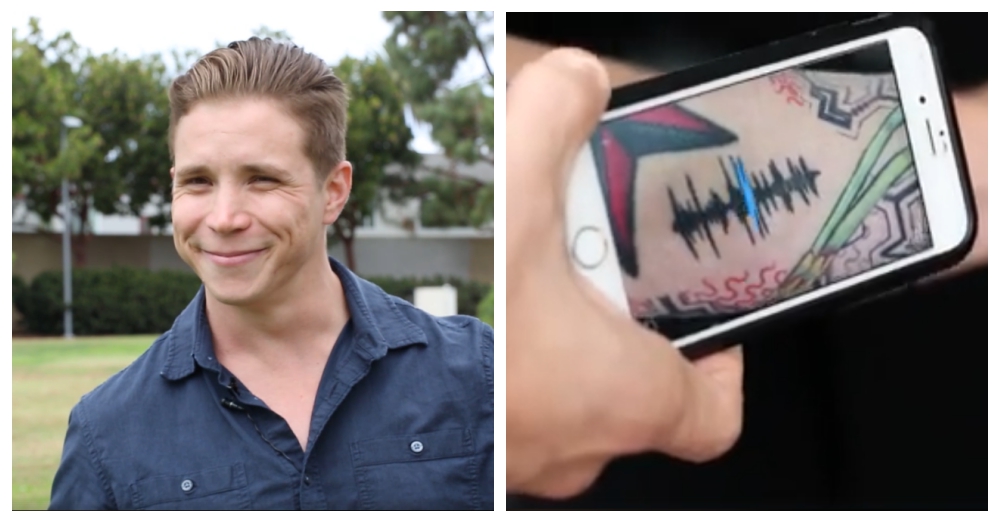 “Even if tech changes or, you know, a solar flare knocks out all tech tomorrow and I can never replay it again, I know that that is a sound wave of my father speaking his advice, so at least I’ll be able to internally play that at the very minimum.”

Learn more about how people are using sound wave tattoos in the video below.