Ted McDermott was once known as the “songaminute man” in the UK for his remarkable career in music, particularly as a Butlin’s Redcoat. Singing was his second love, after his family, and it brought him great joy. So when he was diagnosed with Alzheimer’s disease in 2013, his son, Simon, turned to music to help bring back his father’s vitality and help him remember who he is.

Ted often has trouble remembering people’s names and what happened just a few minutes ago, but he has not forgotten the lyrics to his favorite songs, and he’s still got the rich booming voice to do them justice, too! 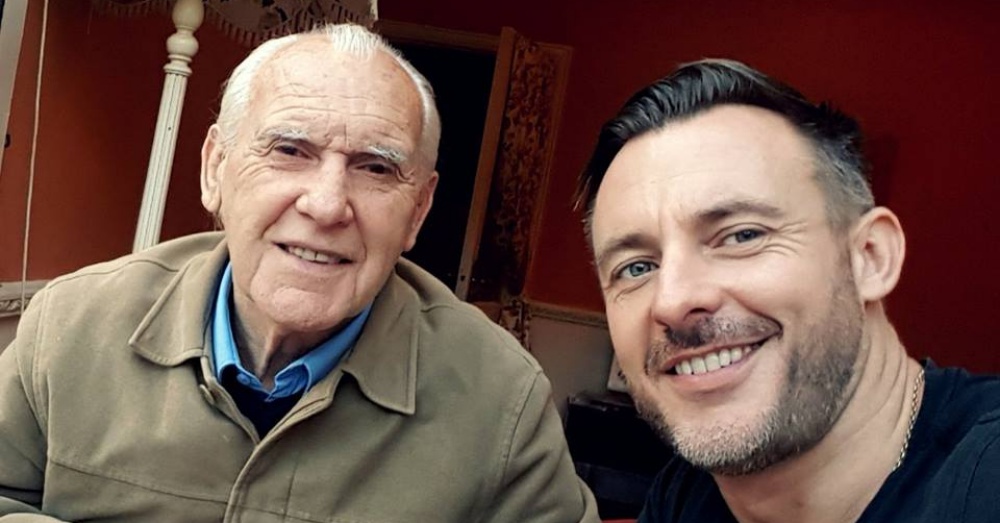 When Simon realized how much singing old tunes improved his father’s mood and memory—as well as how good he still was at it—he began recording Ted singing some of his favorites. 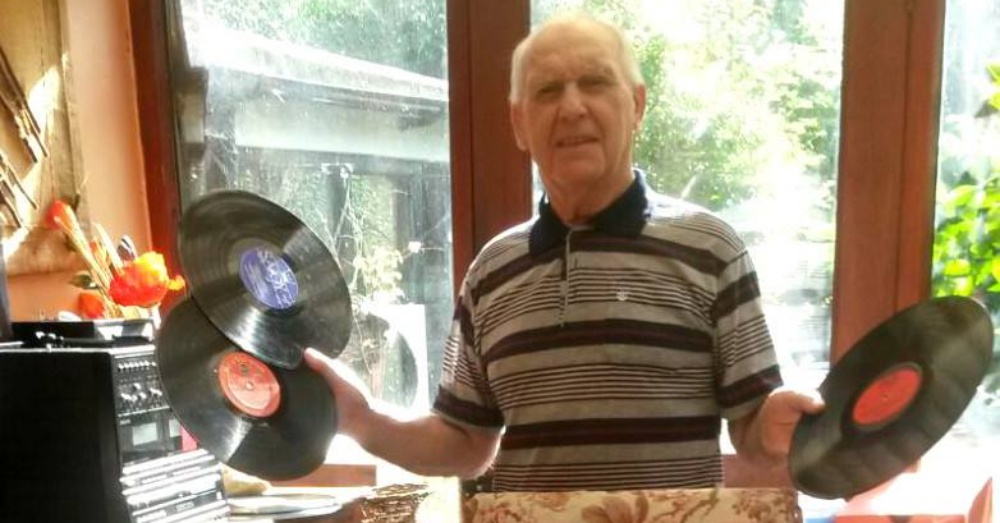 Simon has created a YouTube channel devoted to videos of his father’s solos and the pair’s duets. Sometimes the backdrop for these videos is Ted’s home, and other times Ted and Simon sing while in the car, as a sort of “carpool karaoke.” But no matter the location, Ted springs to life when he hears his favorite melodies begin to play. 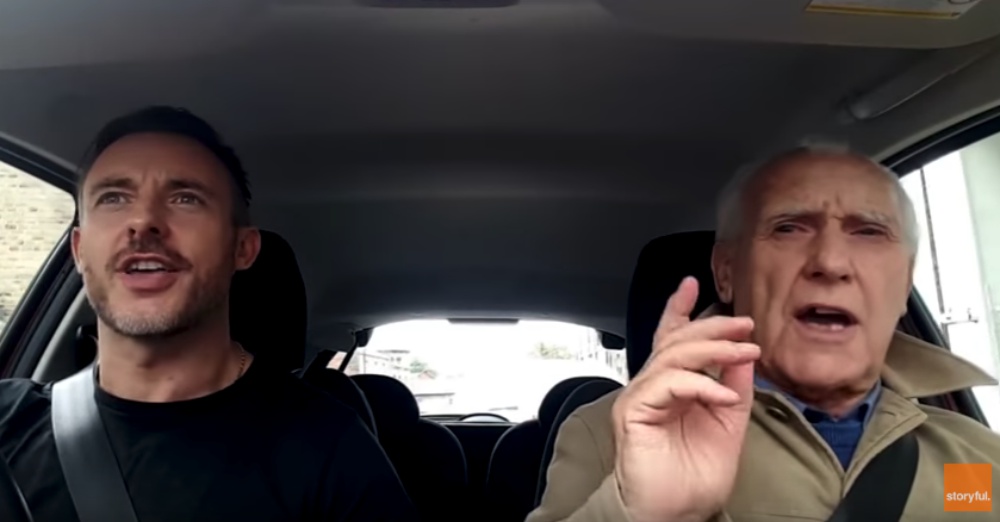 The elderly man’s performances have gotten a lot of attention on YouTube and social media sites, and Simon has also written a memoir about his dad’s extraordinary story. Ted’s fame even led to the creation of a record with Decca Records and Abbey Road Studios after a producer witnessed one of Tedd’s videos. That’s right—at the ripe old age of 80, Ted McDermott has landed a record deal! 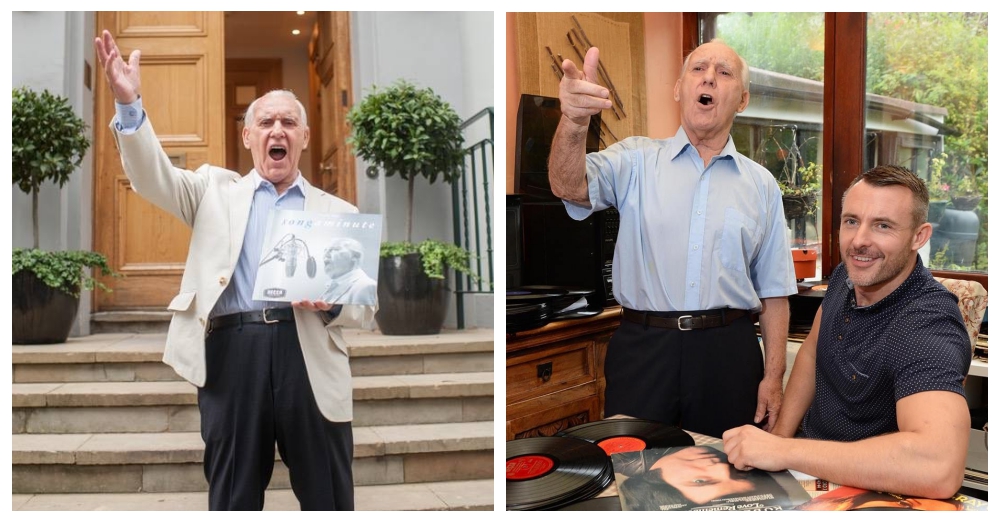 “Teddy’s voice is truly remarkable for any singer, let alone one 80 years of age,” says Decca executive producer Alexander Van Ingen. “It’s a captivating sound, and full of character and experience; in it, you can hear the worldly understanding of a lifetime.” 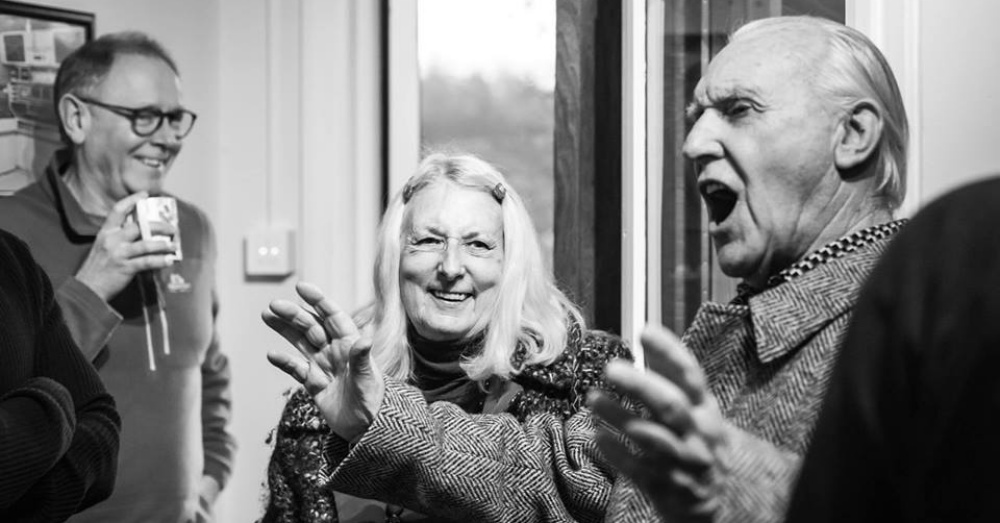 Ted and Simon have raised lots of awareness about Alzheimer’s disease, as well as £114,000 for the Alzheimer’s Society, with their videos. What a way to give back!

In the video below, Ted and Simon sing a downright delightful rendition of “L-O-V-E,” originally recorded by Nat King Cole in 1965. Check it out!

There’s no doubt about it. This senior gentleman is fully deserving of all his fame, both then and now, even if he doesn’t always remember it.