Christine Proctor’s children are grown up, and she has two young grandchildren that she’d love to see grow up as well. But she has Parkinson’s disease, which has already begun to take its toll on her quality of life. Chris knew she had to take a leap of faith if she was going to have a chance to spend many more years with her family.

In an effort to treat the incurable condition, she’s taking part in the trials for a new piece of technology that delivers medication directly to the part of the brain where it’s needed via an implant in the skull.

“I suppose it’s the biggest risk I’ve ever taken in my life actually,” says Chris. “But it was my risk, and it was about me.” 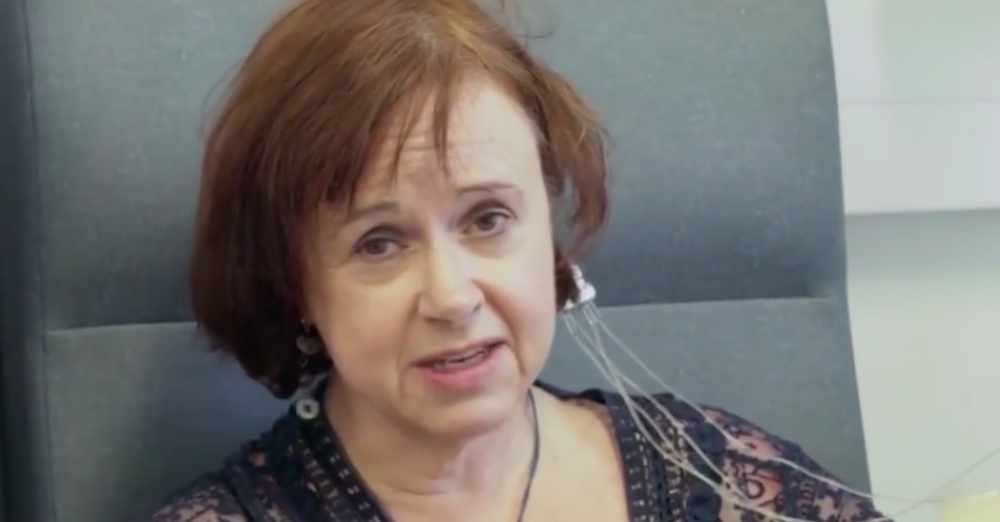 Chris has a port installed in the side of her head, to which a probe tool is attached to allow the medication to enter her brain each time she has a treatment session. Although she’s not able to feel the drug entering her brain through tiny tubes, she says it can be a little noisy when the device is attached to her port.

“It sounds as though she’s furiously sharpening a pencil inside my head,” says Chris. 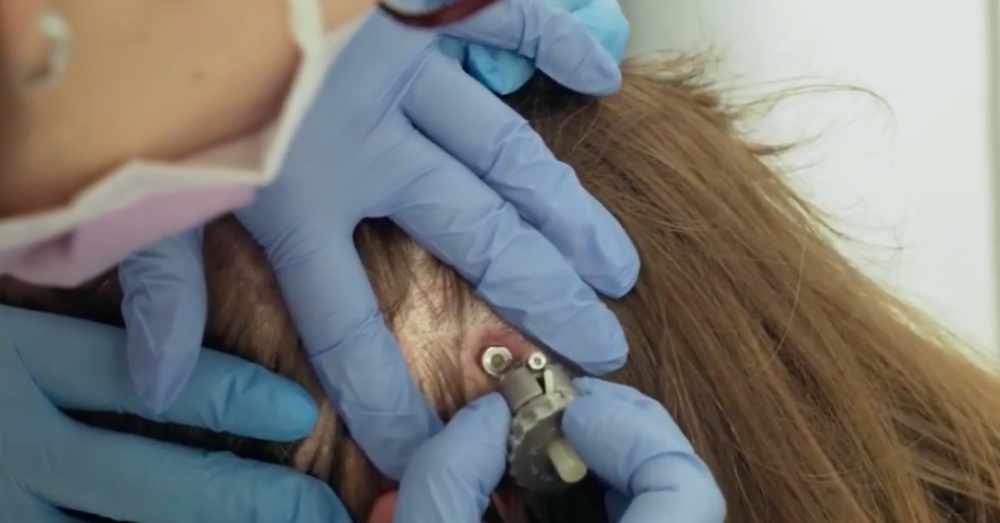 Outside of treatment, she makes light of her new “body part,” calling it a third eye when she’s around her grandchildren. She tells them it allows her to see what they’re doing behind her back. 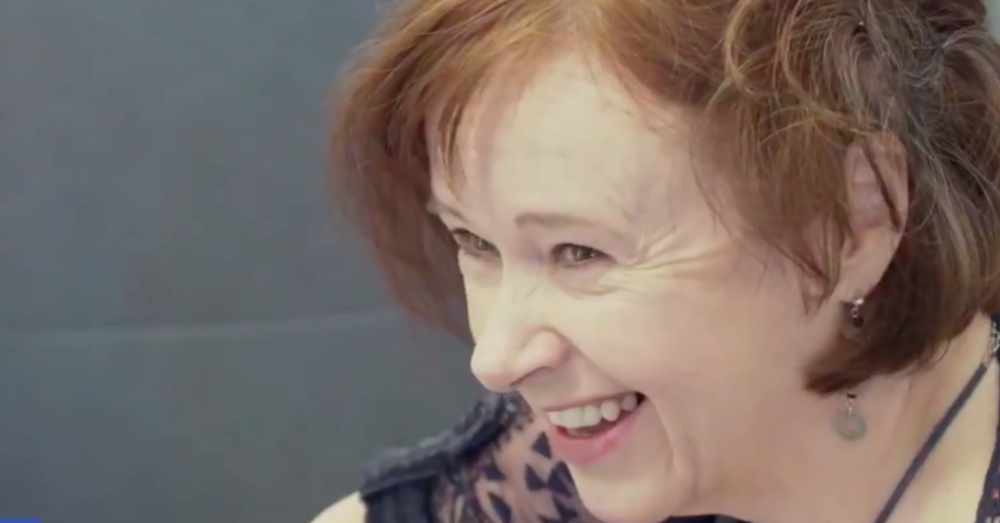 While this method of treatment is still in early trial phases, it’s showing a lot of promise for helping people like Chris, who have Parkinson’s disease, brain cancer, Alzheimer’s, or other neurological diseases, particularly incurable ones and those that are difficult to treat.

In Chris’s case, researchers pump GDNF, a chemical the body naturally produces to restore nerve damage, directly into the putamen in the mid-brain, where neuron death has gradually caused a lack of coordination in the rest of the body. By doing this, they hope to prompt the brain to regrow neurons which will stop the progression of Chris’s Parkinson’s. 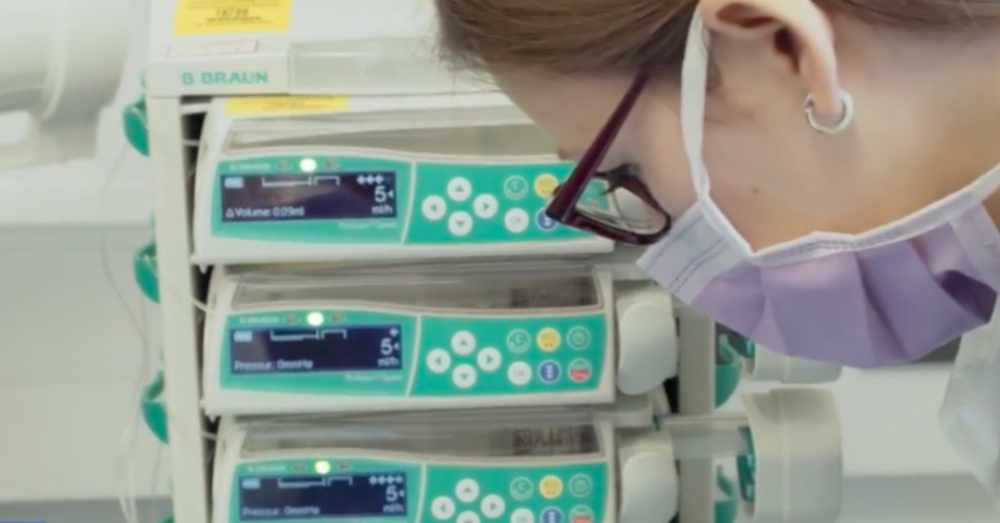 Most Parkinson’s patients see their neurological testing scores drop by about one point per year, but many of the 41 participants in this trial, like Chris, actually saw their scores increase by several points, averaging four points higher over nine months. Certain parts of their neurons even seem to be regrowing.

Not all the results are as positive as they seem, because the placebo used on the control group also caused an increase in neurological scores. But the team believes the regrowth of cells is a good sign that some healing is happening. 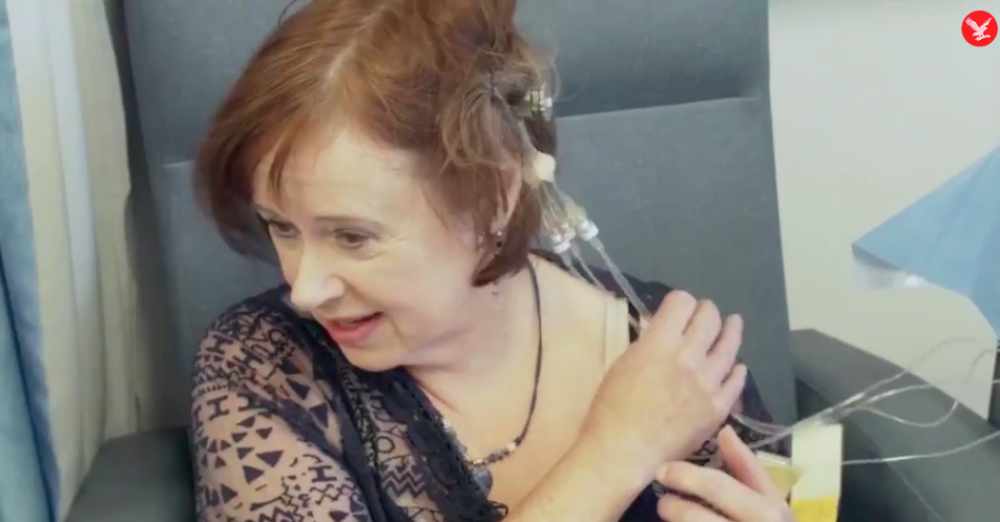 “The system developed for use here has been proven safe in practice over 80 weeks, which is a remarkable achievement,” says Professor Roger Morris, from King’s College London, who was not involved with the trial. “If intra-brain perfusion can be safely achieved for long-term drug delivery inside the brain, the range of medication that can be used to combat brain diseases – stroke and cancer as well as neurodegeneration – will be massively expanded.” 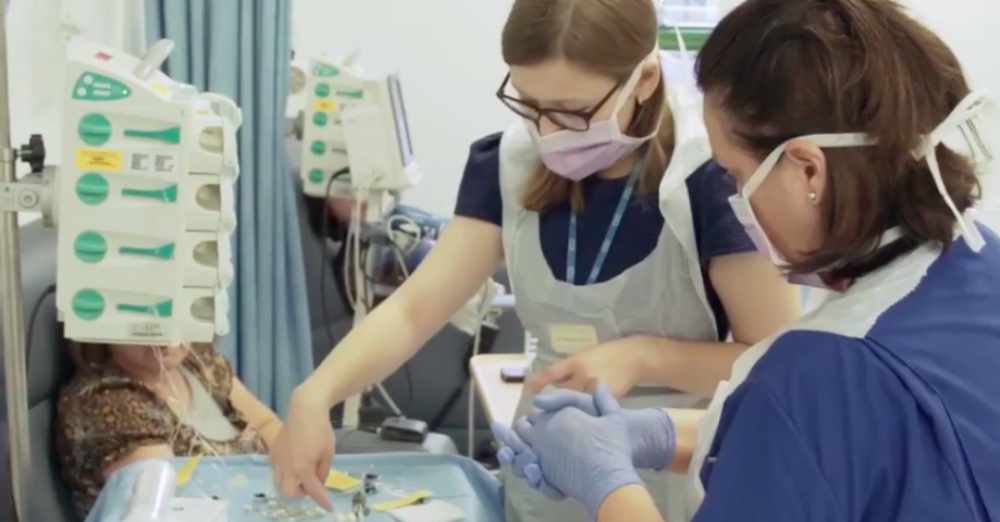 Could this be the key to helping patients with Parkinson’s, Alzheimer’s, cancerous brain tumors, and other neurological issues get the cure they seek or prolong their lives at a high quality? Only time will tell. For now, let’s thank our lucky stars that there’s one more promising technology out there to get us closer to the answers.

Learn more about the amazing technology that may help treat or cure people with currently incurable neurological diseases in the video below.