Maria Shriver knows firsthand the challenges and heartbreak of having a family member with Alzheimer’s. Her father, Sargent Shriver, battled the disease for eight years, and she watched him deteriorate until his death in 2011. Her family’s experience led her to become a fierce advocate in the fight against Alzheimer’s, and she has used her platform as a television journalist to bring awareness to the devastation this disease brings.

In 2009, Shriver founded a non-profit organization called The Women’s Alzheimer Movement, which has done amazing things to advocate for awareness and research of the disease, particularly its disproportionate impact on women. 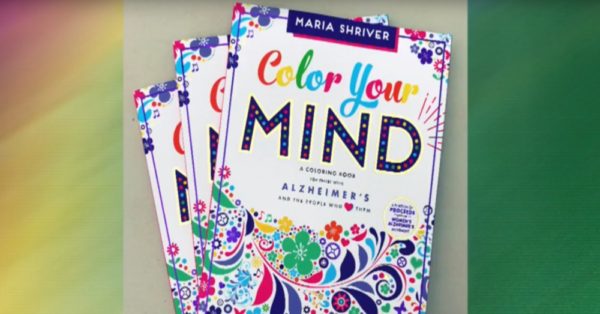 Shriver’s latest project is a coloring and activity book called Color Your Mind, which is specifically geared towards those with Alzheimer’s and dementia. The book was inspired by Shriver’s experience with her father, and interviews with caregivers and Alzheimer’s patients in numerous nursing facilities. Along with coloring activities, Color Your Mind features tips on nutrition, fitness, and social connection, and includes insights and encouragement from medical professionals, caregivers, and those with Alzheimer’s. 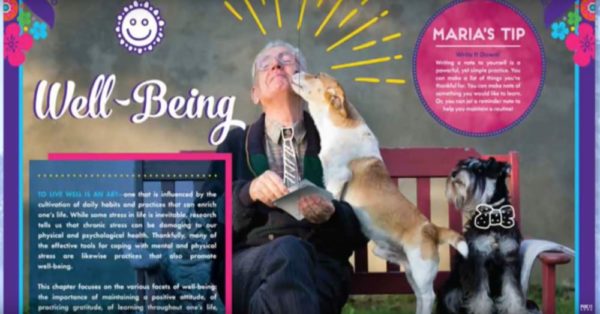 Perhaps the most important goal of Color Your Mind is to inspire connection through creativity. Through the act of coloring, those with Alzheimer’s are able to express themselves, which they may not otherwise be able to do easily. Doing the activities with a loved one provides a way to communicate without words, and the prompts and topics addressed by the book can lead to insightful conversations among friends and family members, making the issues surrounding Alzheimer’s less isolating and intimidating.

Watch Maria Shriver discuss her book and offer tips on managing Alzheimer’s in the video below!