Retired Supreme Court Justice Sandra Day O’Connor has announced that she has dementia, and that it’s likely Alzheimer’s Disease.

O’Connor was the first female justice on the Supreme Court. By nominating her in 1981, President Ronald Reagan fulfilled his campaign pledge to name the first ever female justice. 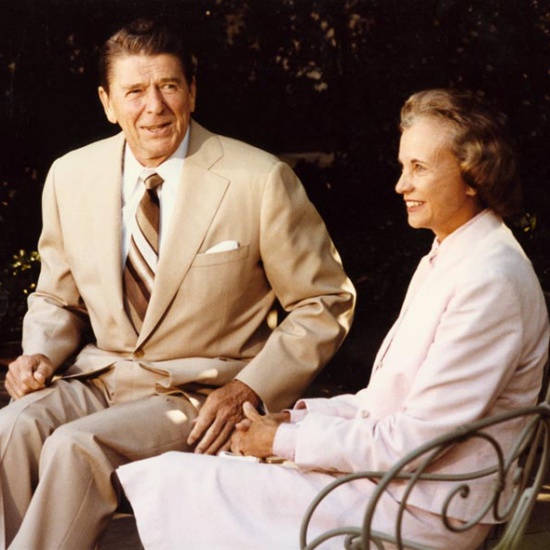 She served from 1981 to 2006, and, as a moderate conservative, often acted as a swing vote on the court. Some of the notable cases she ruled on during her time on the Supreme Court were the Bush v. Gore election, McCain-Feingold campaign law, the 1992 Planned Parenthood v. Casey decision regarding abortion rights, and the use of affirmative action in admissions policies at colleges.

In 2009, she was awarded the Presidential Medal of Freedom, the nation’s highest civilian honor, by President Barack Obama. 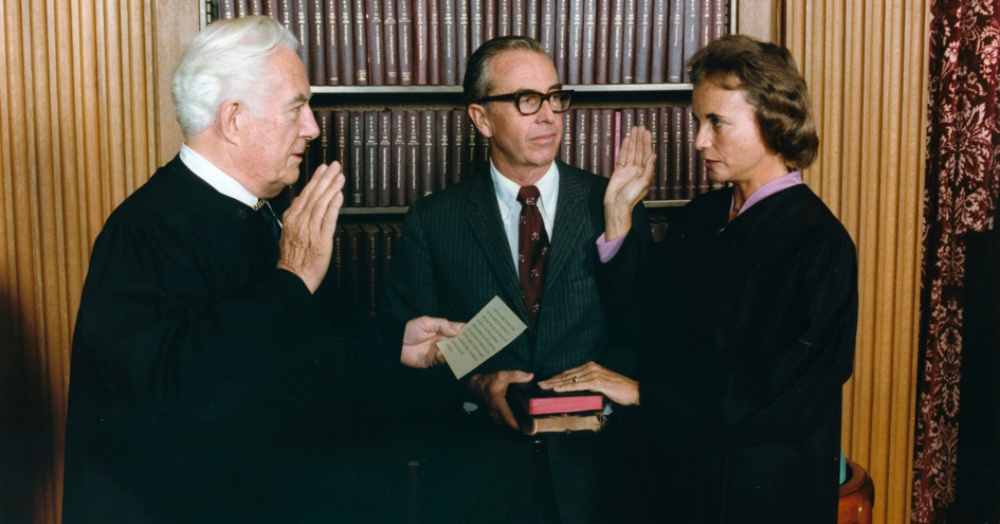 She retired at the age of 75, even though she was still healthy at the time and could easily have held the position for several more years. However, her husband, John, was in the advanced stages of Alzheimer’s and so she retired to help care for him. He passed away in 2009.

“Driven by her own experience caring for her husband as he battled dementia, Justice Sandra Day O’Connor channeled this passion into her work as a critical member of the Alzheimer’s Study Group,” stated Robert Egge, chief public policy officer of the Alzheimer’s Association. “She played an important role in making Alzheimer’s the national priority it is today.”

Since her retirement, O’Connor has continued to spread awareness about Alzheimer’s. She also became chancellor of the College of William & Mary in Williamsburg, Virginia. On top of that, she started a program called iCivics that now reaches half of middle school and high school students in the U.S., teaching them the core principles of civics via free, interactive games online. 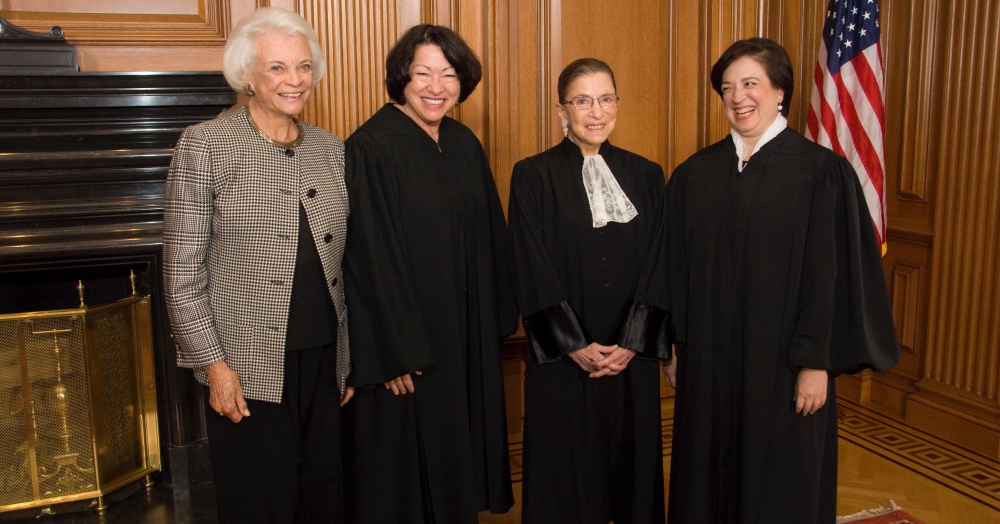 Then, “some time ago,” as she stated in her letter to the public, she was told she was in the beginning stages of dementia herself. It has progressed to the point where she is withdrawing from public life, as she is no longer able to participate fully.

As for what she’ll do moving forward, O’Connor is realistic — and grateful for her past experiences.

“I will continue living in Phoenix, Arizona, surrounded by dear friends and family,” she wrote. “While the final chapter of my life with dementia may be trying, nothing has diminished my gratitude and deep appreciation for the countless blessings in my life. How fortunate I feel to be an American and to have been presented with the remarkable opportunities available to the citizens of our country. As a young cowgirl from the Arizona desert, I never could have imagined that one day I would become the first woman justice on the U.S. Supreme Court.” 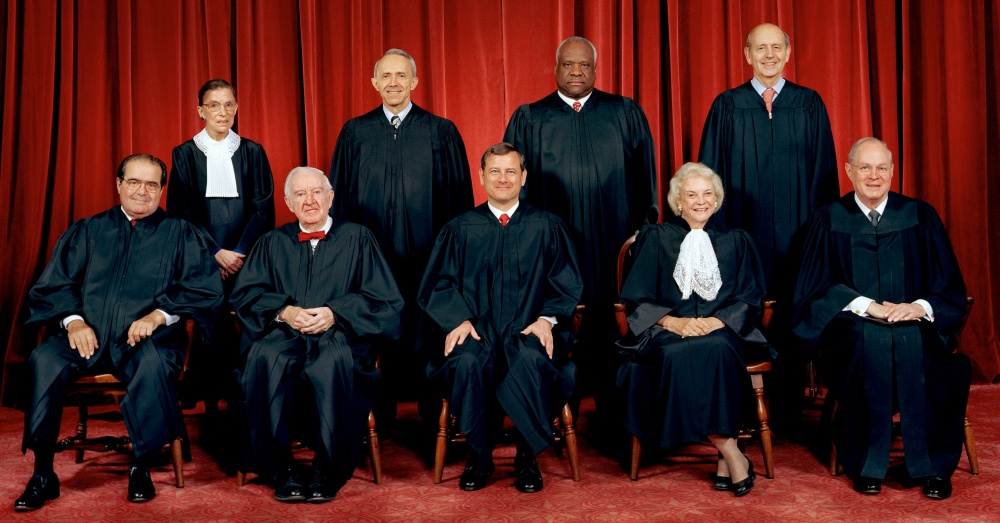 Read O’Connor’s letter in its entirety below.

I want to share some personal news with you.

Some time ago, doctors diagnosed me with the beginning stages of dementia, probably Alzheimer’s disease. As this condition has progressed, I am no longer able to participate in public life. Since many people have asked about my current status and activities, I want to be open about these changes, and while I am still able, share some personal thoughts.

Not long after I retired from the Supreme Court twelve years ago, I made a commitment to myself, my family, and my country that I would use whatever years I had left to advance civic learning and engagement.

I feel so strongly about the topic because I’ve seen first-hand how vital it is for all citizens to understand our Constitution and unique system of government, and participate actively in their communities. It is through this shared understanding of who we are that we can follow the approaches that have served us best over time – working collaboratively together in communities and in government to solve problems, putting country and the common good above party and self-interest, and holding our key governmental institutions accountable.

Eight years ago, I started iCivics for just this purpose – to teach the core principles of civics to middle and high school students with free online interactive games and curriculum that make learning relevant and remarkably effective. Today, iCivics (www.icivics.org) reaches half the youth in our country. We must reach all our youth, and we need to find ways to get people – young and old – more involved in their communities and in their government. As my three sons are tired of hearing me say, “It’s not enough to understand, you’ve got to do something.” There is no more important work than deepening young people’s engagement in our nation. 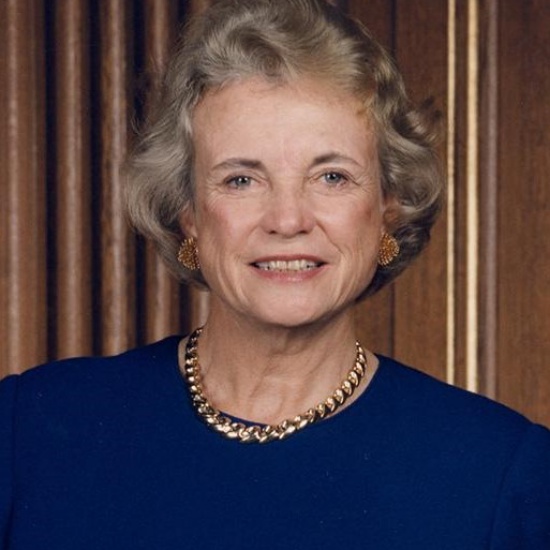 I can no longer help lead this cause, due to my physical condition. It is time for new leaders to make civic learning and civic engagement a reality for all. It is my great hope that our nation will commit to educating our youth about civics, and to helping young people understand their crucial role as informed, active citizens in our nation. To achieve this, I hope that private citizens, counties, states, and the federal government will work together to create and fund a nationwide civics education initiative. Many wonderful people already are working towards this goal, but they need real help and public commitment. I look forward to watching from the sidelines as others continue the hard work ahead.

I will continue living in Phoenix, Arizona, surrounded by dear friends and family. While the final chapter of my life with dementia may be trying, nothing has diminished my gratitude and deep appreciation for the countless blessings in my life. How fortunate I feel to be an American and to have been presented with the remarkable opportunities available to the citizens of our country. As a young cowgirl from the Arizona desert, I never could have imagined that one day I would become the first woman justice on the U.S. Supreme Court.

I hope that I have inspired young people about civic engagement and helped pave the pathway for women who may have faced obstacles pursuing their careers. My greatest thanks to our nation, to my family, to my former colleagues, and to all the wonderful people I have had the opportunity to engage with over the years.

God bless you all.

Gene Wilder’s Widow Opens Up About Caring For Someone With Alzheimer’s: Click “Next” below!