Social Security is currently supporting 65 million Americans through the U.S. federal payroll tax (FICA), but the system is not sustainable.

Social Security trustees announced that the trust fund would run out of money in 2033, a full year before previously projected.

As Fox Business reports, the Old-Age and Survivors Insurance (OASI) Trust Fund, which provides benefits for retirees, is expected to run out of money by the end of 2033. Tax revenue will cover just 76% of scheduled benefits after that year. The Disability Insurance (DI) Trust Fund, which provides disability benefits, is meanwhile funded through 2057.

Even Medicare will run out of its current funding by 2026.

Trustees have considered combining the funding pools for these services. That model would provide Social Security dependents with just 78% of their scheduled benefits through 2034, according to the Social Security Administration.

When these funds run out, Social Security recipients will see their monthly checks cut by about 25%. Millions of elderly Americans will fall into poverty as their incomes are drastically reduced. That’s apparently not something many Americans are planning for. A Gallup poll from 2021 found that 38 percent of working U.S. adults thought they would be able to draw from Social Security when they got older. In reality, Social Security is the main source of income for 57% of retired Americans.

According to the Washington Post reports, the average monthly Social Security payment for retired workers was $1,556.72 in July 2021. That payment could be cut to $1,183.11 in 2033 if action is not taken by Congress.

As CNBC reports, this loss of income will have a terrible impact on the economy, and will make survival a challenge for those who rely on Social Security.

The cap on FICA contributions allows the richest one percent of Americans to avoid contributing to the national retirement fund. The current cap on contributions is $147,000 in 2022. As shown in a report by the Congressional Research Service, eliminating the cap on contributions could keep Social Security solvent for years to come by raising revenues close to 50%, funded by wealthy Americans paying the same small tax already paid by almost everyone else.

Click below and ask the Social Security Administration to eliminate the cap on FICA contributions! 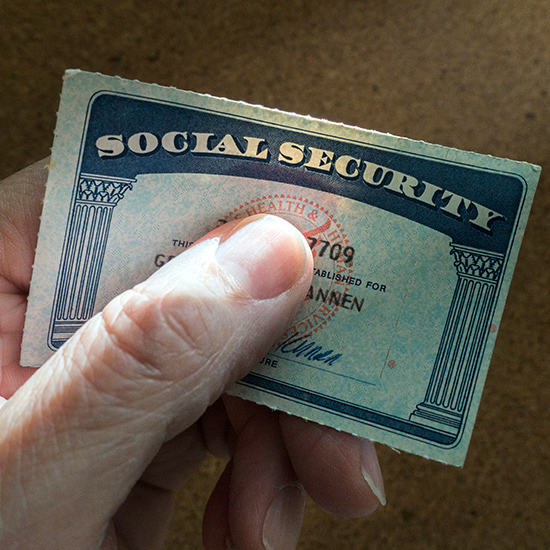 The Social Security system is a critical source of income for 65 million Americans, but it is expected to run out of money in 2033.

Help us ask the Social Security Administration to “Scrap the Cap!”