Throughout Steve Goodwin’s life, there have been two constants: Joni and music.

Steve learned to play piano as a small child and fell in love with music and songwriting. He met Joni when they were 8 years old in Sunday School class, where they spent their time teasing each other between Bible lessons. They fell in love as teenagers, and Steve wrote the first song for Joni when they were 15. They were married five years after and have now been together over 46 years. 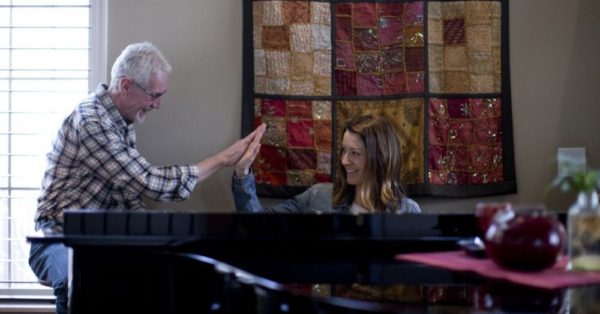 Steve’s numerous piano compositions have provided the soundtrack to their lives – through courtship, a wedding, births of children, anniversaries, and every day in between. But now, Alzheimer’s is threatening to stop the music. Unfortunately, Steve never transcribed the music; he kept it in his head where he assumed it would be safe. Now, he struggles to remember the songs that once came so easily. He and his family were devastated but resigned to lose the music.

Naomi and Melissa, Steve’s youngest daughter, had become fast friends a few years prior when their kids attended preschool together. She also just happens to be an extremely gifted professional pianist and knew she could help when Melissa revealed Steve’s struggles. Naomi sat down with Steve and helped to piece together his compositions based on the parts he could still remember. Over the next year and a half, she helped him transcribe 16 of his favorite songs and even to create a new composition, called “Melancholy Flower.” 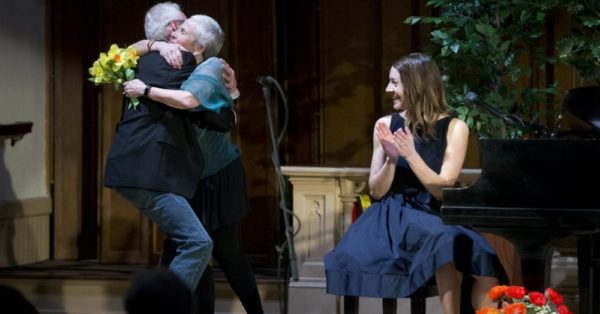 Knowing that Steve’s beautiful music needed to be shared with the world, Naomi performed “Melancholy Flower” at the Oregon Repertory Singers Christmas concert. It was a success, and another concert featuring Steve’s songs was scheduled. His music has been recorded to a CD, and now there’s even talk of a movie about his life. He has finally arrived as a musician, and his songs will live on, able to spark memories in Joni and their children for the rest of their days.