Woman with Dementia Has the Cutest Photoshoot with Santa You’ll Ever See!

It doesn’t matter who you are; you’re never too old to love Santa Claus. And one adorable visitation in Albuquerque, New Mexico, captured in the world’s sweetest photoshoot, is proof of that.

Karen is a great grandma who is in the last stages of dementia and has recently entered hospice care. And in spite of the fact that her mind is slipping away due to the disease’s progression, her loved ones can attest to the fact that she is Santa’s biggest fan. She’s been visiting him in the mall for years, and she has a Santa doll that she sleeps with. Though she doesn’t speak much to people, she’ll talk to the doll in her native tongue, Japanese.

So it makes sense that on December 9, her daughter-in-law, Linda Rangel, scheduled a special photoshoot with Santa. The result of the session was so sweet that it has taken the internet by storm. And it’s no wonder! 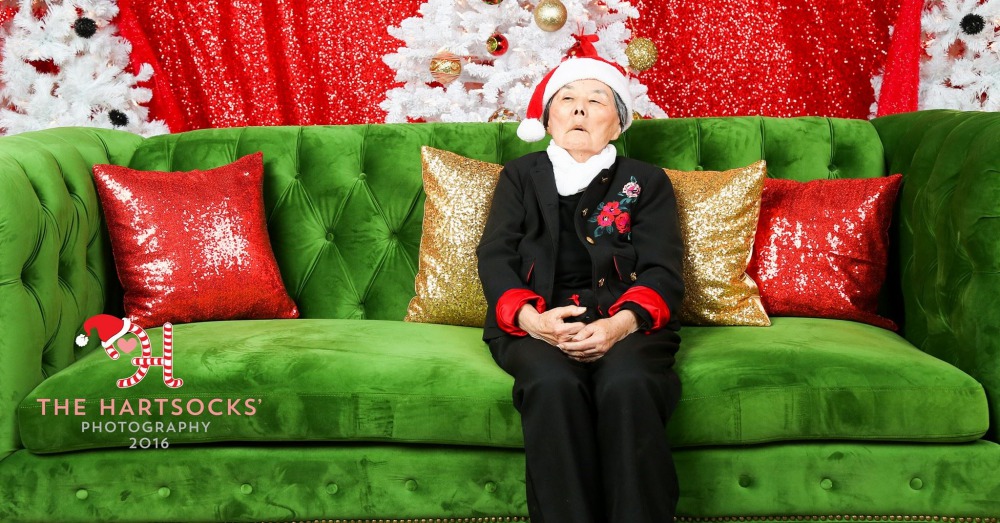 Of course, the holiday photoshoot wouldn’t be complete without Santa bringing his biggest fan a gift: a busy blanket to help keep her calm. 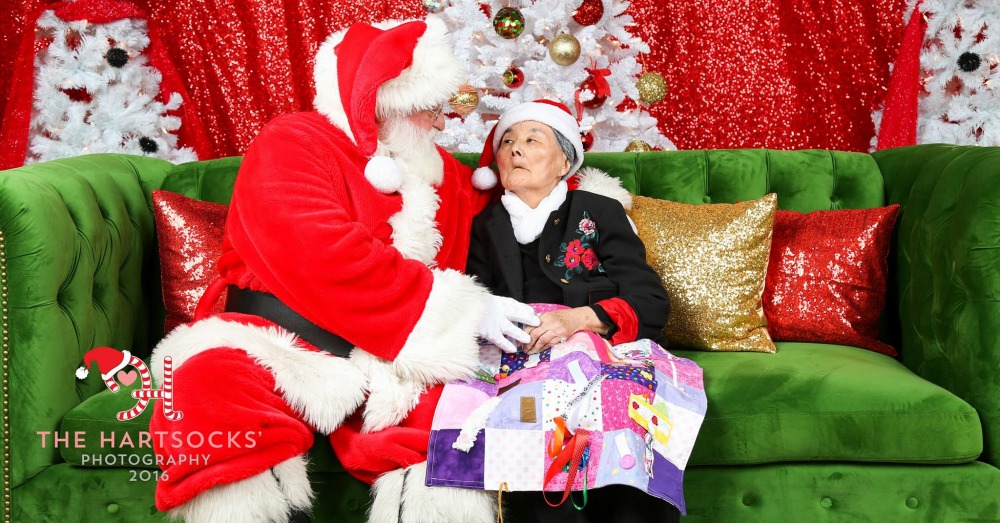 Karen’s response to meeting Santa was nothing short of magical. She talked to him, telling him she loved him and remembered seeing him in years past.

“Every time Santa…got close to her, she would nuzzle in and close her eyes as if there was no place she would rather be,” wrote The Hartsocks’ Photography on a Facebook post about the sweet photoshoot. “It was so sweet and emotional for Santa and our whole staff. (Santa held it together through her shoot, but cried when she left). She will always be Santa’s favorite client and ours, too! There wasn’t a dry eye in the studio during her visit!” 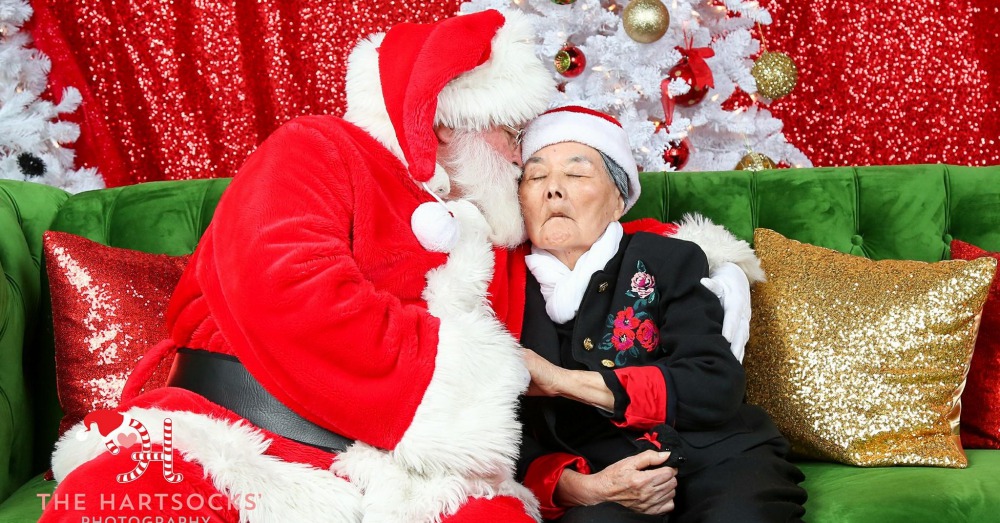 Photo: Facebook/The Hartsocks’ Photography: There are no words.

The photoshoot wasn’t just special for Karen, but for everyone involved—Santa included.

“She just looked at me and I just felt like I was 10-foot-tall,” said Santa. “You can just see the joy in her face and her eyes and her smile. That’s what Christmas is about.”