Most people think dementia is merely a simple loss of memory, but it can be so much more than that. Memories don’t always just get lost; sometimes they get distorted, or new memories get made up in the person’s head. The confusion of so many memories, both real and fake, can cause severe anxiety and other serious issues. Awareness of this common problem is important to make sure that all people with dementia are cared for as well as possible, including their psychological needs.

Recently, a Reddit user who goes by Lowcrbnaman on the site posted a photo of a special note a woman wrote to her mother with dementia. The message, written in different colors on a whiteboard, serve as a constant reminder to her elderly mother that the things she’s anxious about are not real concerns. The reminders serve to calm her down when she believes there’s a problem. 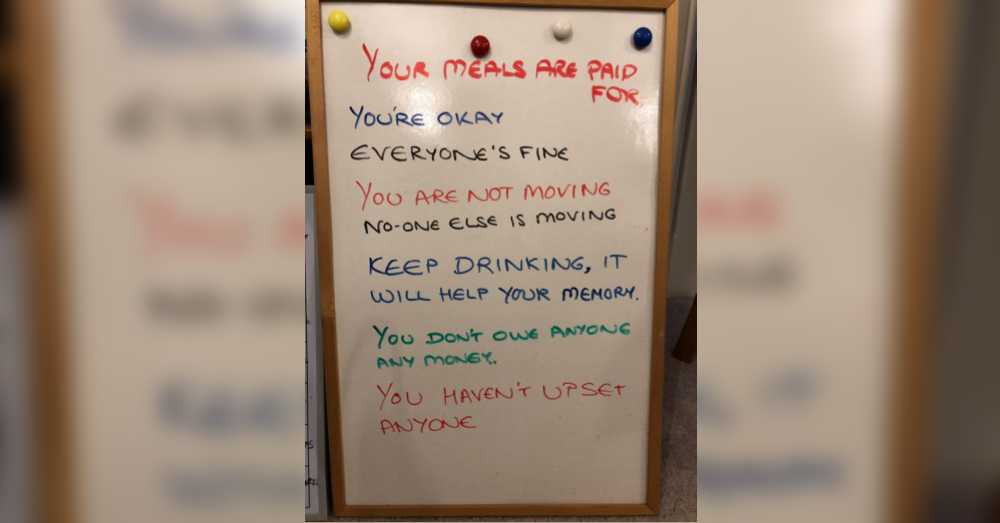 “Your meals are paid for.
You’re okay.
Everyone’s fine.
You are not moving.
No one else is moving.
Keep drinking; it will help your memory.
You don’t owe anyone any money.
You haven’t upset anyone.”

But what’s truly amazing about this message is that it has stricken a chord with so many other caregivers and family members of someone with dementia who has very similar anxieties. The post has 111k upvotes and 2.2k comments. It seems that many people have witnessed a loved one with this horrible disease suffer from crippling fears of not being able to pay for things or thinking other people are mad at them.

“‘You can use the bathroom whenever you like,'” wrote Reddit user Kryptosis. “My ex’s great grandma used to think she had been told she wasn’t allowed to go to the bathroom 🙁 Sad and very dangerous.” 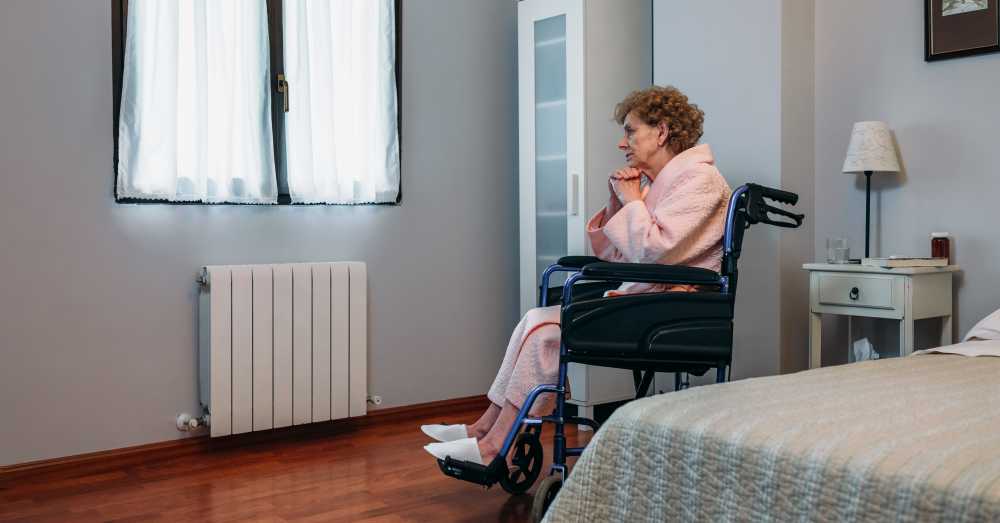 “I used to work as a nurse in a nursing home. I couldn’t count the times that an elderly resident would refuse to eat, and when questioned would admit they had no money to pay. It was a shock as new nurse to see it,” reported another Reddit user.

“I had a resident that always asked for the bill after meals, wrote a third Reddit user. “I would tell him I got it this time, next time you pay. Then he would offer to help pick up dishes and clean up dining room. He was a great guy.” 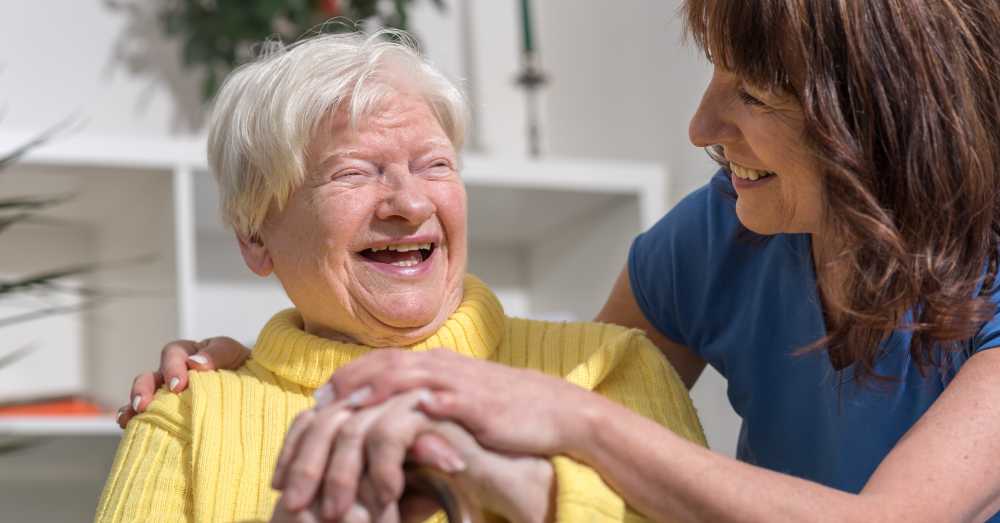 One web user even reported using a similar method to prevent dementia patients from falling. “I leave signs similar to these on walkers to help my residents with dementia. Stand tall, look ahead, stay close to your walker, etc. Great visual cues to compensate for memory loss and to reduce fall risk. The paid-for meals really hit home for me. I have to remind my patients of this all the time. What a great daughter!”

The world could use more of these positive notes that remind dementia patients that, although their feelings are real, they needn’t worry. What a beautiful and calming message to an elderly person suffering from dementia and anxiety!

8 Reasons Why Alzheimer's Patients Yell And Lash Out, And What You Can Do About It: Click “Next” below!