When Bella Doolittle was diagnosed with Alzheimer’s at age 59 and told she had eight years to live, she was flabbergasted. She just couldn’t believe that she could have the disease at such a young age. She had felt “off” for months, and had found herself getting lost in familiar surroundings, but still never expected that she would be hit with the diagnosis. She and her husband, Will, were forced on a new path they never anticipated.

Bella, a self-professed workaholic, was forced into early retirement when her employer learned of her diagnosis. She feels she could have continued working, but admits that her assessment of the situation may be unreliable. Increasingly dependent on Will to recall events and to let her know when her perceptions of reality are incorrect, Bella has had to give up the “leader” role in their relationship. This change in dynamics has been difficult to adapt to, but Bella and Will are determined to face it together. 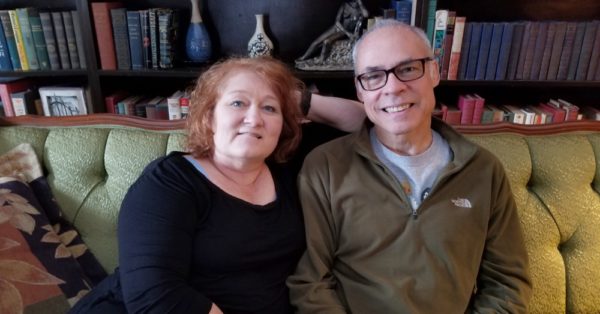 The changes her diagnosis brought have not been all bad, however. Once a high-strung perfectionist, Bella is now more cheerful and easy-going. She says, “I used to be fairly bossy and demanding and I wanted everything to be the exact perfect way, and I just don’t have that desire any more. I didn’t decide it, I just stopped caring about having everything perfect, which is kind of a big deal because I was really an A type personality. But now, I’m friendly and nothing bothers me, it’s pretty odd.”

This new openness has allowed Bella to want to share her experiences with the public, to show what life with Alzheimer’s is truly like. Will, who is a journalist, suggested that they start a podcast to document their journey. Their podcast, The Alzheimer’s Chronicles, debuted in late 2017. 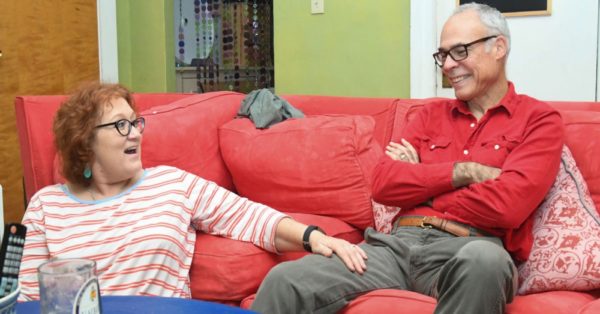 Through the podcast, Bella is especially determined to fight the pervasive societal stigma of having Alzheimer’s. She refuses to be ashamed of having the disease, defiantly stating, “Society tends to put pressure on you [if] you’re not perfect, but I’m not embarrassed that I have Alzheimer’s. I’m upset because I don’t want to die and leave my husband and my children and my animals, but I’m not embarrassed.”

Listen to one of the podcasts below, and go here to hear the rest, accessed through the “COLUMN” links.