Stephanie Rainey is a pop/rock artist from Cork, Ireland. Her music is “emotional, honest and incredibly catchy… with an unique and captivating folk twist,” according to the bio on her website. But it wasn’t until recently that her music caught the attention of millions.

When she released the music video for her single “Please Don’t Go” on August 17, 2015, the feedback she received was incredible. The video captured over 1.5 million views within the first 24 hours. Part of her new EP, the song about loss was born from personal experience: Rainey lost her nephew Fionn the day before his first birthday. “I remember the exact place it came from and it never loses its meaning no matter how many times I play it,” she says of the song. “Since then, I’ve wanted to create a music video that reflects this and which could potentially help people who are struggling with loss while also giving people a chance to tell their story.” 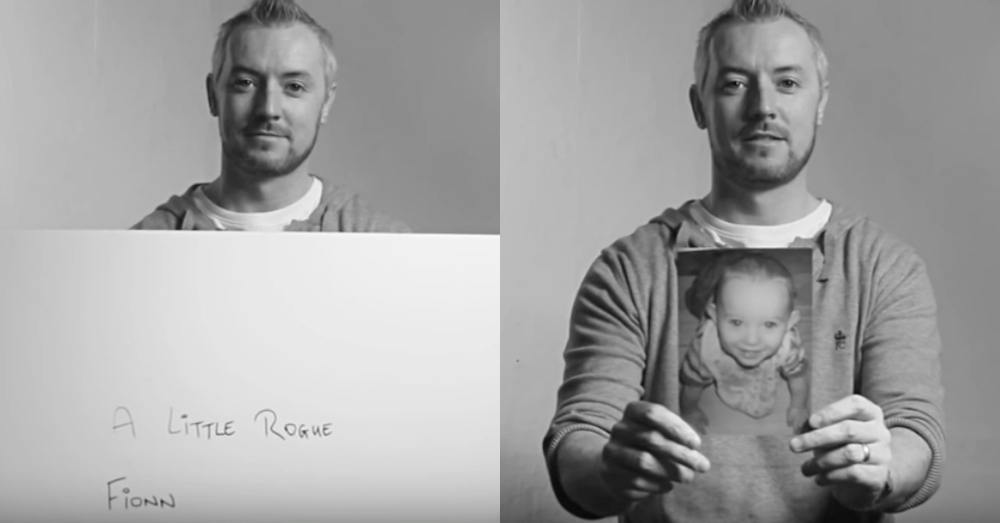 In the video, several people who have lost loved ones share their stories by holding up signs and photos. They lay bare their loss in a series of brief but powerful moments punctuated by only a few words.

When Stephanie approached friends and family members to be a part of the video, she did so with great care and awareness; she knew that what she was asking of them would be difficult. Among the people featured in the video are her brother Dylan, and comedian Cian Twomey.

“I hope that whoever watches this gets something from it,” Steph wrote on her Facebook page.

We hope you do, too. Take a look — and be sure to watch until the end.