At the age of 35, Lenny White decided he needed a change. He’d spent time serving meals to the elderly as a young man, and he wanted to get back into it and do a job where he could listen to seniors’ stories and help keep up their spirits. So he quit his lucrative career as a marketing consultant to go back to school and earn his diploma in barbering.

In June of 2016, White was finished with school and began working on elderly men at Kingsland Care Centre in Bangor, where a friend worked as an activity therapist. White brought a jukebox along, and he and his friend immediately noticed a difference in the demeanor of the people he worked with.

Now White visits clients in hospitals, nursing homes, and their own homes across northern Ireland. “Basically, I will bring in the barber shop to those people who can’t make it to the barber shop,” he says. 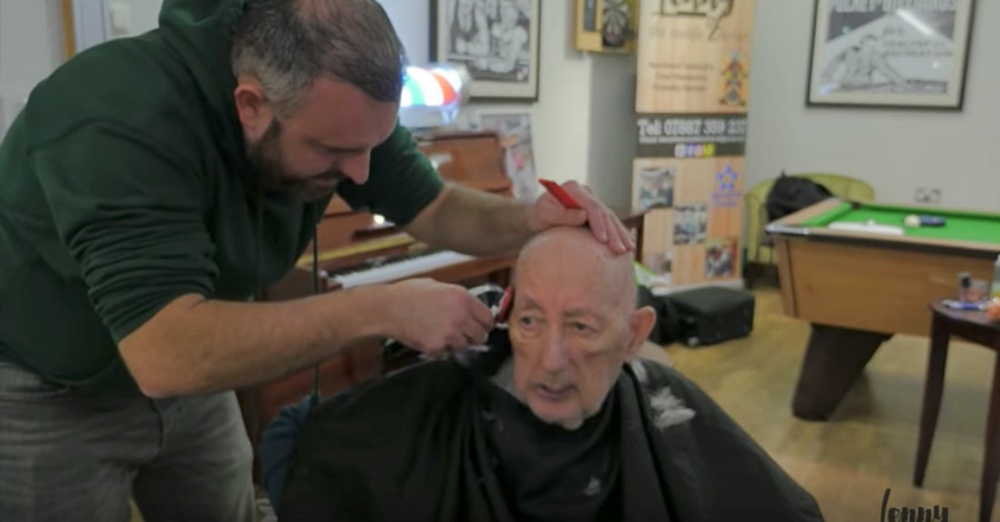 The Alzheimer’s Society of Northern Ireland reached out to White to offer him a dementia course so that he could bring an even better dementia-friendly experience to his clients. And of course, he accepted. 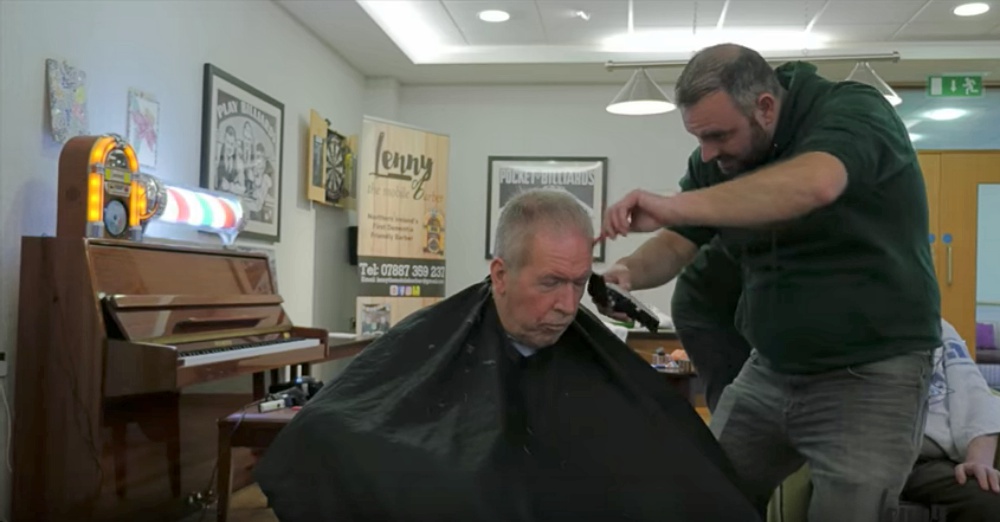 Now White brings a jukebox and other old-timey decorations with him on all his visits to clients, wherever they’re located. The men he shaves and trims can reminisce as they listen to old tunes and smell the distinct scent of traditional shaving creams. 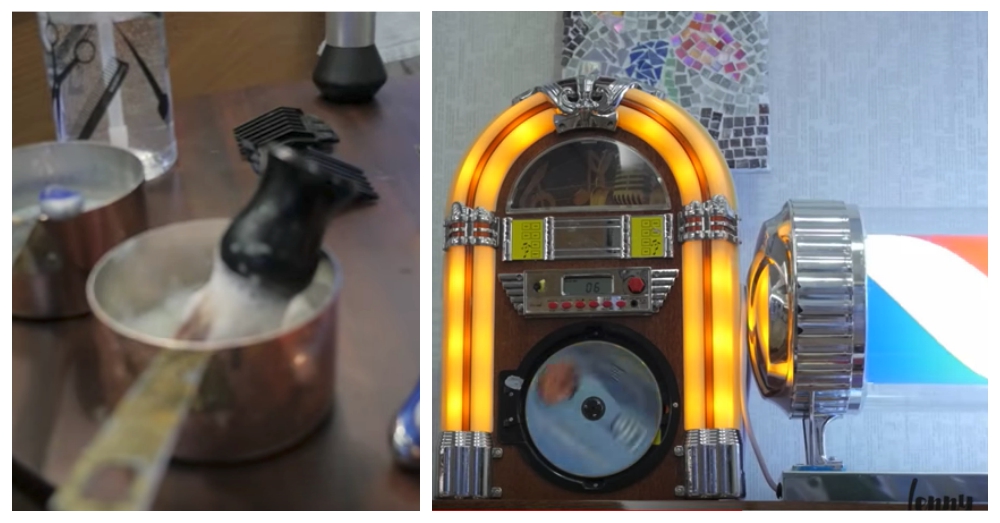 White says his clients are completely changed after their barbershop experiences, from their attitudes to the brightness of their skin tone.

“The atmosphere seems to create a sense of peace within them.” 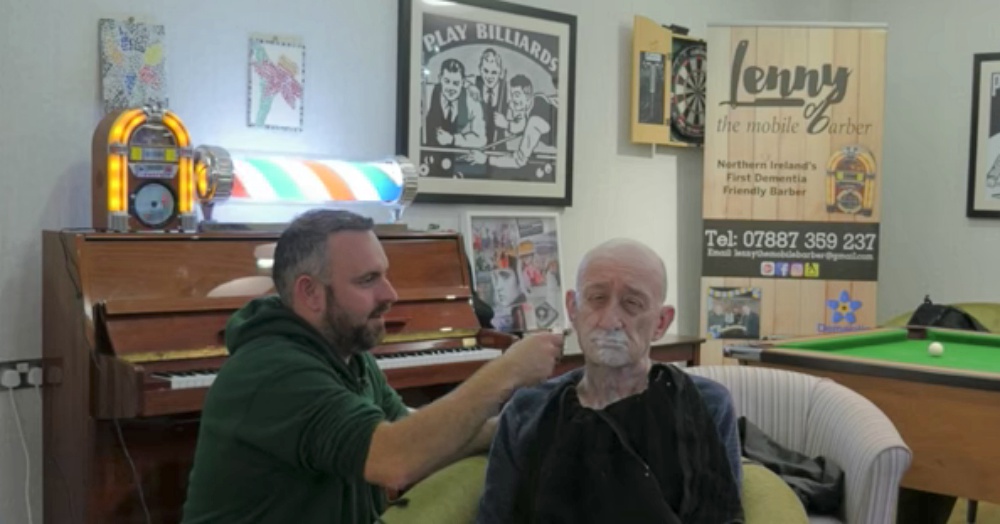 Check out the video below to learn more about White’s work and to see the award he received from the Alzheimer’s Society.