If you had to choose a group of people to use for a scientific study, a superfluity of Catholic nuns probably wouldn’t be the first thing to come to mind. However, on closer inspection, nuns may be the perfect candidates for many types of studies. They generally live similar lifestyles, share the same sex, and are exposed to the same external environment, usually for the majority of their lives. And in 1986, one intelligent scientist made that important connection and approached some nuns to ask for their help.

David Snowdon had just begun researching Alzheimer’s disease, backed by the National Institute of Aging at the University of Minnesota, and was hoping to learn the reason why some people’s brains deteriorate quickly in old age, while others do not. But his research subjects had too many variables, making it difficult to draw any conclusions from his data.

He had to find some way to reduce the number of variables in his study. So he took a visit to the School Sisters of Notre Dame, a group of non-smoking, completely sober women who lived in the same place, participated in the same activities, did not experience the physical changes of pregnancy, and kept all their medical records on file in the same place, where Snowdon could easily access it all with their permission. He acquired 678 participants, aged 75 to 103, from seven convents of the same order, and immediately got to work on his “Nun Study.” 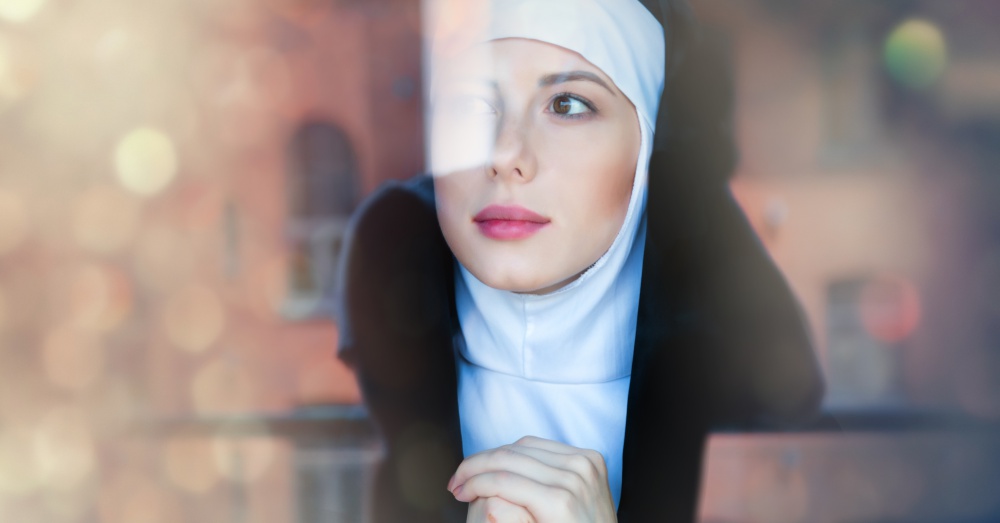 The nuns agreed to a series of memory tests and blood work at regular intervals and the donation of their brains to science at the time of death. For the most part, they were more than happy to do these things for the progress of science, perhaps due in part to their belief in the importance of the greater good and the uselessness of their bodies after death, when the soul departs from its earthly vessel.

“One of the unique aspects of this study,” says Sister Charlene, of the School Sisters of Notre Dame, “were the large numbers willing to donate their brain whether they had any dementia or not.”

Snowdon also analyzed the linguistic complexity of the biographical essays each nun wrote before entering the religious order. His research is ongoing, but it has found a significant difference in the linguistic complexity of these documents between nuns who would and would not later develop Alzheimer’s disease. Those whose essays were linguistically simple were more likely to develop Alzheimer’s disease later in life.

Since the beginning of the Nun Study, a second study, the Rush Religious Orders Study, has begun in 1993 on a larger sample size of 1,350 participants from 40 different religious orders. Both have yielded useful conclusions in the fight against Alzheimer’s, including the fact that folic acid helps prevent Alzheimer’s and the idea that small strokes may bring on dementia. A correlation has also been found between positive emotions throughout life and strong mental health in old age. Both studies will hopefully continue to reveal secrets about the disease for the purpose of creating treatments, preventive methods, and cures.