If you are the caretaker of a parent or other loved one with Alzheimer’s, you know there are just some things you wish people would stop saying to you. The problem is that other people don’t realize how hurtful the things they say can be.

For those of you who don’t know what to say to someone who is taking care of an Alzheimer’s patient, here is a list of what not to do that may enlighten you a little on proper etiquette with caretakers.

Don’t make the caretaker decide how much is too much to ask of you or try to come up with something you could do to help. Don’t make them guess whether you’re just being polite or whether you’d actually be willing to assist them in some way. You know your own strengths and abilities. Use your imagination a little and come up with some way to make life easier. Offer to sit with their loved one while they go out. Ask if you can bring them a meal or drive them to the doctor. Tell them you’re praying for them. But don’t leave it as vague as “anything.”

Well, yeah. Don’t you think they know that already? But it’s hard. They’ve got enough to do as it is, and something had to be cut out of the schedule to make it all work. Telling a caretaker that they “should” get out is just putting one more thing on their plate. Unless you’re willing to fill in the gaps to allow them a day off, try not to use this phrase. 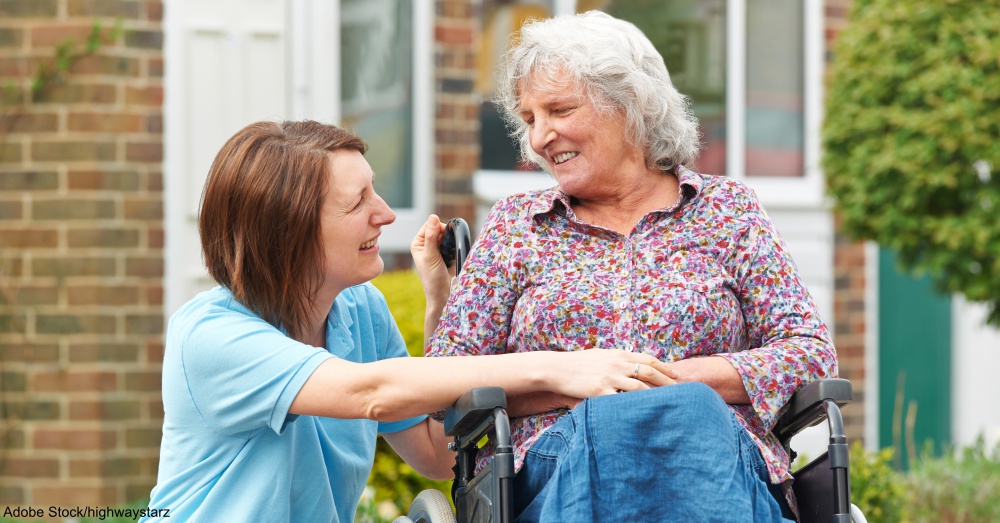 For one thing, you don’t know that. Perhaps your loved one isn’t in the same situation right now, but you have no way of knowing how much you’ll be asked to handle down the road. Saying “I could never do that” is also a great way to make a caretaker feel like you think they’re crazy for taking on this responsibility. They love their parent (or spouse or whoever it happens to be) very deeply and are doing this out of love, not lunacy. Try to choose a sentence that focuses more on how much you admire their dedication rather than your amazement at the extremes they’ve had to go to in order to make this situation work.

Last time I checked, friends were there to listen. So while it’s okay to talk about other things sometimes, be a good friend and lend an ear to someone who probably doesn’t get to talk very much about the things that are stressing them out. If you’re looking for a simple way to help out, letting a caretaker of a person with Alzheimer’s vent a little is a great way to do it!

6. “You’re just doing your duty. Someday your kids will do the same for you.”

One of the worst ways to cheer up a caretaker is to remind them that they may someday be on the other end of the care, where they’ll be helpless, moody, and confused more often than not. Not exactly something to look forward to. Calling caretaking a “duty” may also make a caretaker feel guilty if the job is too much for them and they’ve been considering bringing in extra help or putting their loved one in a nursing home.