We’ve known for a while now that navigation problems show up early in Alzheimer’s patients, making them prone to wandering and getting lost. A number of things are believed to cause this symptom, such as the buildup of amyloid plaques in the brain, but, regardless of the cause, the end result is the same. The hippocampus, which helps you store long-term memories, recognize your surroundings, and create cognitive maps, starts to malfunction.

So we knew navigation would get harder after Alzheimer’s set in. But did you know struggling to find your way somewhere may be one of the very first signs of Alzheimer’s Disease? Did you know it might help us diagnose the disease long before memory problems set in?

In April of 2016, The Journal of Alzheimer’s Disease published a study done on subjects who were pre-screened for their probability of developing Alzheimer’s, based on biomarkers in their spinal fluid. 13 of the subjects were known as “preclinical” Alzheimer’s patients because they had not yet been diagnosed but were likely on the path to a diagnosis based on the markers in their spinal fluid. 16 people who had already shown symptoms of Alzheimer’s and 42 clinically normal people without the biomarkers were also subjects of the study. 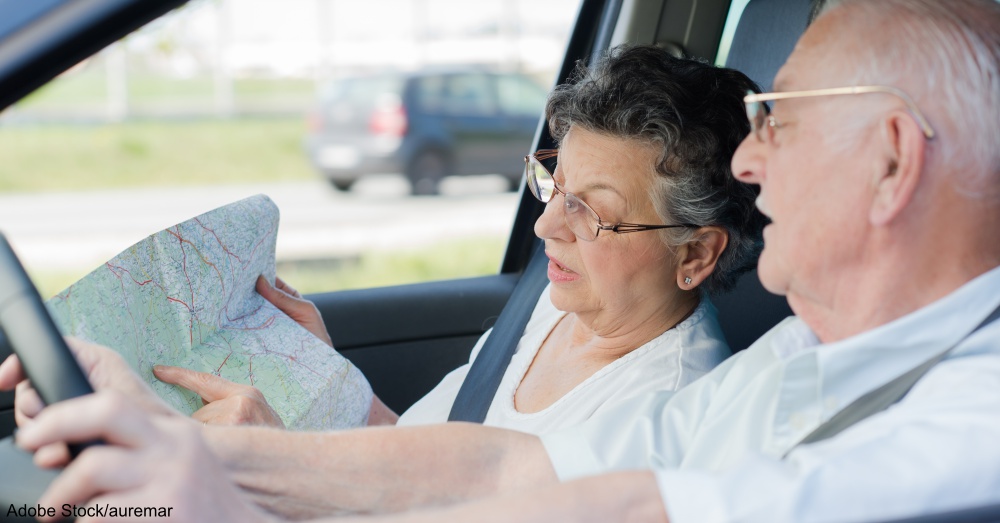 Participants were asked to memorize a pre-set route in a virtual maze and try to follow it. Later, they were tested on their ability to either re-create the route or find their way to specific landmarks.

The group with biochemical markers associated with Alzheimer’s did not do well at forming a map of the environment, likely because the abilities of the hippocampus are already beginning to decline. This result was contrasted with the same group’s unhindered ability to learn routes. Because memorizing a route is not as much a function of the hippocampus as creating a cognitive map is, people with the biomarkers for Alzheimer’s were better able to complete that second task.

Of course, the sample size of this study was relatively small, and the team had no direct information about how their subjects’ brains were functioning during the test. More studies need to be done in order for good conclusions to be drawn, but for now it is enough to know that if you are having more trouble than you used to finding your way or reading a map, you may want to talk to your doctor about testing options and prevention tips.