Mike Myers’ Heartfelt Speech At Invictus Games Should Move Us All

The 2017 Invictus Games started this past weekend in Toronto, Canada. More than 500 athletes from 17 nations are competing in the third annual adaptive sporting event for injured, ill, and wounded servicemen and women and veterans. The week is already showcasing amazing displays of dedication, perseverance, and the veteran’s spirit and will continue to do so. However, one of the most memorable and touching moments of this year’s games may have happened, not on the field, but in the games’ opening remarks.

Ambassador of the Invictus Games Toronto is actor/comedian Mike Myers, best known for his work on Saturday Night Live, the Austin Powers, and Shrek franchises and movies like So I Married An Axe Murderer. While Myers is used to making people laugh for a living, he was personally brought to tears as he gave the opening remarks and expressed his thanks to all service members and veterans. Coming from a military family, he explained, Myers’ deep appreciation and admiration could be heard and seen as he was brought to tears from the beginning of his speech.

Both of his parents served during World War II — his father in the Royal Engineers of the British Army and his mother in the Royal Air Force. His father, Eric Myers, passed away in 1991 at the age of 69 after battling Alzheimer’s disease for years. His mother, Alice, passed away this March. In his remarks opening the Invictus Games on Saturday, Myers spoke of his parents, the lessons they taught him from their military experience, and his deep respect for military personnel and veterans and their “never give up” attitude. It was enough to bring the actor to tears. 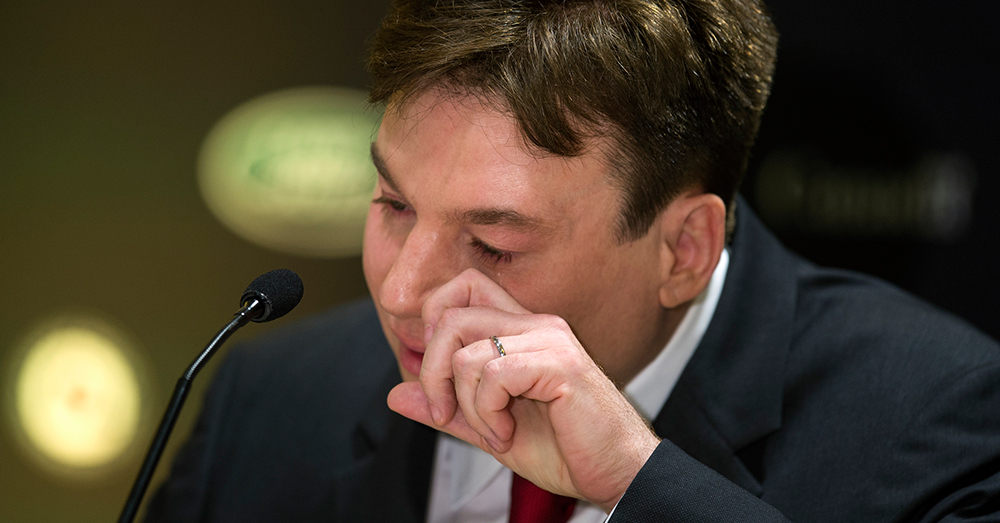 “I come from a military family,” said Mike Myers at the opening of the Invictus Games. “[My father] joined the Royal Engineers at the age of 14. They raised him, and therefore, in many ways, the Royal Engineers raised me. Those that serve our country deserve our utmost respect, and all the competitors in the Invictus Games have my deepest respect, admiration, and gratitude. And from the bottom of my heart, I do thank you. Thank you very much.”

As he spoke to the press, Myers was visibly emotional as the topic was so close to his heart. Several times he had to pause to hold back or wipe away tears.

“What I do for a living is very silly, and without brave people who keep us safe I wouldn’t be able to do what I do. …The Invictus competitors represent the very best of the human spirit, and I know that my mother and father would have wanted me to support that spirit, the competitors, and the thousands of wounded warriors around the world.” 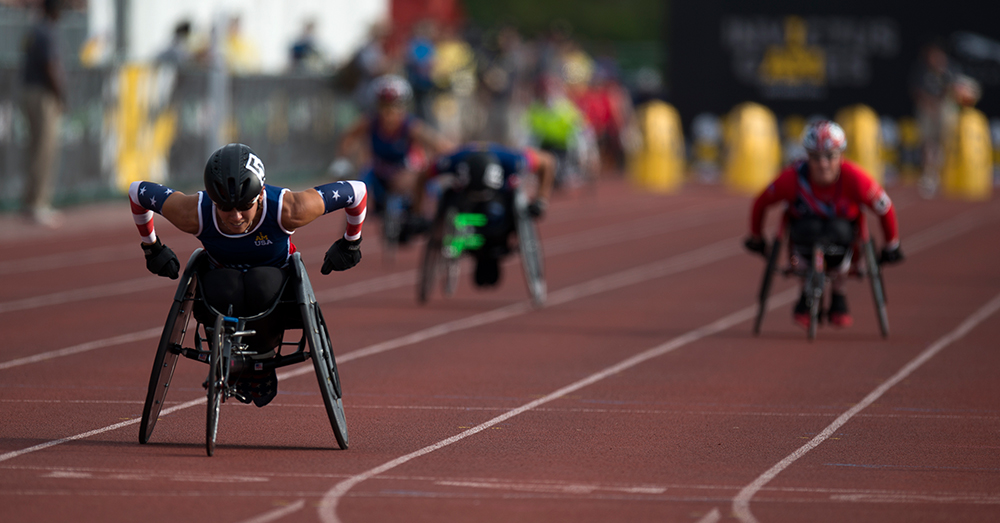 Myers spoke about caregivers of injured veterans, as well. “My mother dutifully took care of my dad who had Alzheimer’s to the exclusion of many other aspects of her life. It’s the same for families of wounded servicemen. The entire family is wounded. The caregivers are the unsung heroes of service to this country and to all the countries that they serve. My hope in being here is to shine a light, not only to the fantastic men and women who serve, but on these heroes — the caregivers — and I thank you for your service.”

The Invictus Games event was first created by Prince Harry of Wales for injured, wounded, or sick service members and veterans. The inaugural Invictus Games were held in London in 2014, followed by Orlando, Florida, in 2016 and this year in Toronto, Canada. This year’s games include 550 competitors from 17 nations. They will compete in 12 different sports including track and field, wheelchair basketball, volleyball, swimming, archery, powerlifting, and more.

“The word ‘Invictus’ means ‘unconquered.’ It embodies the fighting spirit of the wounded, ill, and injured service personnel and what these tenacious men and women can achieve post-injury,” says the official Facebook Page of the Invictus Games Toronto. “These Games will transform empathy into empowerment by showcasing the unconquerable spirit of wounded warriors.”

Watch Mike Myers, Invictus Games Toronto Ambassador, give the inspirational and emotional opening remarks in the video below!