Josy Chap took her 3-year-old, Grayson, to a public park in the Bronx. As the sun began to set, Grayson started playing with an elderly woman sitting on a bench nearby.

Josy and her son sat with the 83-year-old woman, whose name was Delores, for a little while, enjoying a quiet evening outside.

It wasn’t clear what the woman’s circumstances were and if she was waiting for someone to show up, but Josy didn’t want to pry. She took a photo of Grayson befriending the elderly woman to capture the sweet and genuine moment between the two strangers.

After saying goodbye to Delores and heading home for the night, Josy received an alert on her phone.

The alert was for a missing elderly woman wearing a beige shirt and beige sweater — and it matched Delores’ description perfectly. 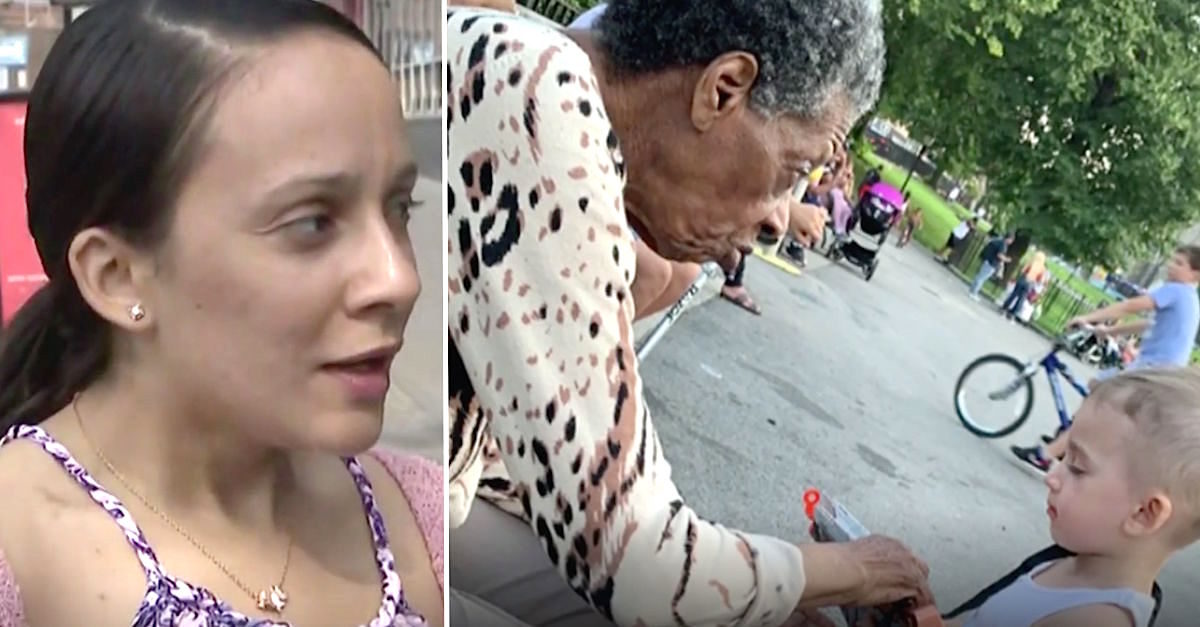 Within seconds, Josy realized the crime alert on her phone was directly related to the exact same woman Grayson met at the park just hours before.

She felt a sense of fear wash over her and immediately started to cry, thinking about her own grandmother and her kids, and how scary it would be if they went missing.

Meanwhile, Delores’ daughter was in a panic, praying for some resolution.

Josy’s post allowed the police and the Delores’ family to locate her immediately, and they were incredibly thankful.