97-Year-Old Woman With Dementia Goes Missing, 4 Neighborhood Kids Find Her When No One Else Can

Glenneta is 97 years old, and since she has dementia and is mostly nonverbal, the police department acted quickly.

As soon as they asked the community to help them locate her, dozens of concerned residents were more than happy to search the area for the missing woman.

Ten-year-old Logan Hultman heard through a helicopter announcement that police were searching for a 97-year-old woman. He and his friends jumped on their bikes and set out to find her themselves.

Kashton, Hope, Makenna and Logan were determined to help.

During their search, Logan fell off his bike — but that didn’t stop him. His brother helped him bandage up his cuts and scrapes at home. All the kids ate a quick dinner at home, and then teamed up again to return to the task at hand.

These kids refused to give up on Glenneta. 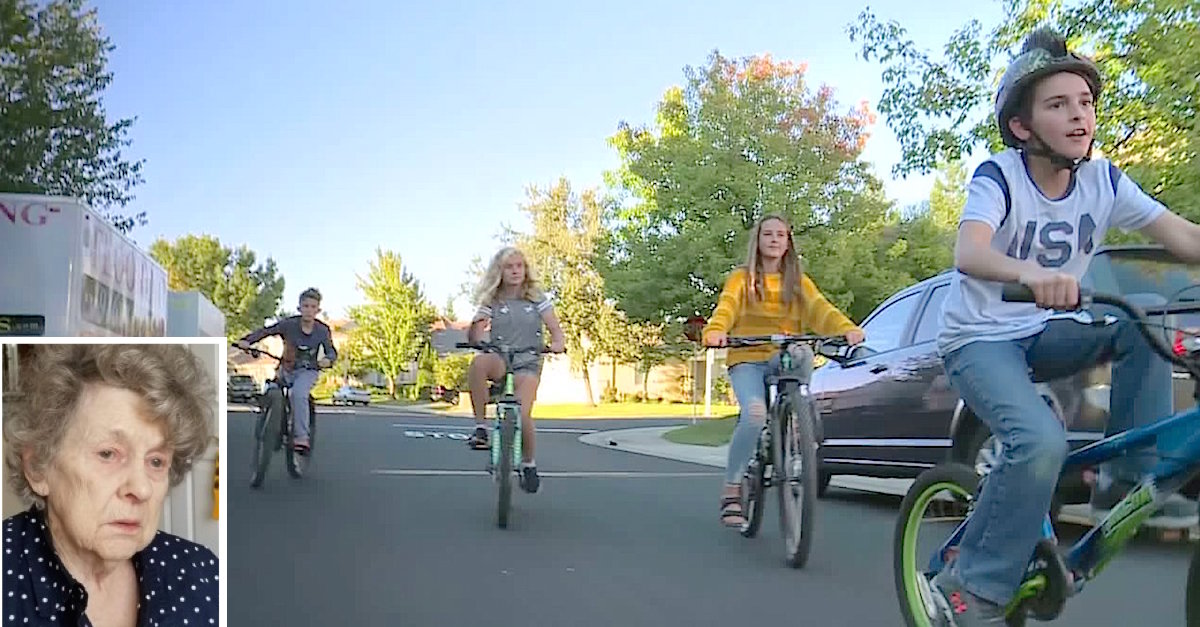 Then the 911 dispatchers received a phone call that left them and the rest of the community amazed: this group of tenacious kids had found Glenneta on the sidewalk.

Police arrived, and Glenneta was escorted back home to her family.

When Logan’s mom asked him why he helped, he said, “‘Because somebody needed help, mom. And when people need help you go and help them. That’s what we do.’”

Learn more in this video!