Karson “K.J.” Ross is a toddler who is fighting for his life. The two-year-old has an incredibly rare genetic disease called Niemann-Pick Type C, also known as Childhood Alzheimer’s.

In the fall of 2017, during K.J.’s 9-month well visit, his pediatrician found that the little boy’s spleen was enlarged. That kicked off nearly a year of different tests to rule out cancer and other diseases — 67 tests in all.

According to Times Reporter in Ohio, where the family lives, K.J. is small for his age, weighing 21 pounds and standing just over 2 feet tall. He can say one word: “Dad.” He has two older siblings: Matthew Ross Jr., a first grader, and Jazminn, a fifth-grader. They’ve given K.J. the nickname “Beanie.”

The family is doing all they can for their youngest member. 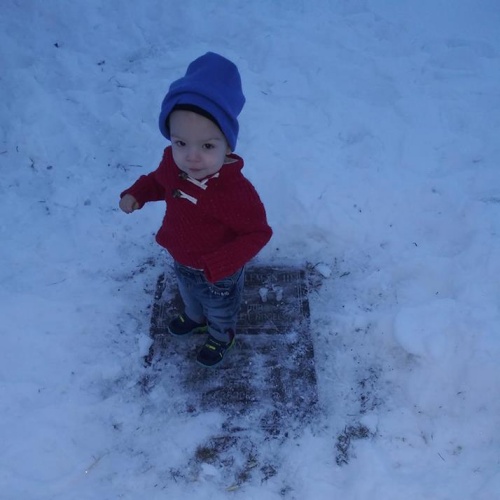 It may seem like K.J.’s diagnosis took a terribly long time, and that’s true — but, unfortunately, it’s common for NPC diagnoses to take a while. In fact, many families can spend several years trying to get a diagnosis before it’s finally narrowed down to NPC.

The disease can be difficult to diagnose because it is so rare; worldwide, there are only 500 cases diagnosed every year. It also presents with a variety of symptoms, and early on in the disease, only one or two symptoms can be present.

Symptoms can begin when a child is only a few months old, or not appear until early adulthood — although in most cases, neurological symptoms appear between ages 4 and 10. 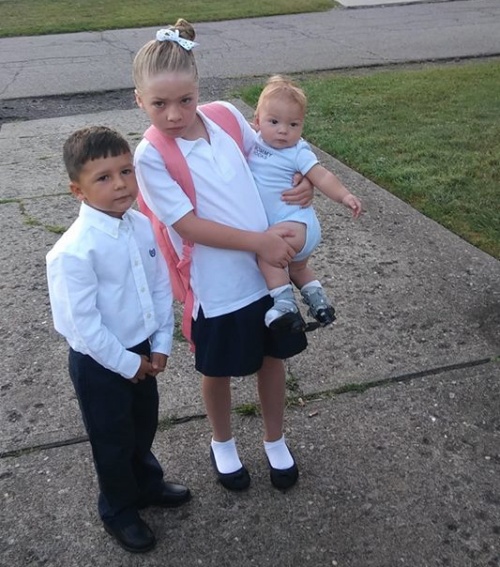 Strong signs that a young child may have NPC include vertical gaze palsy (which is the inability to move the eyes up and down), an enlarged liver, an enlarged spleen, or jaundice. Other symptoms include lack of muscle strength, loss of coordination, difficulty walking or talking, seizures and jerking muscles.

It can be initially misdiagnosed as learning disabilities and delayed development, or even simple clumsiness, as outrageous as that sounds. 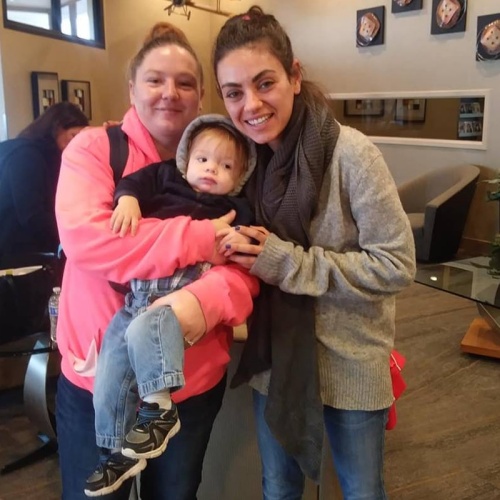 NPC causes cholesterol and fat to build up in the liver, spleen, or lungs due to an inability to metabolize them. Soon enough, a build-up of fats also occurs in the brain.

There is currently no cure for the disease, and most children who are diagnosed die before they’re 20 years old. Generally speaking, the later the diagnosis, the slower the onset of the disease. However, according to nnpdf.org, it’s “extremely rare” for a person with NPC to live to age 40.

“It’s truly sad to watch someone you love lose their minds and what makes them them. Imprisoned in a rapidly shrinking brain is how a doctor describes it,” his mom, Ashley Ross, wrote in a post on Facebook. “As the patient’s brain slowly dies, they change physically and eventually forget who their loved ones are. Think of the patients who eventually become bedridden, unable to move and not able to eat or drink, then imagine this is your child…” 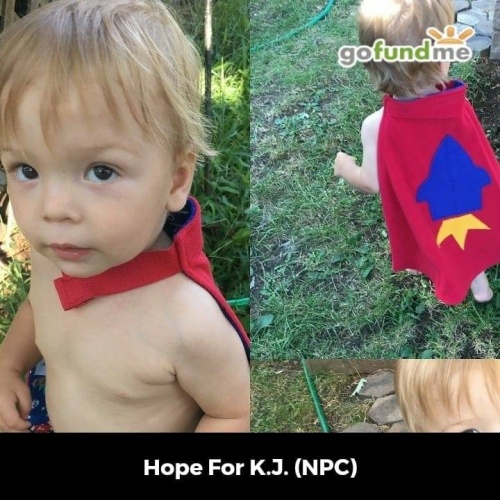 Ross used social media to find other families like her own, and one person told her about Dr. Elizabeth M. Berry-Kravis, a pediatric neurologist at Rush University Medical Center in Chicago.

She’s been treating children with NPC with an experimental treatment called VTS-270, which is administered through a spinal tap. Studies have shown that the drug is effective at stabilizing NPC for “extended periods.”

About a month after K.J.’s official diagnosis, he and his parents flew from Akron, Ohio, to Chicago for his first treatment. Now, every two weeks, he makes that same flight to get the treatment, and this will continue indefinitely. Thankfully, a nonprofit called Patient AirLift Services provides the flight for free for the family.

Our hearts go out to the Ross Family and we hope for the very best for little K.J.

These Twins Have Been Slowly Deteriorating Since Age 3, Due to Rare Childhood Alzheimer’s: Click “Next” below!