A hydrating food called Jelly Drops has gotten a lot of attention lately on social media. Many viewers have asked where they can buy this “water you can eat,” a firm jelly product that looks like an inviting box of candies but is made up of 90 percent water, as well as gelling agents and electrolytes, to keep dementia patients hydrated. Sadly, however, Jelly Drops are not being commercially produced…yet.

The creator of this product, Lewis Hornby, needs the public’s help to get his Jelly Drops into production. He has created a Facebook page for them, and he’s trying to get as many people as he can to “like” that page to demonstrate a significant interest in the product so that he will have an easier time securing funding and assistance when he’s ready to start producing Jelly Drops for the public. 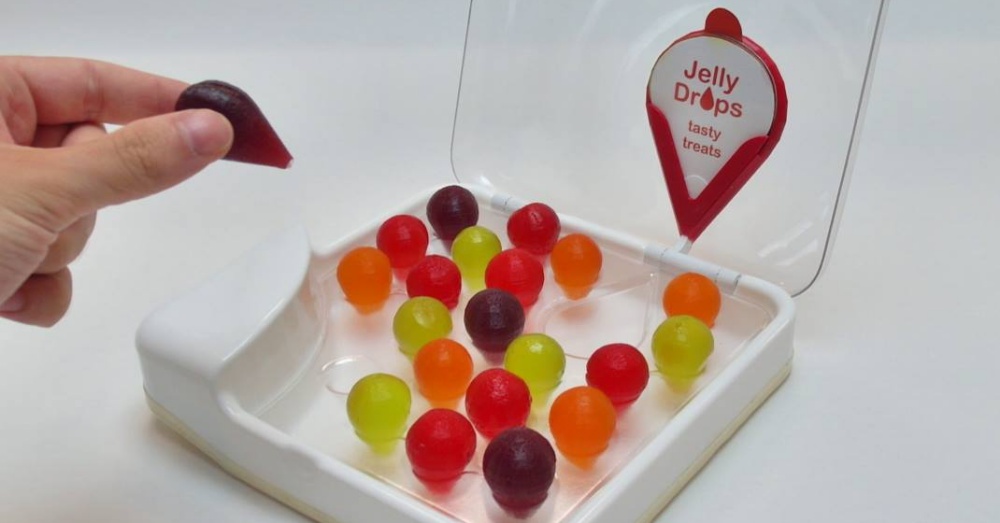 Hornby got the idea for his Jelly Drops project from his grandmother, Pat, who suffers from dementia and has been hospitalized for dehydration.

People with dementia, like Grandma Pat, often struggle to get enough fluids into their bodies for a variety of reasons. They may stop feeling thirsty or forget what they need to do to satiate their thirst. They may struggle with shakiness, arthritis, or a lack of dexterity, leaving them unable to hold a cup properly. They might also suffer from dysphagia, a condition which makes swallowing difficult, especially with hard foods and thin liquids. 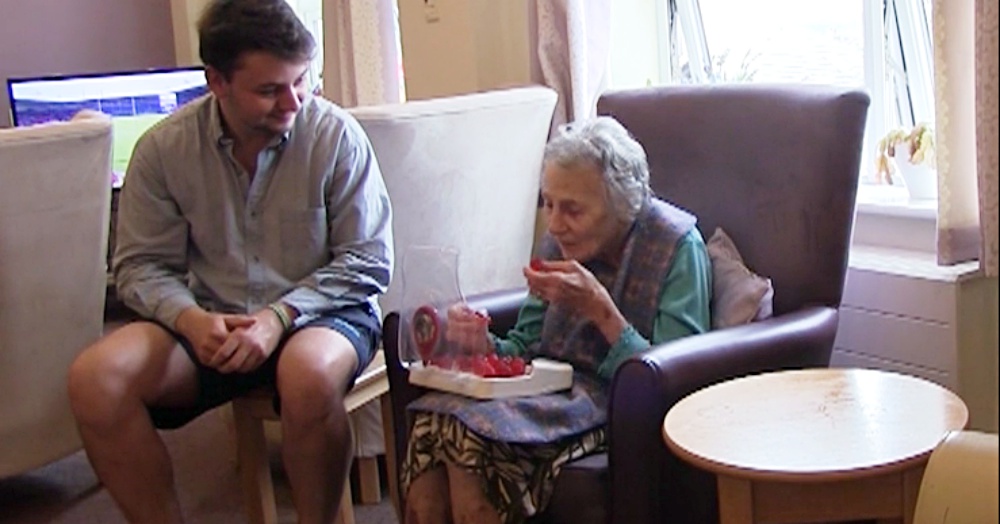 “For people with dementia the symptoms of dehydration are often mistakenly attributed to their underlying condition, meaning it can easily go unnoticed until it becomes life-threatening,” Hornby writes on the James Dyson Award website. “About a year ago my grandma was unexpectedly rushed to hospital, she was found to be severely dehydrated. Thankfully, after 24 hours on IV fluids, she was back to her normal happy self, and is still enjoying a good quality of life to this day.”

Hornby has put a lot of research and effort into making Jelly Drops the best product it can be. He used sensory deprivation tools and VR tools to get a better understanding of why dementia patients suffer from dehydration, spoke with a dementia psychologist, spent a week living in a dementia care home, consulted with doctors about how to create a hydrating product, and returned to the care home several times to test the prototypes of his project. 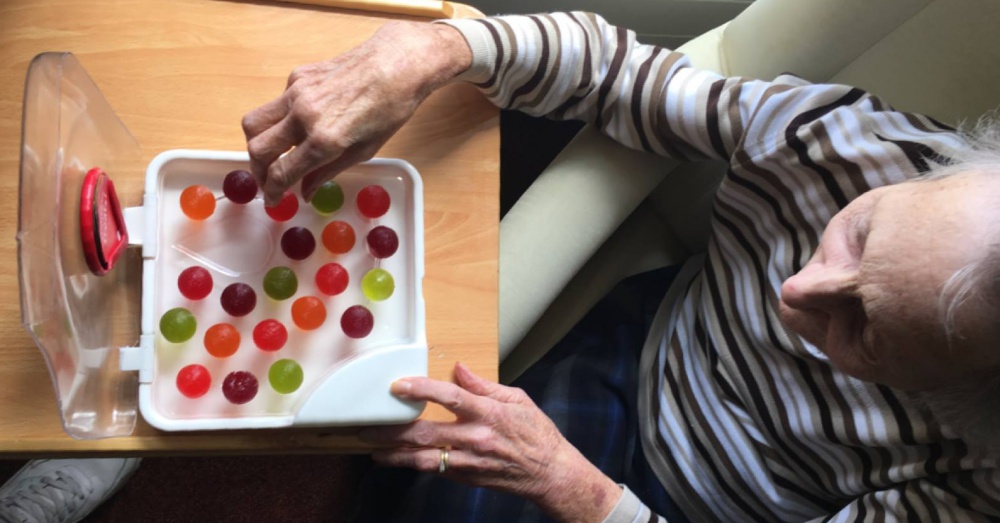 The Jelly Drops that sprang from this research are firm and easy to grasp, don’t require utensils, and won’t leave any residue on the hands. The packaging looks like an inviting (and easy-to-open!) box of candies rather than a threatening medical device, and Hornby says the elderly people he’s offered Jelly Drops to—even those who would ordinarily turn down food and drink—have been eager to gobble them up. 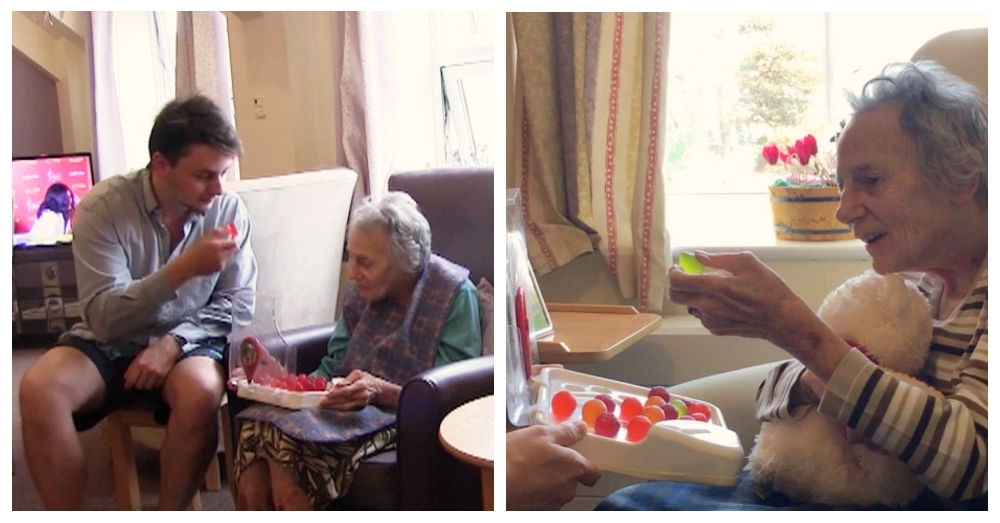 Jelly Drops have won the Helen Hamlyn Design Award, Snowdon Award for Disability, and the Dyson School of Design Engineering DESIRE Award for Social Impact. And elderly people like Hornby’s grandma seem to like them too. 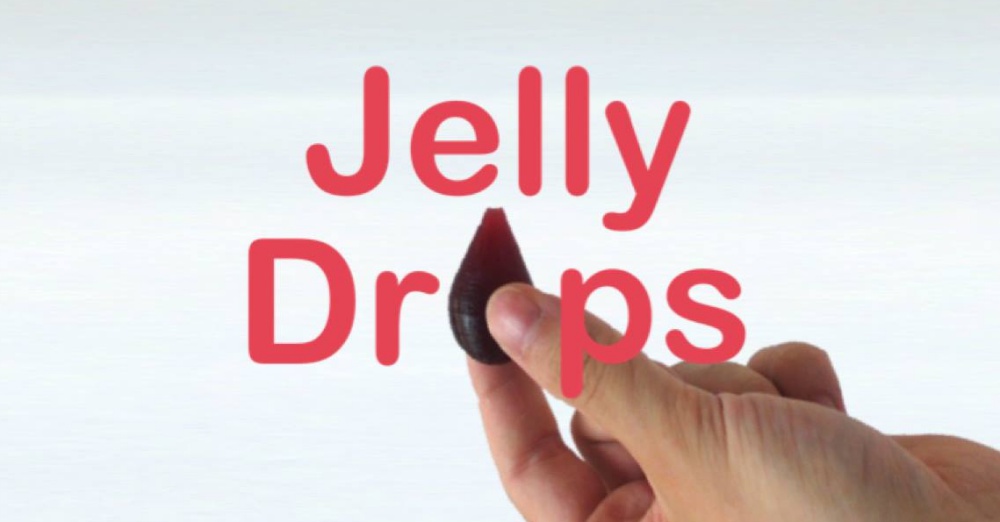 “When first offered, grandma ate 7 Jelly Drops in 10 minutes,” says Hornby, “the equivalent to a cup full of water, something that would usually take hours and require much more assistance.”

In the video below, watch as Hornby introduces his “granny” to Jelly Drops.

Thank you, Lewis Hornby, for harnessing your compassion for your grandmother into an innovative product that will help so many people get the fluids they need to survive. We look forward to eventually seeing Jelly Drops hit the shelves!

Share this story to remind your friends to support this important project too!

Learn More About Jelly Drops and Watch Grandma Pat Gobble Them Up: Click “Next” below!