Early-onset Alzheimer’s is a rare, but heartbreaking disease. It typically strikes during a person’s 50s or 60s, and the subtle symptoms can be misconstrued as a shift in priorities, mood swings, or just “a rough patch.” This was the case for Jason and his wife Kamara — only he was nowhere near middle-aged; he began experiencing symptoms at 32 years old.

Strange symptoms began in 2009, after the birth of their third child, Noah. Jason was easily irritated, had difficulty completing seemingly “easy” tasks, and kept changing jobs. Kam remained supportive of his erratic choices, hoping one would make him happy.

These continued for years. By 2013, Jason was only getting worse. Kam was at a loss. She was pregnant with their child Kinsley, but Jason seemed disinterested in not only her, but also their three kids. 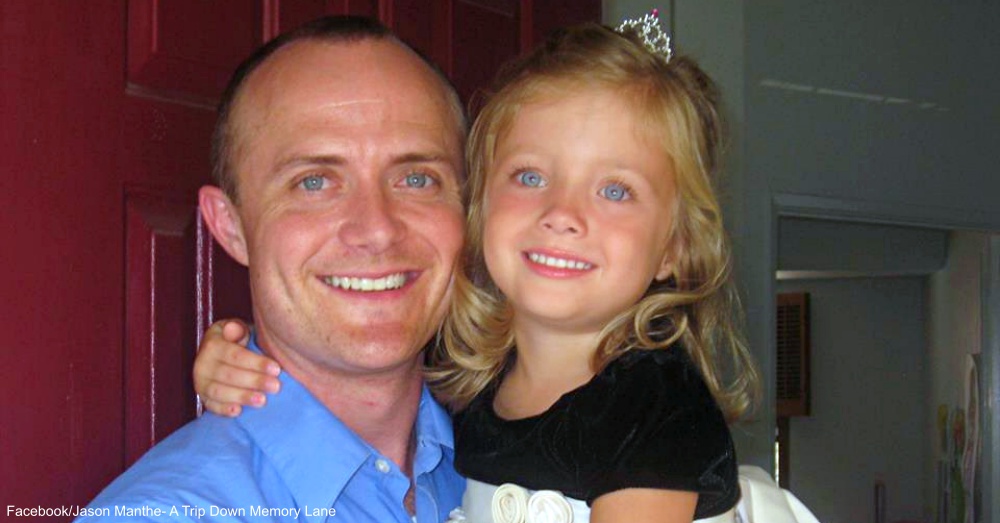 So Kam enrolled them in marital counseling. When she told her therapist during a private session what was actually going on with Jason, he referred Jason to a neurologist. After dozens of tests and doctors, they were referred to the Mayo Clinic in Minnesota. And in October of 2013 Jason got his diagnosis: early-onset Alzheimer’s.

“It felt like someone had punched me,” Kamara wrote in Good Housekeeping. “‘Lord,’ I prayed, panicking, ‘please help us through this’…. Later, I asked Jason if he understood. He didn’t respond, just nodded and cried. That night, we held each other.”

Shortly thereafter, Jason began forgetting how to do basic tasks, like showering. Soon he lost his ability to speak; he forgot his wife’s name and the names of his children. Kam put him in a daycare so she could continue to teach and still know he was safe.

Their community, family, coworkers, and friends all banded together to help the Manthes. Her coworkers sent home meals; her church paid for her therapy sessions; friends or family sat with Jason once a week so Kam could do something nice for herself. “It’s by the grace of God that we’re where we are now,” Kamara wrote. 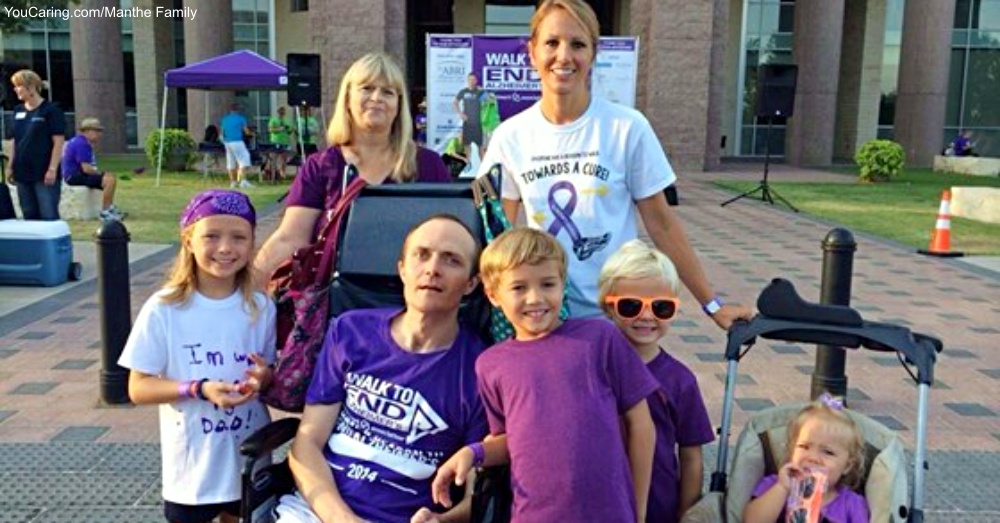 By April of 2014, half a year after his formal diagnosis, Kam made the hard decision to put Jason in long-term care for the sake of their kids; it was hard for them to witness their dad’s deterioration. Jason’s mother moved in with Kam and the kids, and visited Jason every day. Kam visited him twice a week with their kids, and made sure to have time alone with him to remind him about who he was, who they were.

“While the kids play outside, I sit with him,” Kamara wrote. “We look at pictures and I tell him stories about life at home. I can still make him laugh. I give him a look, nudge, or grab his knee, and he’ll smile.”

Jason passed away in October of 2014, at age 37. Kam constantly reminds her kids of the man their father was; how loving and funny and romantic he had been. She has, and always will, love him unconditionally.