Senior living facilities are generally only for seniors (hence the name), but perhaps it’s time to break out of that box. Humanitas, a nursing home in Deventer, Netherlands, is taking a new approach by allowing college students to live alongside the elderly rent-free.

In exchange for their rooms, these students are required to spend at least 30 hours per month interacting with the older individuals who live at the home and follow the golden rule: don’t disturb the seniors. Students start out living at Humanitas because it saves money, but they often end up forming special bonds with their roommates and other neighbors.

The idea is to incorporate “good neighbors” into the facility who will actively seek friendships and help out their senior housemates. Students spend time participating in activities such as watching sports, celebrating birthdays, and just generally talking to their elderly neighbors. The result is much happier and more lively seniors and much less debt for college students. In the end, the program seems to lend a bit of youth to the elderly and some worldly maturity to the students.

Six students currently live among roughly 150 senior citizens at Humanitas, but this intergenerational living idea has the potential to become much bigger than that. 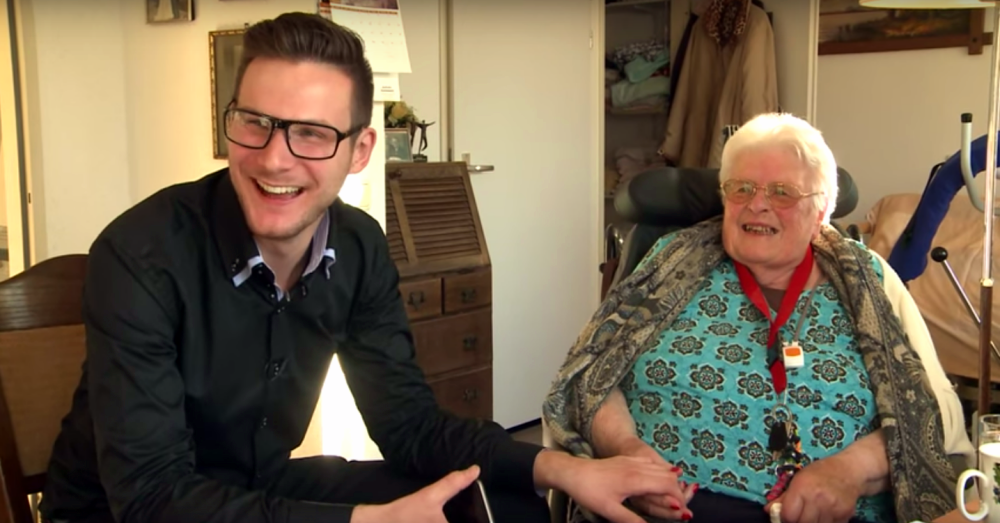 A few other senior living facilities have been jumping on this bandwagon with similar projects. The Judson Manor retirement home in Cleveland, Ohio, allows music students to stay with their residents in return for regular recitals to add a little cheer to the seniors’ lives. Or there’s this preschool incorporated into a nursing home that allows residents to experience the joys of a sort of grandparenthood. The idea is always the same: keep the elderly happy and “young” a little longer.

These intergenerational living facilities are changing the way we view aging. Most accommodations where many people live together, such as apartments or nursing homes, are more or less segregated by age. Only seniors are allowed to live in senior residences, the idea being that excess noise and other disturbances are a bigger deal for the frail aging population than for younger people. But is that really the case? It seems that, if properly executed, the integration of younger generations may actually liven up the senior living experience.

What does this mean for Alzheimer’s patients? Well, although there is no cure for Alzheimer’s and other forms of dementia, certain activities have been shown to improve the mood of Alzheimer’s patients and relieve some of their symptoms. Having friends to talk to is a huge part of an Alzheimer’s patient’s well-being and staves off depression and loneliness. It also helps them “practice” their speech and memory skills, keeping the worst symptoms of the disease at bay for a while longer.

Alzheimer’s and dementia patients are a bit of a special case because many of them want to remain independent (and they are often able-bodied despite their disease), but they need someone around often to check in on them. Roommates may be the perfect solution, because they can provide the emotional care a person with Alzheimer’s needs without stripping that person of his or her independence. A roommate is more like a friend than a nurse but will know his or her roommate well enough to recognize when something is “off” and be able to alert a professional caretaker if there is an issue.

In the video below, meet Jurrien Mentink, a 25-year-old student living at Humanitas, who has made life better for the seniors he lives with and had a very enriching experience himself.