Pam Nolte didn’t know exactly what she was getting into when she began teaching an improvisation class for elderly people with early-stage dementia in 2010. But having lost her own mother to Alzheimer’s disease, she knew she had to try to help other people rediscover the parts of their memories that they’d lost.

“For me, it gives me a second chance to give my students what I wished I had given my mom,” says Pam. “It’s not just ‘I’m still here.’ It’s ‘I’m still here with an abundance of joy and laughter and an ability to be present in fabulous ways in the world.'” 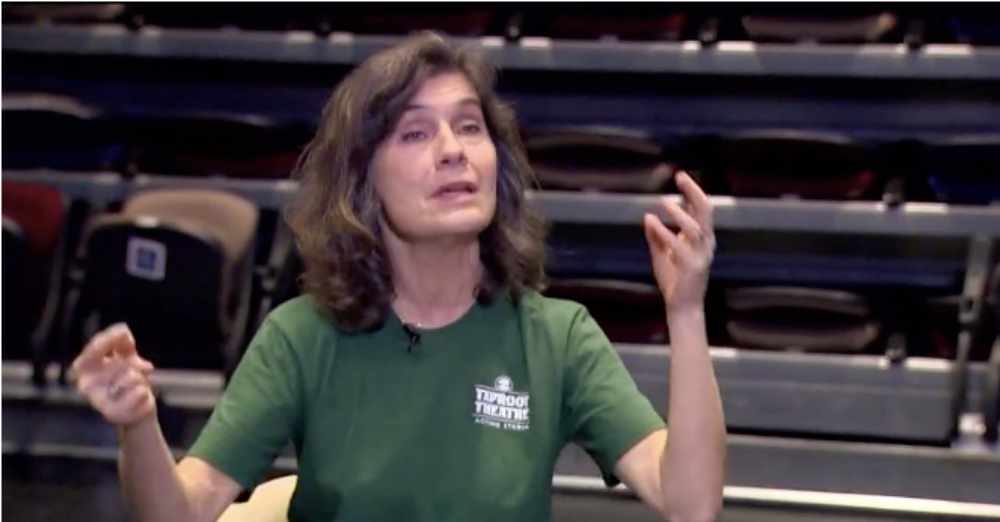 Now Pam and other specially trained instructors host an improv class once a month for people who are combatting Alzheimer’s disease and other forms of dementia. The class, which costs $10, takes place at the Taproot Theater in Seattle, and caregivers are encouraged to attend for free and see how the class changes the student taking it. 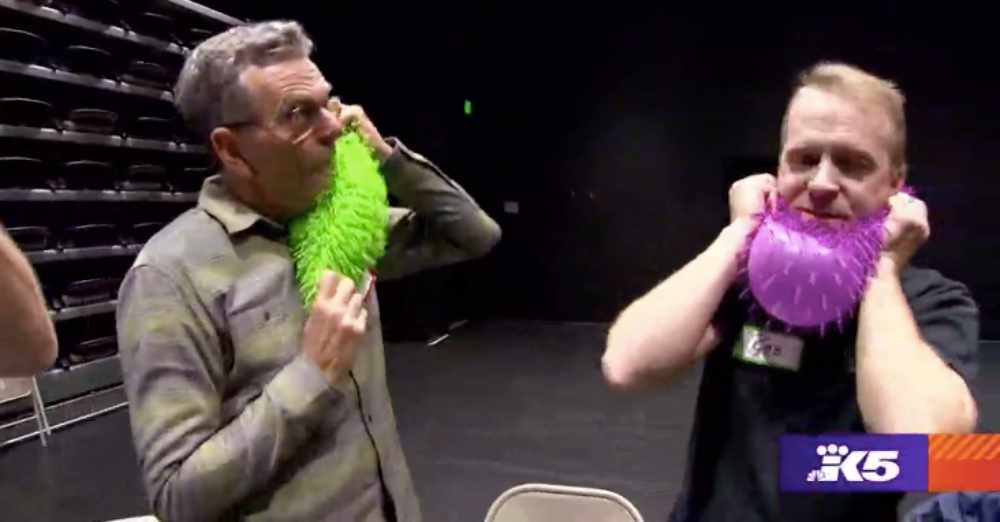 “We’re truly waking up the brain at that point,” says Pam, who is also the founder of Taproot Theater. “The synapses are starting to fire in different ways so there’s more verbal [and] there’s more joining in even for those who are a little more reticent.”

Each class starts with a group of students seated in a circle. Unlike traditional skit-based improv groups, the improv class is mostly made up of small open-ended exercises that can go anywhere the students want to take them. Teachers employ props to help the activities come to life and encourage everyone to get involved. 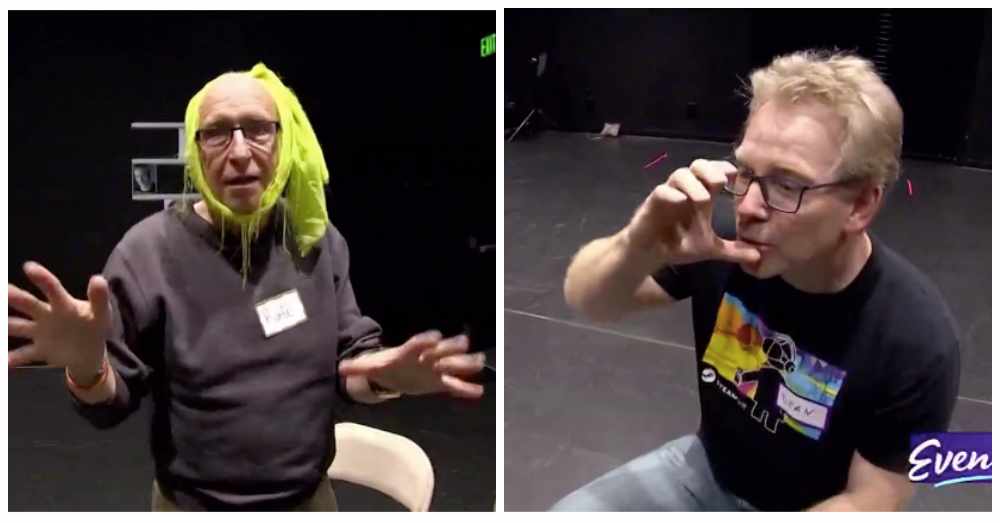 The beautiful thing about improv is that it’s all about saying yes. That means there are no wrong answers, and dementia patients don’t have to feel embarrassed if they forget something or can’t think of the word they want to say. Whatever they do, whether it’s making a silly face or speaking gibberish in place of real speech, others will respond to it in a positive way and keep the exercise moving forward. There’s an air of helpfulness, a sense of teamwork and building each other up present in the room, and seniors are truly able to open up and enjoy themselves. 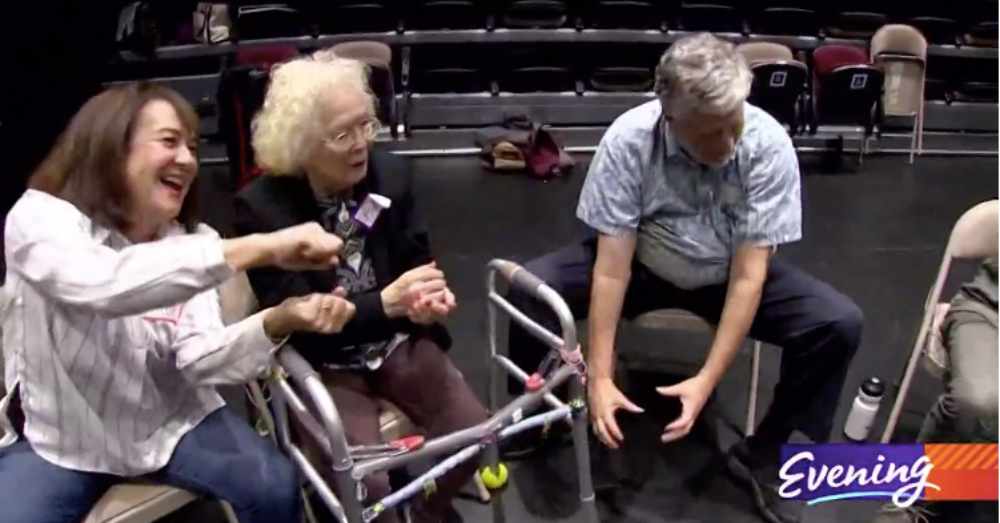 Besides having a great deal of fun, improv students in Pam’s classes are encouraging their brains to strengthen synapses and make new connections even as their disease threatens to destroy their existing neuron pathways. It may not be a cure for dementia, but it certainly helps people with the disease function better in their everyday lives, as well as find more joy in life. 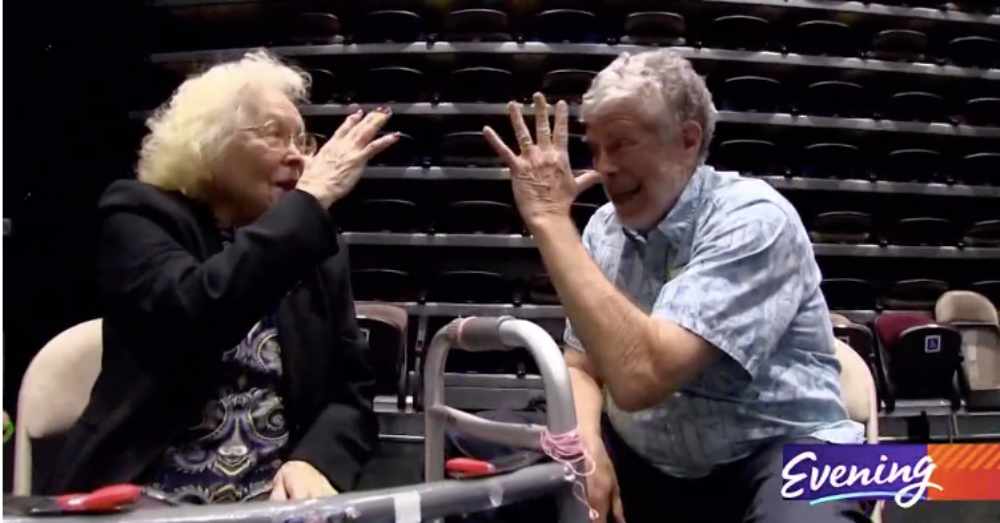 Pam says the brain improvements made during class often last days, and caregivers notice the difference in their patients as soon as they return home.

Would you try a class like this one to combat dementia? Check out the video below to see Pam’s awesome improv class for seniors with dementia in action!