92-year-old Jean Robins‘s son first noticed the bruises and tears on her skin in 2016. Not knowing where they came from but suspecting the staff at Morrison Lodge, where his mother lives, might be to blame, he decided to set up a tiny hidden camera to find out what was happening to his mom when he wasn’t there.

What the hidden camera footage showed was highly disturbing to Ed, as well as to many others who saw it. In one instance, a pillow was held over the dementia patient’s face. In another, a staff member grabbed her bad leg, which had recently been broken, and laughed at her when she lashed out in an attempt to defend herself. 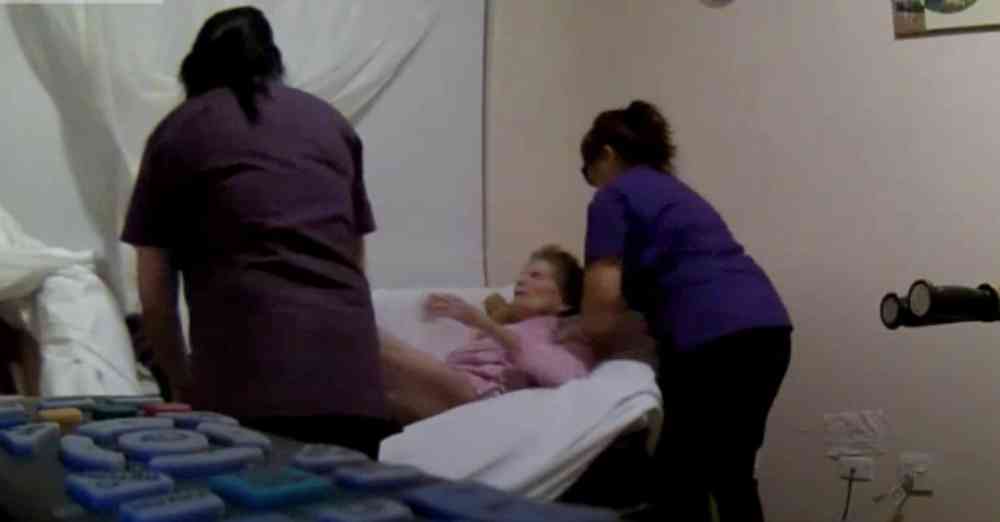 Another time, Ms. Robins was left screaming on the floor for 20 minutes before someone came to help her get up. When they did help her back into bed, they hoisted her in a way that left her visibly unsure and frightened, grasping at one of the worker’s arms in fear of falling. “Don’t give us a hard time!” one of the care workers threatened her. They then lifted her into the bed and flung her legs onto it with little care.

Ms. Robins attempted multiple times to defend herself against the rough handling by reaching out to strike at the care workers, but her feeble body was no match for the staff members. 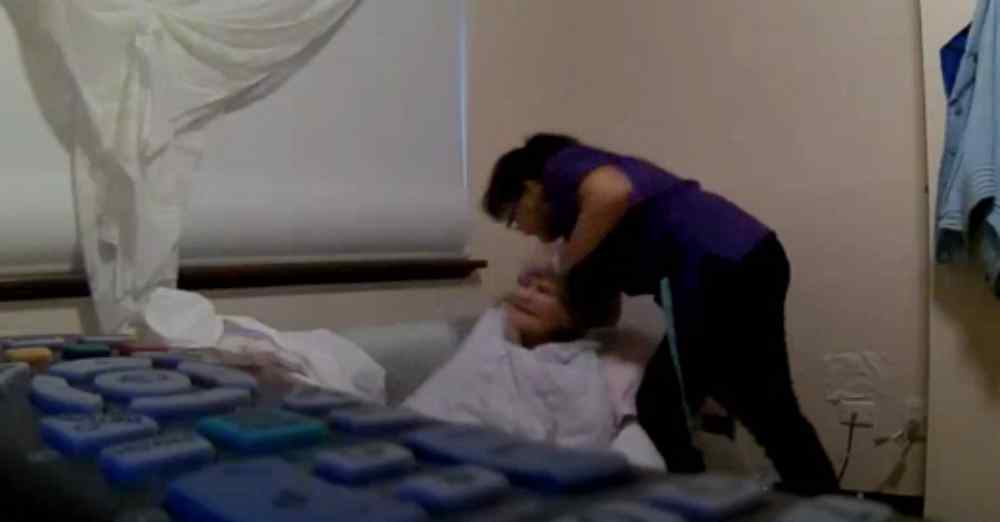 Ed also caught footage of two care workers trying to force his mother to lie down in her bed. When she continued to try to get back up, one of the staff members took hold of her by the head and yanked backward, pulling her head down onto the bed. You can see a short clip from that video below.

“Mum was in pain, obviously, putting her hands up to protect herself, and they’re throwing her leg in,” says Ed. “She was being abused. There’s different types of abuse. She has been physically abused, in our eyes, and from what we were told by the police.” 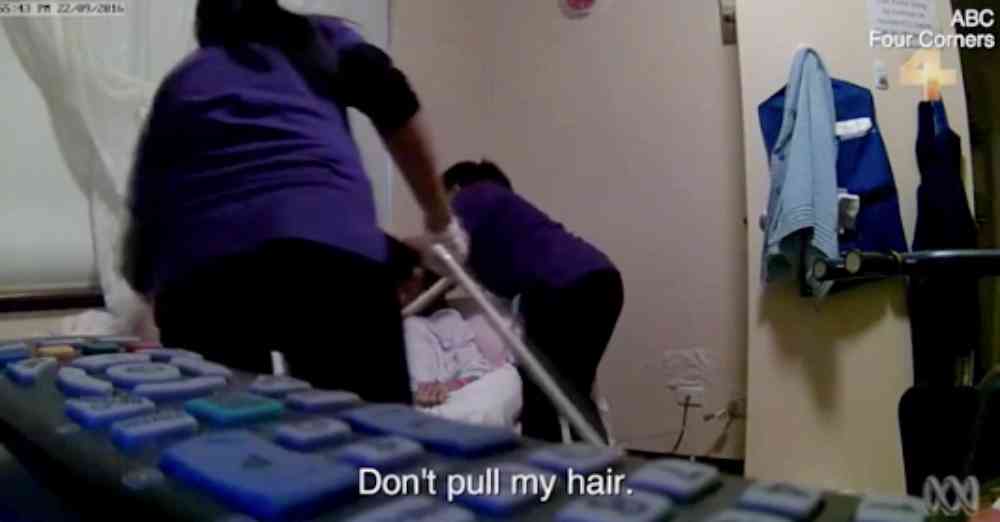 It was obvious to Ed that something needed to be done about the staff members at the Perth, Australia, home who had treated his mother so horrendously. He took the footage to the management of Morrison Lodge, and the care home turned over to police.

The case went to court, where Ed hoped his opinion would be upheld and his mother and others like her would be protected from their abusers. However, the result of that case wasn’t quite what he was expecting. The care workers, who were charged with 12 counts of assault, were acquitted on all of them and evaded any punishment. 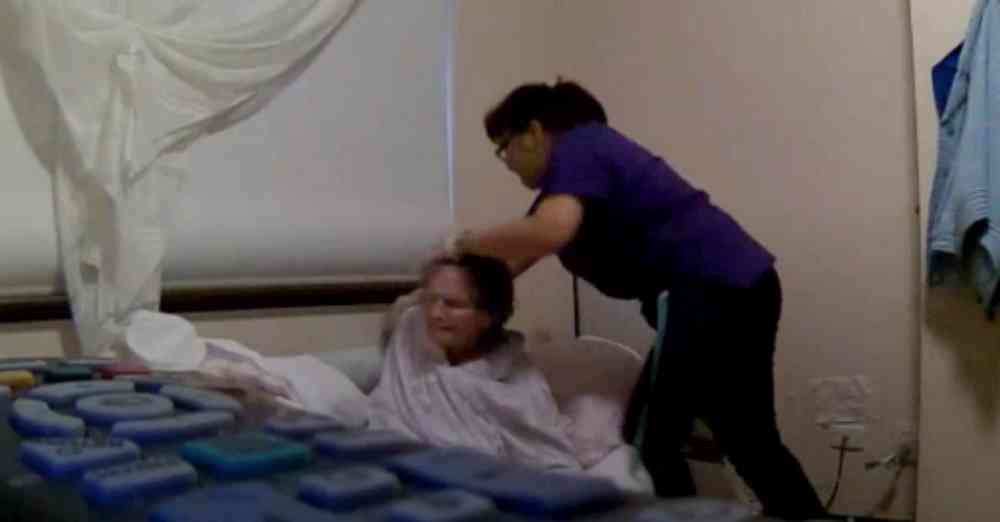 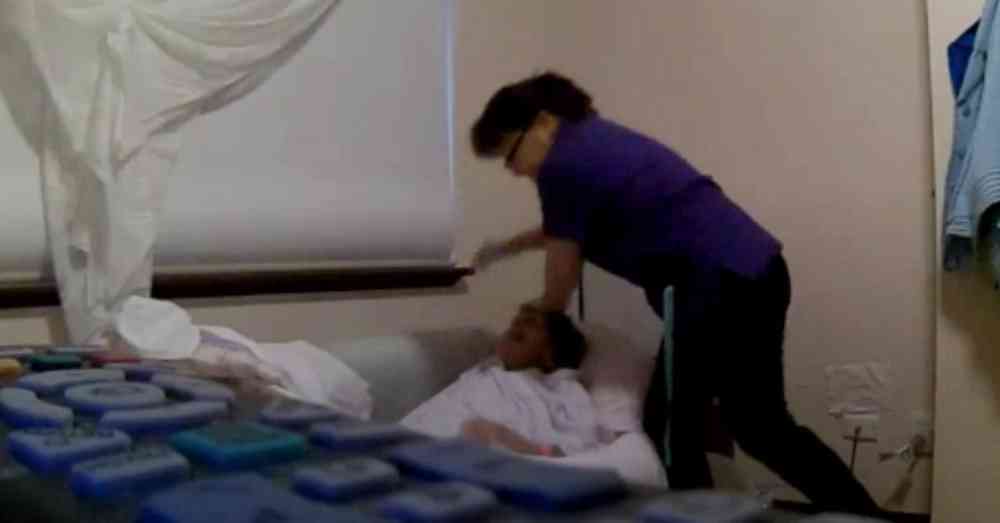 Ms. Robins has been through a great deal of pain, anxiety, and humiliation, as evidenced in the footage her son has collected. No one deserves to be treated this way, and we hope her tragic story will be a lesson to others in the importance of standing up for the elderly and vulnerable.

Share this story to help spread the word and get Ms. Robins and others like her the justice and proper care they deserve.