Harold, 90, and Ruby, 89, have been together for 65 years, and are such a team that they’ve only been apart for two nights. Their first date was a trip to the movies in 1952. “We were at that drive in and I thought she had the prettiest teeth I’d ever seen!” Harold recalls. “And I couldn’t believe they was real!!” Six months later they were married, and their lifetime of love is still going strong.

Unfortunately, Ruby began showing signs of dementia ten years ago, and her memory has declined. She often forgets the identity of those close to her, but she has never forgotten her husband.

“Wonderful, I just can’t find anything wrong with him yet, and you see how long we’ve been married?” Ruby says of Harold. “You suppose I’ll find anything? I don’t know at this point!” 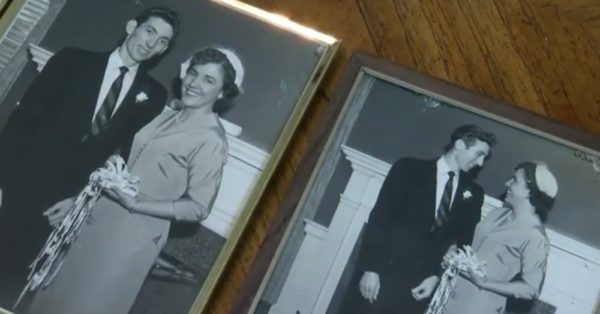 In 2012, Harold and Ruby’s daughter Cindy arranged for a photoshoot to celebrate their 60th wedding anniversary. Photographer Megan Vaughan was thrilled to do photos of the couple, who she quickly came to adore. Megan was ecstatic when she got another call from Cindy this year, asking if she could do another photoshoot for their 65th anniversary. She readily agreed, saying, “Ruby and Harold represent a marriage that everyone should aspire to. I’m so blessed to have met them and to be inspired by them.” Though Ruby doesn’t remember the previous photoshoot, she had a wonderful time becoming reacquainted with Megan and capturing memories with Harold. 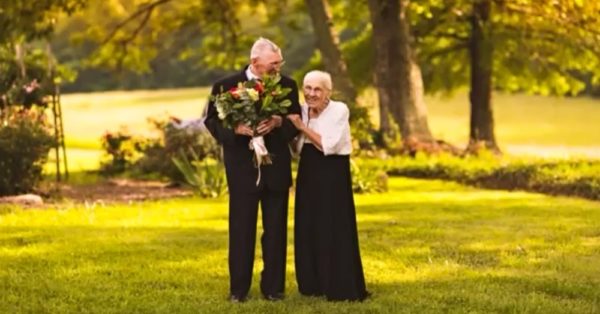 Harold has some advice for those of us hoping to have a lasting love like the one he has with Ruby. He offers, “We’ve been going to church together, and doing everything together, and it’s really been nice along the way. Be true to one another, and then do things together. We’ve made it this far, and we hope to like the Bible says, till death do we part.”

We should all be so lucky!