A new bill could extend handicap parking permits to people with autism and other neurological impairments, thanks to a determined Nebraskan mother.

Cris Petersen brought the idea for Legislature Bill 976 to Lincoln Senator Kate Bolz, who then introduced it to the Nebraska legislature.

Petersen is the mother of a five-year-old on the autism spectrum, Max. He is a “lego-building, Paw Patrol-loving snuggle bug, who was diagnosed with ASD in September 2018.” 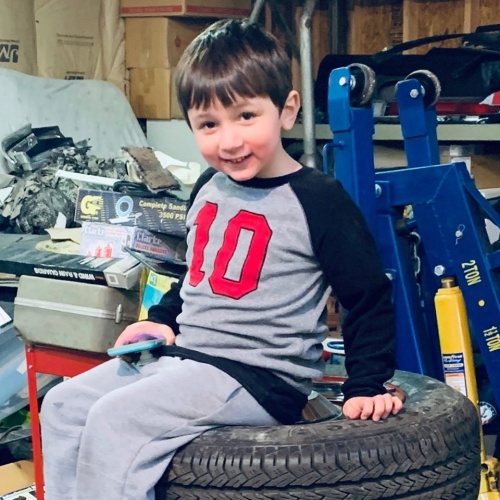 The Petersens actually already have a handicap permit, because Max has a significant respiratory condition.

But a handicap parking spot is necessary for Max because of his autism as well, not just his physical issue. His sensory sensitivities make him a bit unpredictable when he’s outdoors. For example, if he sees litter, he runs to pick it up — even if it’s in the middle of the street. He can’t stand the feeling of rain on his skin. When his senses are overloaded, he can become aggressive, is unable to verbalize what’s going on, and can throw things or bolt out of sight. 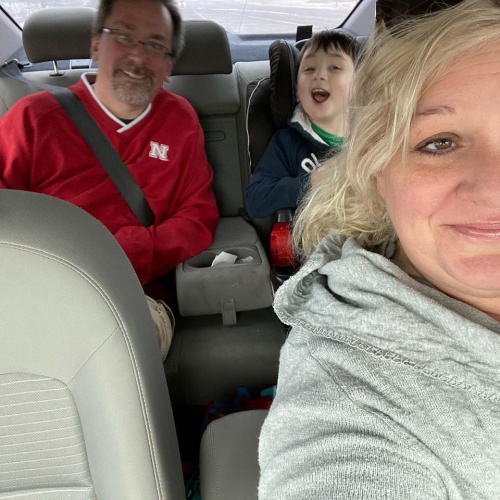 His parents greatly benefit from a handicapped spot that provides close, easy access to wherever they’re going: appointments, errands, play dates, even the state Capitol.

A couple years ago, Petersen created a website called Sassy Mama For Autism, to provide a personal and educational resource for other families with autism. When working on her site, she discovered that Virginia law included autism and other neurological disorders for their handicap parking permits. 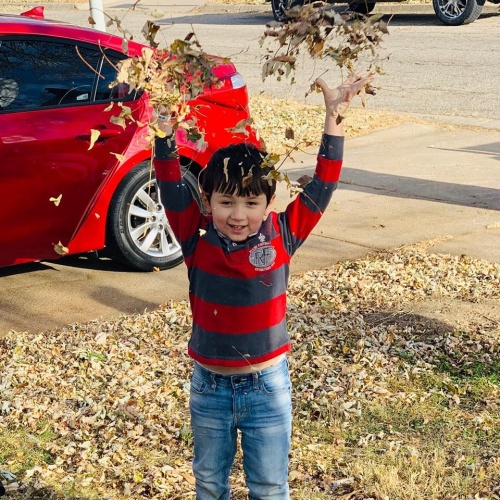 She knew that something like that was needed in Nebraska, too. So she took the idea to Bolz.

Bolz agreed to sponsor a bill that adds the term “neurological” to the possible impairments that qualify for a handicap parking permit. It’s a small change that could have a great impact, helping up to 40,000 families in Nebraska. 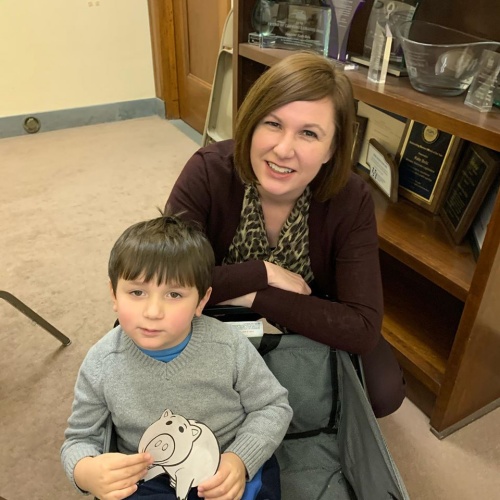 And since Petersen already has a handicap parking permit, she’s not doing it for her family’s benefit alone, either.

“I’m fighting this fight because it’s the right thing to do, for all the families who don’t know that they can advocate for themselves or are just too exhausted to do it,” she said. 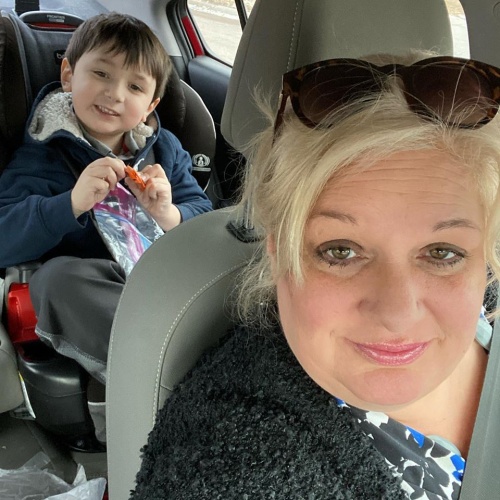 If the bill were to pass, a doctor’s qualification would still be required, as would mobility limitations for the individual.

“And that may not look like someone who used a wheelchair or who has lost an appendage,” Bolz said. “But that doesn’t mean that they’re not at risk of running in a parking lot or having a sensory overload that endangers them in traffic or, in the case of someone who has (Alzheimer’s) or dementia, just walks off.” 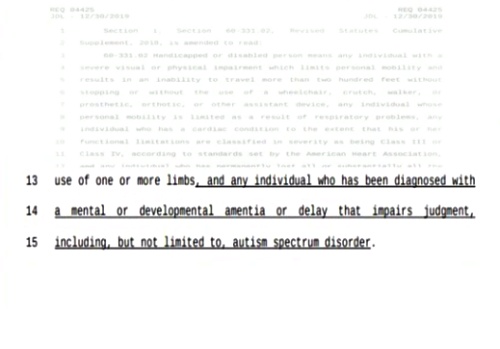 As of this writing, the bill has been granted a hearing for February 25, 2020.