When Hannah Griffiths became engaged to be married, she knew there was one special guest she needed to have at her wedding – her grandmother Ruby.

The problem is, Ruby, 95, was diagnosed with frontal lobe dementia six years ago, and is unable to travel to the dream wedding Hannah and her fiancé James are planning abroad. But Hannah was determined to have her grandmother see her walk down the aisle, so she and James had the idea to throw a pre-wedding “wedding” at Ruby’s care home before legally tying the knot overseas. 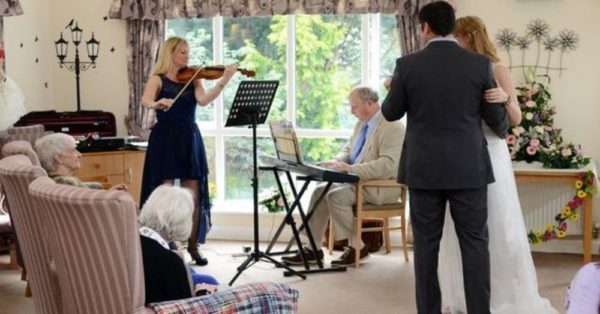 Hannah went the whole nine yards to make the faux wedding day special for her, James, and Ruby. She made sure that the flower arrangements included fuchsias, Ruby’s favorite flowers, and Hannah insisted on playing music that would remind Ruby of her past as a ballet school pianist. 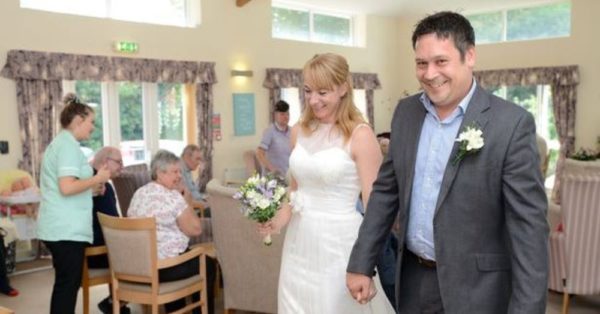 The bride and groom were decked out in beautiful wedding finery, grinning from ear to ear as they recited their vows. A newly-hired care home assistant was tasked with performing the ceremony, quipping that she was honored and that now her drama degree was paying off.

Though she and James will have their “real” wedding later, Hannah feels that this version was more important to her, since she was able to have Ruby attend.

Hannah says of her beloved grandmother, “She’s like a mum to me. She’s a huge part of my life, she played a big role in my upbringing, helping raise my sister and I when my parents divorced. That’s why we wanted to do this. I really wanted her to be a part of it because I realised the one person I wanted to be there would be the one person that wouldn’t be.”

Watch the touching video below!