Simon McDermott’s father, Ted McDermott, used to be a singer. He entertained people as a Butlin’s redcoat and then traveled around the United Kingdom singing for a while. He even earned the nickname “The Songaminute Man” from his work.

After getting married and starting a family, he continued to sing on the side, but then he lost much of his memory to Alzheimer’s disease.

Singing is one of the only things that seems to boost his mood and help his memory these days. One of this father-son duo’s favorite pastimes is singing old songs together.

“When we’ve got him singing again he’s back in the room,” says Simon. “It’s these moments that we treasure.”

Simon has created albums of his father’s music and continually films him singing. His goal is to share as much of his dad’s music as he can with others. 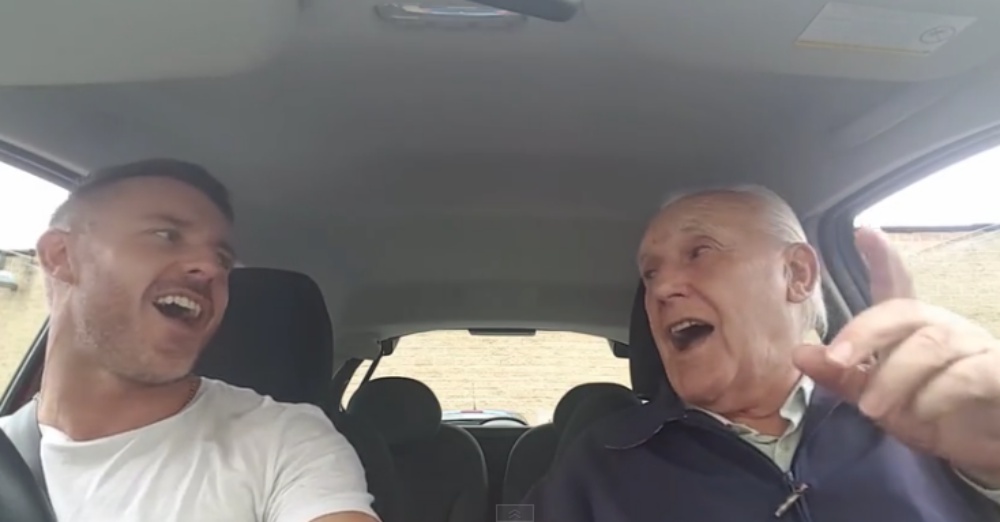 The pair is using their talent to raise money for the Alzheimer’s Society so that others like Ted can receive treatment, and so more work can be done to find effective treatment and maybe even a cure for Alzheimer’s disease.

Watch as Simon and Ted sing “Quando, Quando, Quando,” one of their old favorites, during a car ride. Ted may not be feeling quite as young as he used to be, but it sure doesn’t show as he starts to get into the rhythm of this song!

Check out the video below to get a good earful of these stunning voices. Their upbeat love song will make you want to do a little dance! (It may make you want to fly off to the tropics as well!) So sit back, relax, and let these gentlemen “show you the way to a joy beyond compare.”