In a shocking turn of events, a delivery driver refused to help an elderly man who had fallen down on his porch in Freeport, Texas. The entire incident was caught on camera.

The 89-year-old man had fallen on his front porch while attempting to enter his home roughly 15 minutes before the FedEx delivery driver showed up. The driver had a chance to be a hero to the elderly man, but what he did instead is deplorable.

The driver left the man’s package several feet away from him on the sidewalk and turned to leave without helping him up. The elderly gentleman can be heard in the doorbell camera footage calling out, “A little help here please…” and “Give me a hand. I can’t get up.” 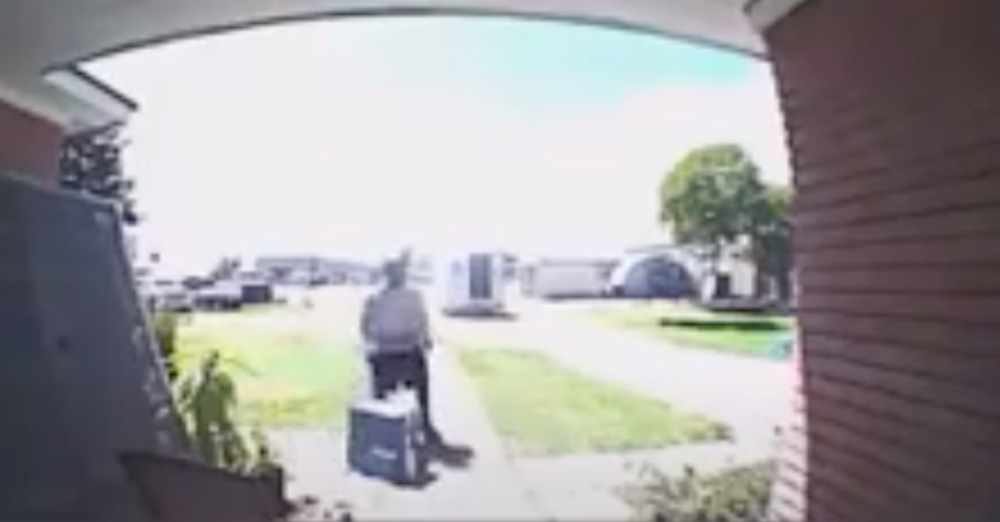 But the driver simply responded, “I can’t do that, poppa. I’m sorry,” as he returned to his vehicle.

It’s still unclear why the delivery driver felt he couldn’t help the elderly man to his feet or do something else to help the man, such as calling 911.

“He didn’t at least ring the doorbell or call 911!” says the elderly man’s daughter, Maria Kouches. “Thank God he’s OK, but what if he hadn’t been?” 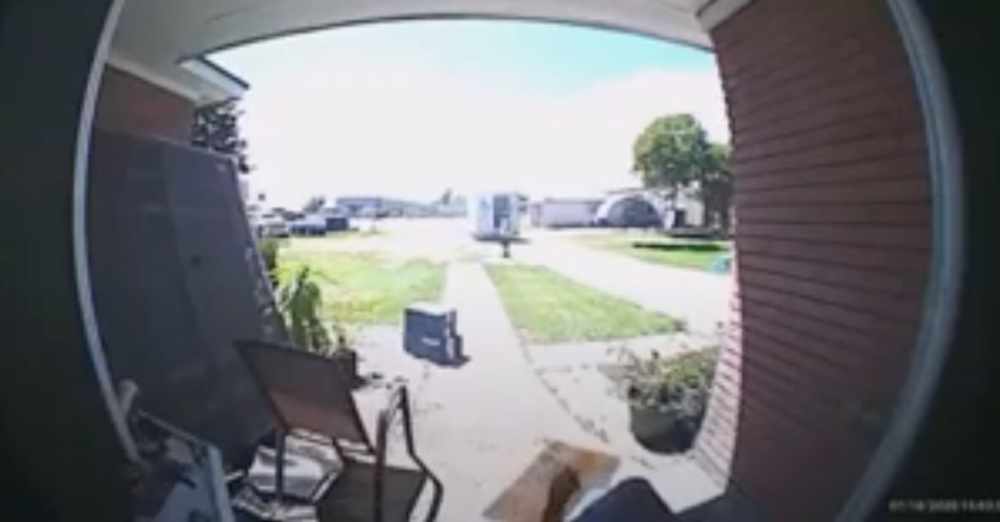 Maria shared that her father suffers from dementia and instability in his legs. He remained on the porch for about another 10 minutes before she found him and helped him back inside.

“We try to keep an eye on him, but he does still move around with his walker. It seems he was maybe trying to go back inside and his leg gave out. He gets confused and easily upset with new things,” Maria says.

“We extend our thoughts and concerns for the well-being of the person depicted in this video. The safety of our team members and customers in the communities that we serve is our highest priority. We are reviewing the circumstances behind this incident and will take the appropriate action.”

In the video below, you can see the elderly man moving his hand and legs and hear him asking for help as the FedEx delivery driver more or less ignores him and goes on his way. This video may be disturbing to some viewers.

Postal Workers in Singapore Check Up on Seniors with New Program: Click “Next” below!