There’s no denying that hospitals can be confusing places. Even for people who are of sound mind and body, it’s easy to get lost in the multitudinous corridors, which often all look the same. Whether we’re there for ourselves or loved ones, many of us feel vulnerable and anxious in hospital settings.

But, as you might imagine, the problem is far worse for people with dementia. They already spend much of their time feeling confused and unable to communicate, and hospitals don’t offer much in the way of familiarity to help them feel more comfortable. One hospital, however, is looking to change that.

The emergency department at Southend University Hospital in Essex sees its fair share of dementia patients, and many of them display signs of severe anxiety and confusion as they sit in an unfamiliar waiting room full of people they don’t know and sounds and smells they don’t recognize. Many of these patients express a desire to go home and try to leave the hospital before it’s their turn to be seen by a physician.

To help ease the discomfort people with dementia experience while waiting to be seen, the hospital staff decided to do something to give dementia patients a feeling of familiarity. With the help of major UK bus company Arriva, the hospital designed and set up a fake bus stop bench with all the same posted signs that a real bus stop would have, plus a cityscape image behind it. 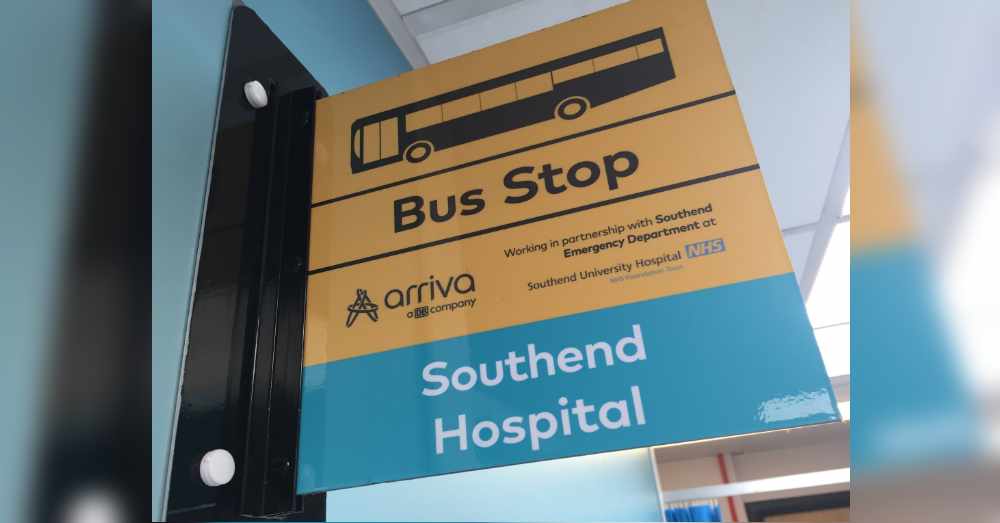 Researchers have discovered that giving dementia patients something they remember to look at helps them feel and act calmer. And for many city-dwelling senior citizens, a bus stop is very recognizable, something they’ve known how to use for many years.

Staff believes having a bus stop in their waiting room will help people with dementia feel like they’re just waiting for their bus to go home. Knowing that they’re going home soon will help feel comfortable as they sit and wait, which may also prevent them from wandering. 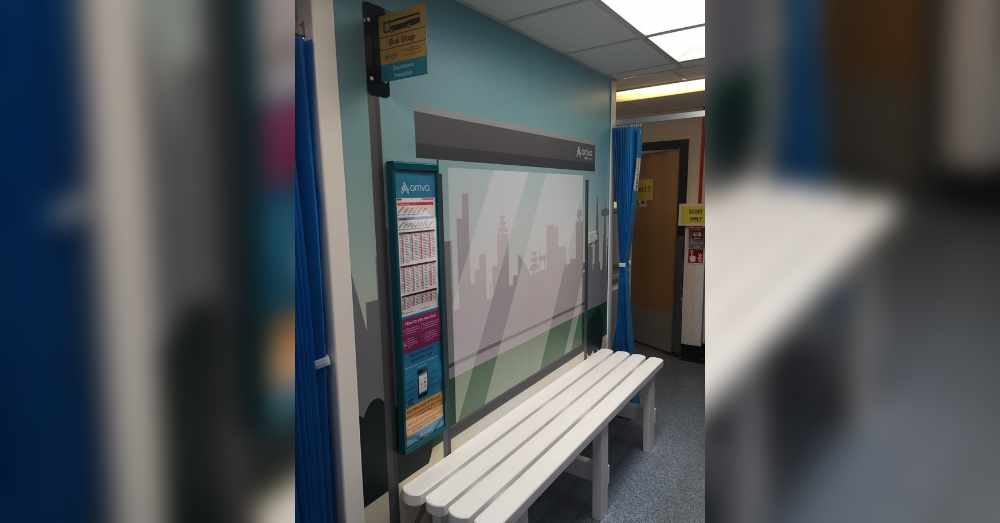 “Although patients may have short term memory loss, they are often able to recall familiar everyday landmarks from their long term memory, and a bus stop can be one of those,” says Sarah Ecclestone, a senior nurse at the hospital. “Research has found that individuals become much more relaxed at the sight of a bus stop, sitting down and waiting for their ‘bus home.'”

The bus will never come, of course, but the bus stop gives patients a distraction, a feeling of waiting for a purpose rather than just sitting around wondering when (or even if) they’ll get to go home. It helps them feel like they’ll be going home as soon as the next bus arrives, which is a comforting thought. 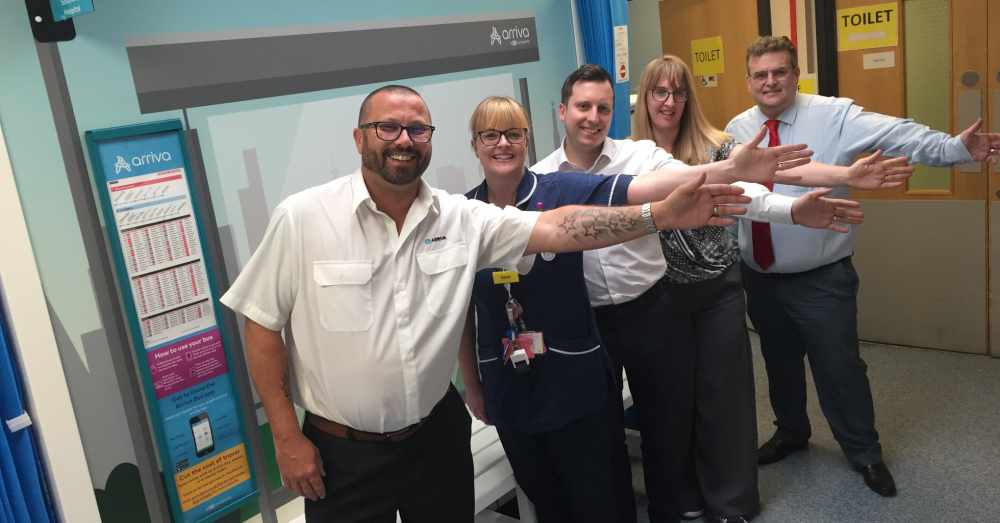 The hospital has also made some other dementia-friendly changes, including signage with yellow backgrounds for easy visibility and a fake cat named Socks that purrs and breathes to soothe patients as a real pet might.

Thank you, Southend Hospital and Arriva, for working to improve the experience of dementia patients, even when it involves some real out-of-the-box thinking!

Hospital Sees A Baby Duck Parade Every Year And It’s Adorable: Click “Next” below!