Usually, when we think of eating disorders, we picture teenage girls forgoing food in an effort to get the perfect figure. But elderly people, particularly those with Alzheimer’s or other forms of dementia, are also very susceptible to eating disorders.

The reasons for this issue are numerous. Some dementia patients simply forget to eat during the day, particularly if they are not being closely monitored by someone to ensure they get adequate nutrition. Some medications cause patients to not be able to taste their food, which leads to a lack of interest in food and possible malnutrition. Depression or a lack of exercise can have a similar effect. Shaking, another common problem in Alzheimer’s patients, could also cause an inability to feed oneself properly.

As dementia progresses, it can cause more nutrition-related problems. Patients may forget how to feed themselves or swallow. They may fail to recognize food when they see it or be unable to remember what to do with that food. On top of that, a patient who cannot feed himself or herself but still wants to be independent may refuse to be fed by someone else.

Eating too little is often an issue, but dementia patients can have the opposite problem as well. Forgetting whether or not they’ve already eaten may lead them to overeat or eat more times per day than necessary or reasonable. Many elderly people will find that their taste has changed and that they crave sweets much more than they used to. Some patients even mistake non-food items for food, which can cause choking, poisoning, or other serious issues. 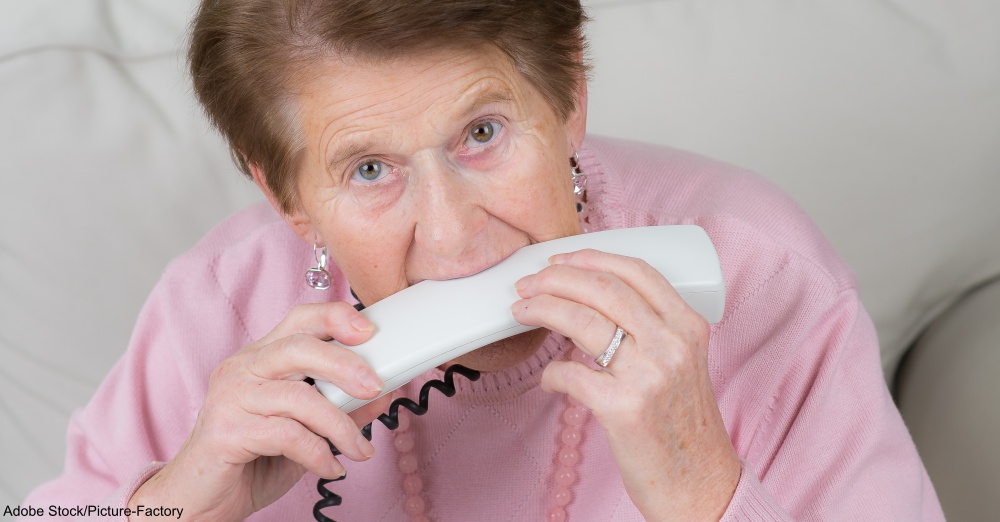 Is it an eating disorder?

These issues may not sound like the traditional eating disorder, but they are very real problems that cause elderly people with mental health conditions to have an unhealthy relationship with food. It is important that we recognize that eating disorders in the elderly are just as grave as those in young people.

To determine whether an Alzheimer’s patient in your life has an eating disorder, monitor their daily food and water intake. Think about what their responses are like when you offer them something to drink or eat. Talk to their doctor about how much they should be eating and drinking during the day and see how their habits compare to those numbers.

If you believe an elderly person you know has an eating disorder, talk to their doctor about options. You may be able to switch a medication to allow the person to be able to taste their food again or to keep them from shaking so much so that they can feed themselves. At the very least, you’ll be able to get some tips about what and how much your loved one should be eating and perhaps how to convince them to eat. 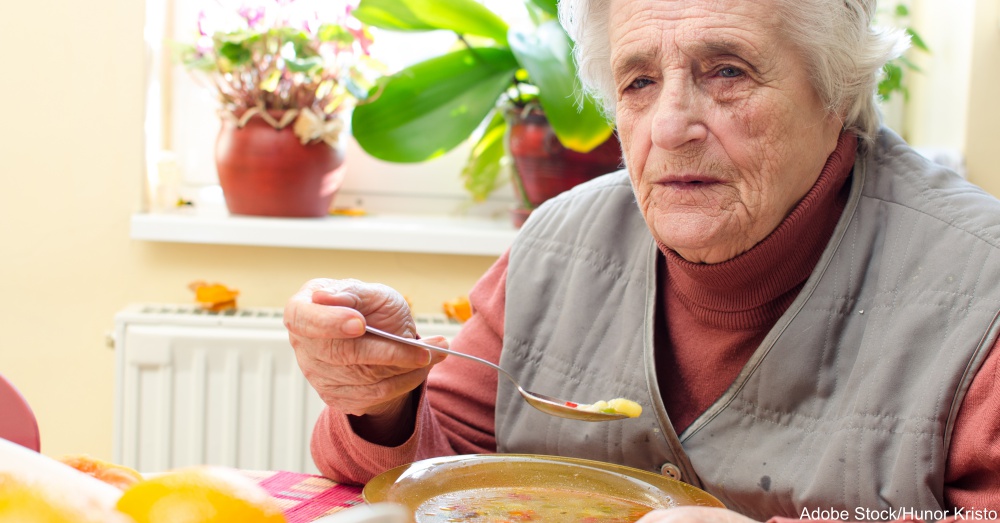 If you’ve talked to your doctor and still can’t get an Alzheimer’s patient to eat properly, we have a few other tricks up our sleeve for helping dementia patients eat. A trip to the dentist might be a good idea to ensure dental problems aren’t causing a lack of desire to eat. Then try these ideas.

For individuals who can’t chew or swallow well, cutting food into smaller chunks, serving drinks cold rather than hot, avoiding straws, and encouraging a neck-forward chin-down posture might do the trick.

For those who seem frustrated with food and refuse it for unknown reasons, you can try preparing types of food they don’t normally have to see what (if anything) they find more appetizing. Taking a bite or two of the food yourself may also be encouraging. Make sure to keep the table setting simple and the food choices to a minimum to avoid confusion.

If vision is an issue, make sure the food is a different color than the plate and that the person does not have access to any inedible objects that look similar to food, such as decorative fake fruit, tomato-shaped pin cushions, or skin care products.

For overeaters, you can try limiting their access to food or certain types of food in particular (like sweets) that they don’t seem to be able to get enough of. Make healthy alternatives available instead, and plan activities that will be a distraction from food.

If you have other tips for getting a dementia patient to eat properly, we’d love to hear about them in the comments below!