Many believe that Alzheimer’s is a disease that only affects the elderly. However, this isn’t always the case. Approximately five percent of Alzheimer’s diagnoses are given to people under the age of 65, totaling over 200,000 people in the United States.

Mickey Wakely is one of the nearly quarter million. With no family history of the disease, he was diagnosed with Alzheimer’s in 2012 at only 55 years old, changing his and his family’s lives in profound ways. His sister, Cindy, quit her job and moved back home to San Antonio in order to help the family with Mickey’s care. She says it was something she had to do, because “the window is so short.” On their daily walks together through the park, she is perpetually awed and humbled by the fact that Mickey unfailingly appreciates the beauty around him, because he is always seeing it with new eyes. 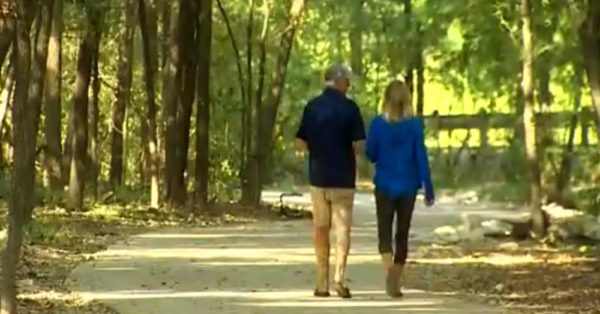 Mickey’s wife, Jane, recalls the difficult days just before the diagnosis, when he began to act strangely. As he began to get more disheveled and became difficult to communicate with, she contemplated divorce, saying, “I was so close to leaving him. I just thought, pull yourself up, get yourself together.” She stuck with him, though getting the diagnosis was excruciatingly difficult. She sank into a depression, and even considered taking her own life. Jane realized then that she wanted to be with him and to take care of him, so that’s what she’s doing. Now, their oldest son is getting married, giving Jane and her family a joyful reprieve. 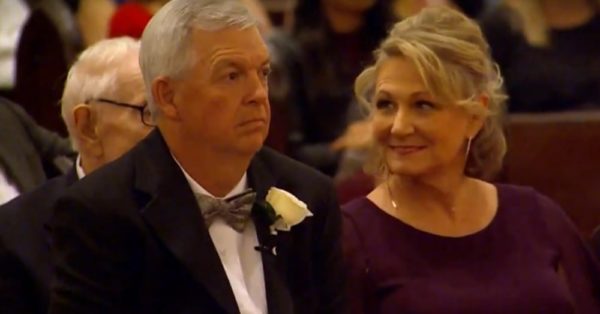 As for how Mickey feels about his diagnosis? He is taking it in stride, saying, “It doesn’t bother me at all. I know I have it. I have Alzheimer’s, and that’s it.”

Watch the moving story of the family’s experience with early-onset Alzheimer’s in the video below.