Man Builds Staircase For Senior Safety, Then City Tears It Down And Claims It’s Not Safe 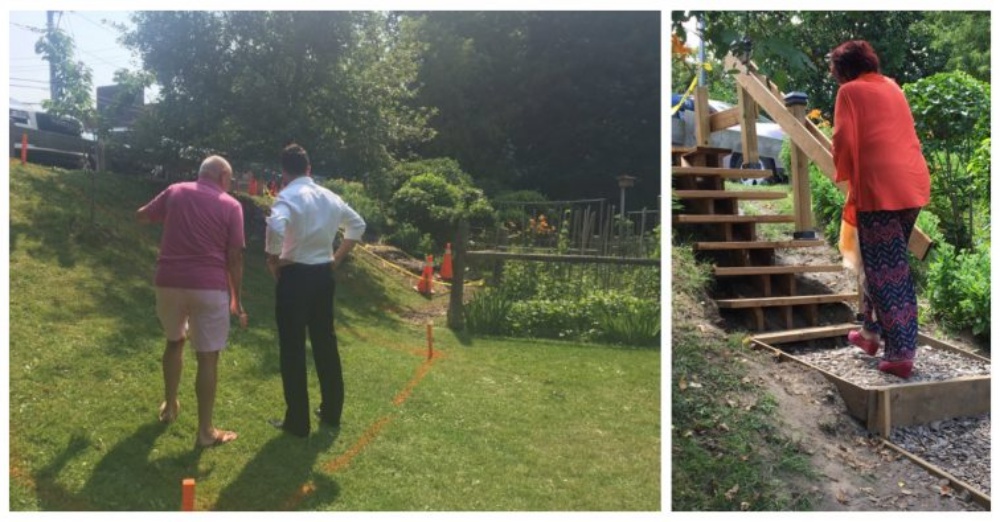 Seniors from a neighborhood in West Toronto were thrilled when they learned they would be getting a community garden. However, there was one large problem. The only way to access the garden was by way of a steep hill that would be dangerous for senior citizens to handle.

This was when a community member, Adi Astl, decided to take matters into his own hands. He actually spoke to a local news station about the poor access to the community garden, saying, “People were falling down. One person broke their hands. So it is not a good situation for anybody.” When he inquired about the town constructing a staircase, a council member stated that the cost would be between $65,000 and $150,000. 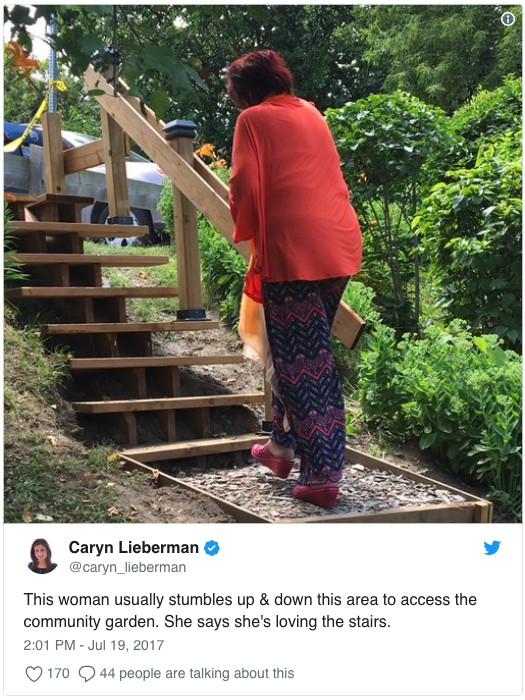 In Astl’s day he was a mechanic and, therefore, good with his hands and building things. He decided to build it on his own, spending only $550 and 14 hours out of his life. The other seniors in the community were beyond happy. However, soon after the stairs were built, Astl received news that the staircase was not built to code and would have to be removed. 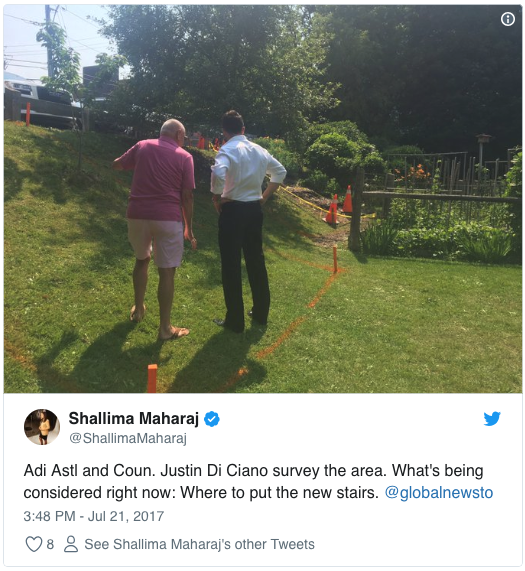 The mayor of Toronto, John Tory, reached out to Astl and thanked him for his efforts despite the staircase having to be taken down. Additionally, Tory informed him that they were able to get an estimate on built-to-code stairs, and it turned out to be a much more reasonable price of $10,000. Despite everything, Astl was just happy the mayor was making an effort to complete the original goal. 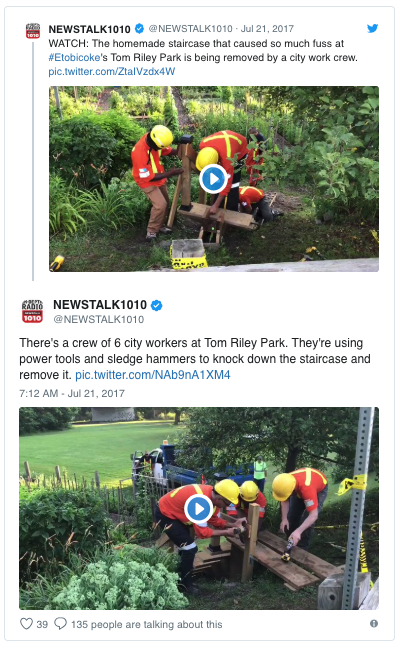 The mayor issued a statement about the situation, sharing his thoughts about how the original staircase proposal was handled. The statement read, “I want to thank Mr. Astl for taking a stand on this issue. His homemade steps have sent a message that I know city staff has heard loud and clear. The city always needs to be looking for simple, cost-effective solutions to problems, no matter how big or small they are … I’m not happy that these kinds of outrageous project cost estimates are even possible. I’ll be working to identify what changes we can put in place to make sure this doesn’t continue to happen.”

The new built-to-code stairs should be constructed soon according to Shareably.

Be sure to SHARE this article if you loved this story!