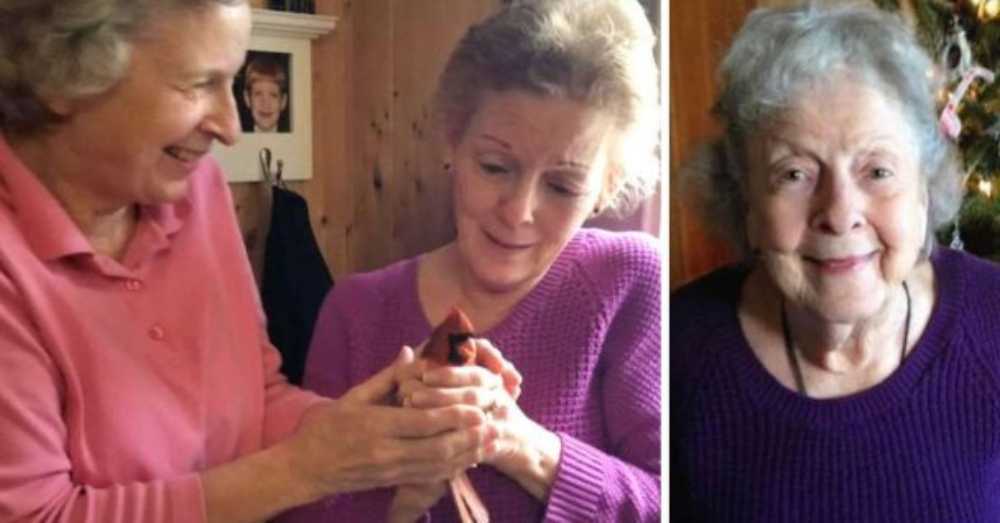 Dorothy Booth, a resident of Virginia, passed away at the age of 97. Of course, just like anyone who is gifted with the chance to spend a long and loving life with any relative who then ultimately passes, the family is left grieving. However, they say that after a family member dies, their spirit is kept around through things like songs they used to like being played or their favorite perfume scent shifting through the air.

This is no different for Dorothy Booth, as the family received a visit from her favorite bird. Now, most people would say that’s just a coincidence. That is, until you read the conversation that took place between Dorothy and the family before her death. 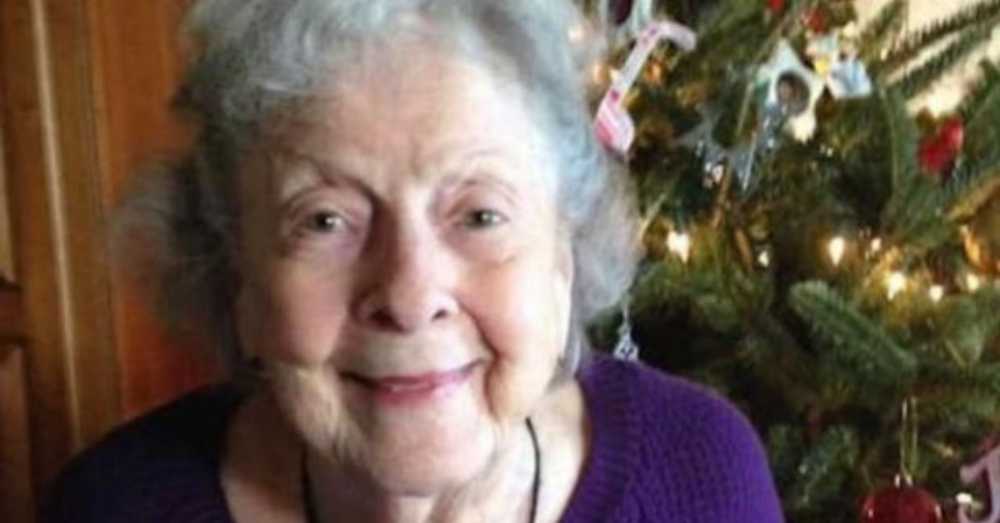 The family told The Dodo about the conversation that took place prior to Dorothy’s death.

“They talked many times with Grandma, lightheartedly, even jokingly,” Angela Abbott Patteson, Booth’s granddaughter-in-law, said. “‘Hey, when you get to heaven, see if you’re able to send a sign that you’re there, and that you’re happy.’ She would say, ‘I’ll see what I can do!’ They said, ‘Send a cardinal!’ Because that was one of Grandma’s favorite birds.” 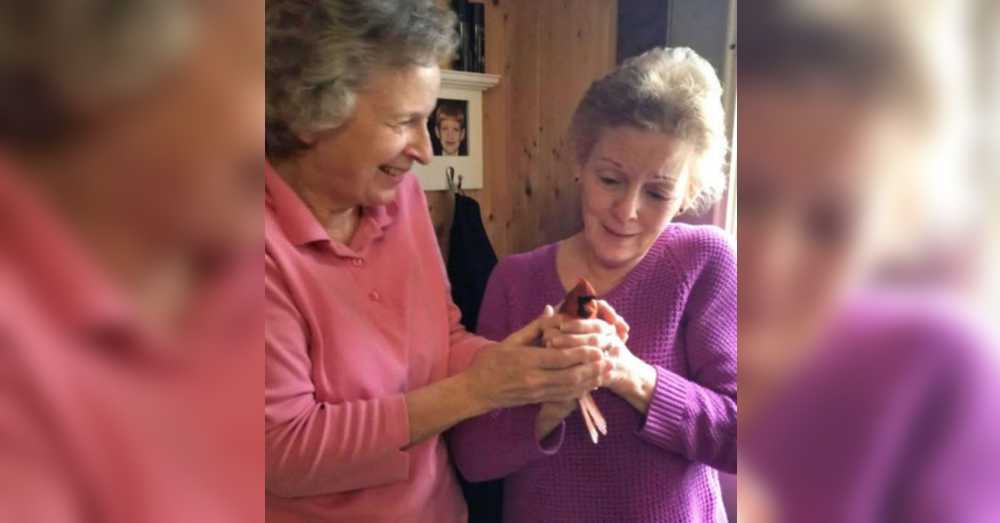 Dorothy’s family truly believe that she fulfilled that little request. The day after Dorothy’s memorial service, the family gathered together to play Dorothy’s favorite card game in her honor. Around this time, they heard something at the kitchen window. Sure enough, a little cardinal had made its way to the kitchen window, beckoning to them for attention.

“My father-in-law went outside and saw it was a cardinal. It was just sitting there, completely alert and calm — nothing wrong with it,” Patteson explained. “He was able to approach it and pick it up. He brought it in the house. [Debbie and Jeanne] were just ecstatic. They were taking pictures and crying and saying, ‘Oh my gosh, it really happened!'” 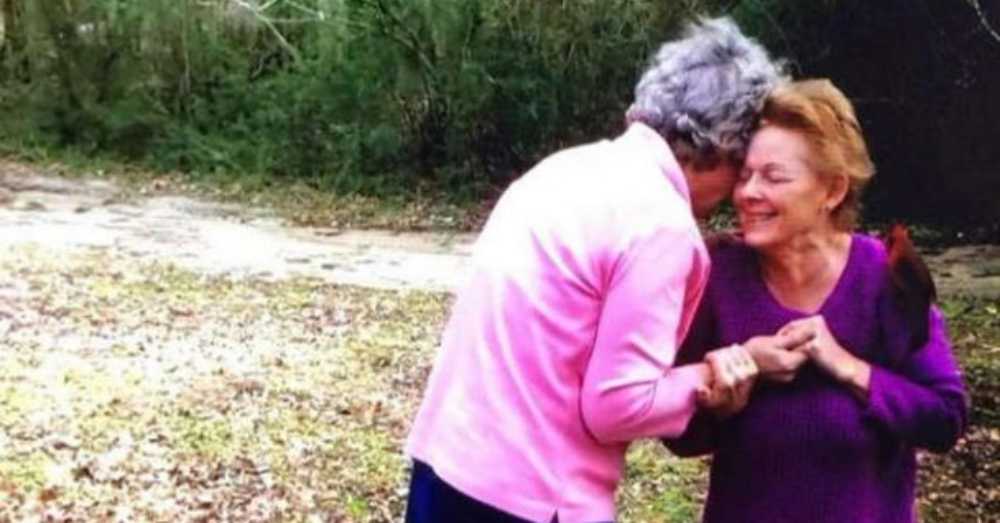 What happened next is truly stunning. The cardinal was not so eager to leave the family. When the family tried to set it free, it actually flew back and landed on the shoulder of one of Dorothy’s relatives. It brought the family so much joy, as most birds would obviously not react that way to human interaction!

Soon, the family decided to bring the cardinal outside and placed it on a branch. It lingered for just a few more minutes before flying away. “This has brought so much comfort to them, to have this prayer answered,” Patteson said. “They knew that it was from God.” 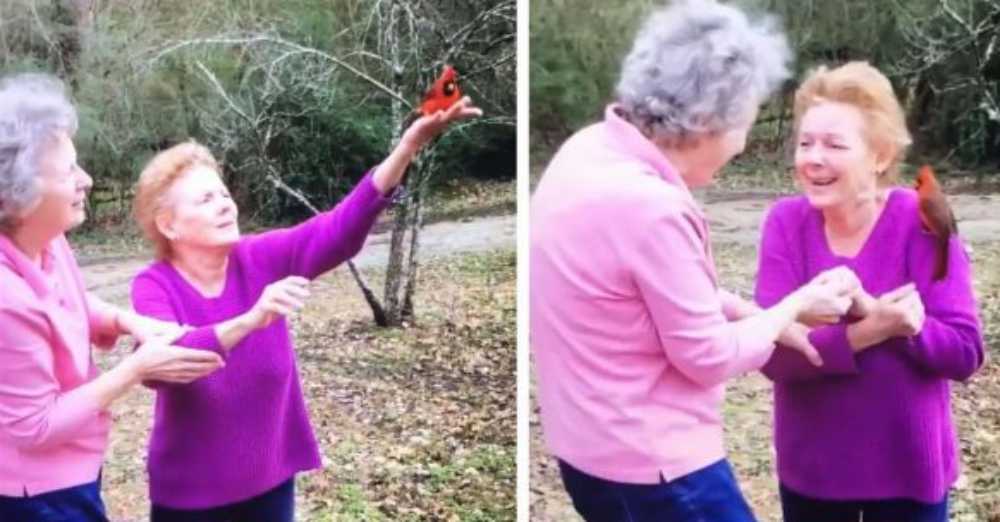 Be sure to SHARE this article if you love this heartwarming story.

Check out the full video below of the family with the cardinal:

This is amazing- so as many know my husband’s grandmother Dorothy Booth passed into glory two weeks ago.. (she was 97)

For the past few years my mother-in-law Debbie and her sister Jeanne have talked to Grandma and on several occasions asked her (when it was her time to leave this world) send them a sign once she was in heaven, and they specifically asked that a cardinal would be involved. Aunt Jeanne also prayed that the Lord would do it in such a way that they would never have thought of. Well, God answered that prayer yesterday, (the day after grandma’s memorial service, and hours after they had been talking about that very prayer) while they were playing grandma’s favorite card game “Canasta”!!!

They heard something at the kitchen window and my father-in-law Brian went out to check. A cardinal was there and he was able to bring it inside. For 10 min they held and pet it, then they decided to go outside to release it. Following is a short video clip of this amazing experience and what happens next! (The bird flew away 10 min later) You must watch!!
Our God is so faithful! 😭❤️🙌🏼

This Touching Photo Says Everything You Need to Know About Dementia and True Love: Click “Next” below!