Kids’ Letters from Grandma with Dementia

For 67-year-old Olive Munro, the entire world was turned upside-down when she was diagnosed with dementia three years ago. The mother of three and grandmother of six has a lot of life left to live and wasn’t ready to lose the amazing memories of her kids, her grandkids and her life.

“When I first found out I was fed up and depressed. I didn’t want to talk about it with anyone,” she says. “I eventually sucked it all up and I thought if I decide to give up then I would have already been defeated. You just never know which part of your brain will go first but I will enjoy today and worry about tomorrow later.”

Even if there is no tomorrow for Olive in which she can think and remember properly, she’s already prepared. She has taken it upon herself to complete a little family tradition that her grandchildren will be able to appreciate years from now.

“I was born in Scotland, and in my family, it was always a tradition that once you turned 21 you would receive a key,” says Olive. “It’s an old-fashioned thing.” 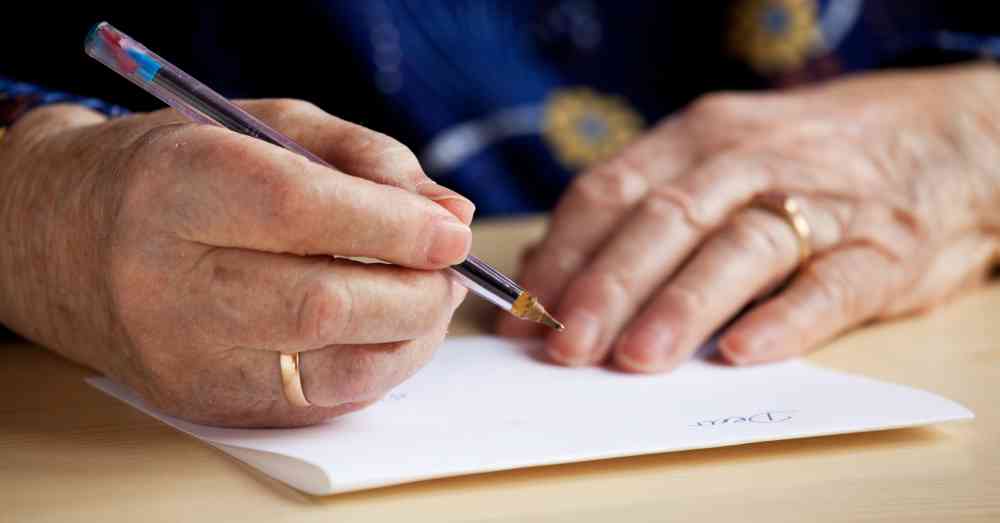 When Olive’s children turned 21, she did the same thing for them that her family has done for generations—gave them a handwritten letter and a special decorative key to remind them of the sage advice included in the note. Alene, 48, Douglas, 46, and Christopher, 43, have been able to cherish their mother’s words all this time, and they’ll continue to be able to re-read her letters in the coming years.

Olive wanted her grandchildren to get the same gift when the time is right, but there are several years between most of them and their 21st birthdays. Andrew, 17, Colin, 12, twins Liam and Connor, eight, Luka, seven, and Isla, four, will have to wait to get their letters, but Olive is preparing them right away, because she doesn’t know if she’ll be ablet to do it when it’s time.

“Because I have vascular dementia, I’ve had to prepare it early,” says Olive. “I went to an antique store in Edinburgh to get the keys for them, and I’m going to write letters to all of them too.”

Olive may not always be of sound mind, but her letters will be one way to help her children and grandchildren remember who she used to be and know that she is still the same remarkable woman, just with more difficulty getting her brain and body to do what they’re supposed to do. 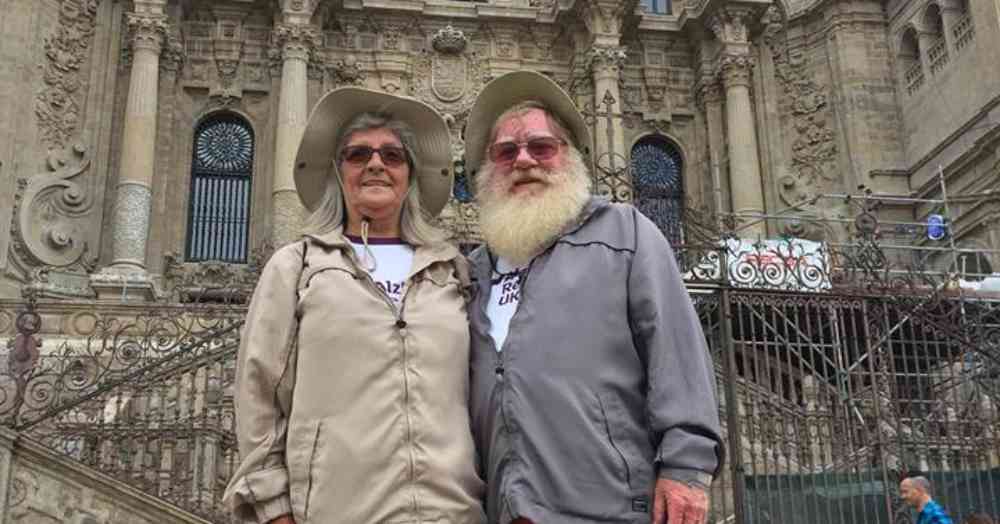 “I really hope they will appreciate this special tradition and that they will also do it with their own children someday,” says Olive.

But Olive is far from done living. She’s still fighting her disease and is raising money Alzheimer’s Research UK to help them find a cure. She and her husband, 74-year-old Ronnie, walked at least 10 kilometers a day for two months along the Camino de Santiago pilgrimage route through France and northern Spain. And, of course, apart from walking, Olive is also spending lots of time enjoying her children and grandchildren.

These Twins Have Been Slowly Deteriorating Since Age 3, Due to Rare Childhood Alzheimer’s: Click “Next” below!