As more and more people get diagnosed with Alzheimer’s disease and other incurable dementias, it is becoming more important to find a way to ease the suffering of dementia patients and find creative ways to reawaken the brain.

Animals have been shown to help dementia patients smile more, talk more, and interact with the world around them. Many families are turning to pets and therapy animals to provide their loved ones with the warmth and support of an animal to help them cope with their disease.

Specially trained “dementia dogs” can help seniors with dementia navigate the physical difficulties they may encounter in their lives as well as the emotional and mental ones, but the training for these dogs can take years and several thousand dollars. That’s why the Dementia Dog Project enlists the help of volunteer inmates from the Scottish Prison Service in Tayside, Scotland, to train their therapy dogs. 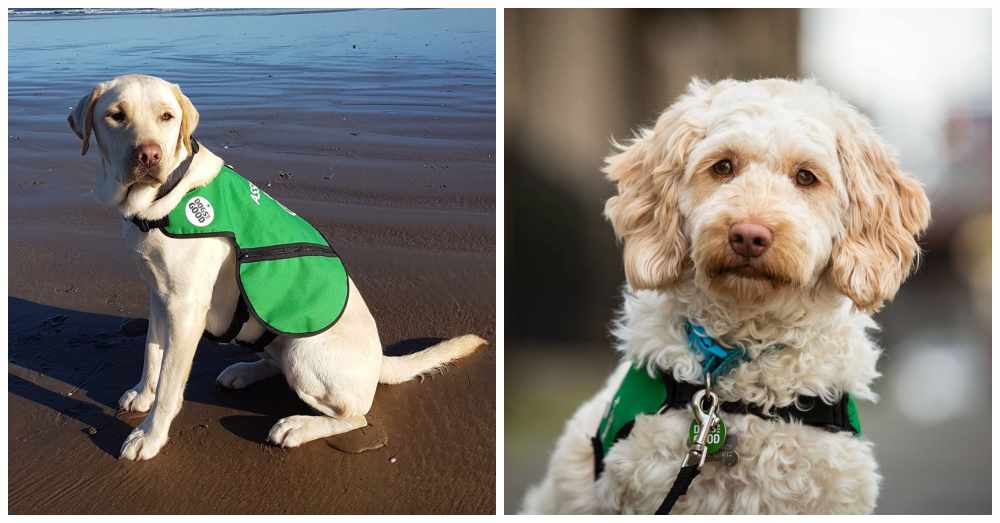 The dogs’ main job is to be an encouraging companion, but they also practice tricks that can help dementia patients immensely. With the help of the inmates, the dogs learn how to open doors, retrieve medications, remove articles of clothing, and other everyday and special tasks.

The inmates at the prison also gain something from their time with the dogs. They learn communication and patience, among other work-related skills, that will help them get their lives back on track and be productive members of society after their release. 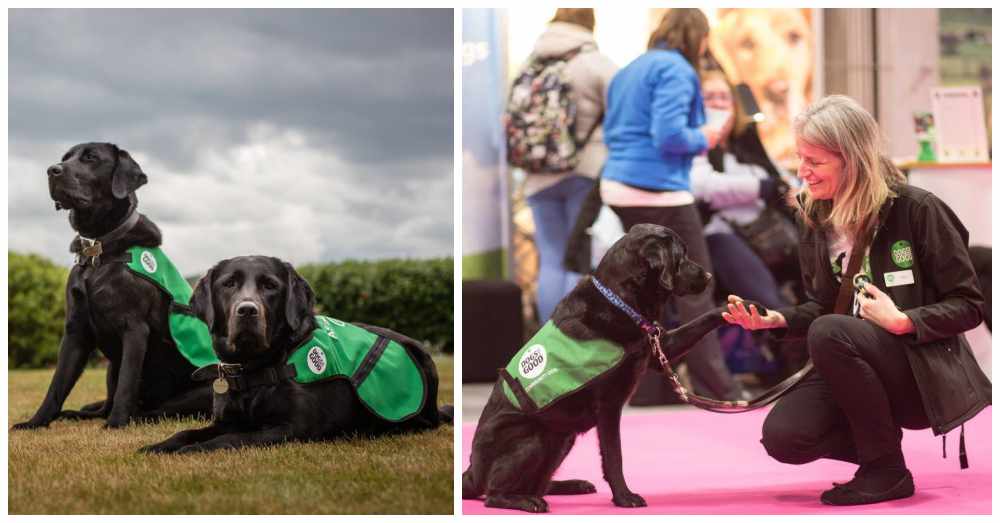 Malcolm and Imke Thomson of Dundee welcomed their dementia dog, Webb, a black Labrador Retriever, home a year and a half ago. Although 71-year-old Malcolm was initially wary of getting a dog to help him with his Parkinson’s and dementia, but now his wife reports that the dog makes him smile every day and has also made him more compliant with his daily exercise regime. 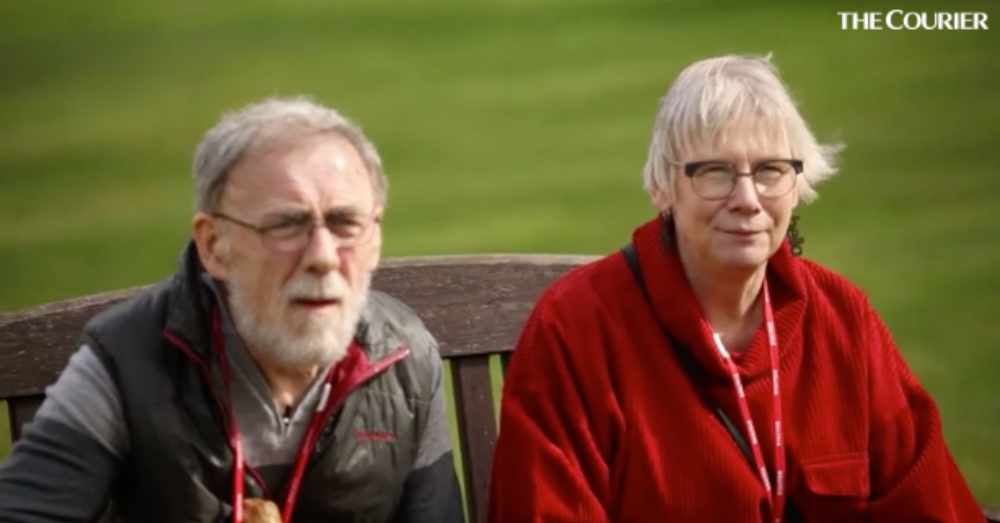 “If I roll out the exercise mat, Malcolm will say, ‘Oh I can’t be bothered,'” says Imke. “If the dog does it and then stands with his tail wagging, he can’t resist. It just makes the atmosphere in the house so much happier. Just those little moments, that smile, being able to have Webb at the end of a tough day and saying, ‘Come on, we’re in this together, we can do this.’ It makes a big difference.”

Webb keeps Malcolm from feeling lonely and motivates him to keep trying his best. Imke also reports that Webb has been sort of a conversation piece, enabling Malcolm to have more conversations with strangers, which keeps his language and other mental skills up. 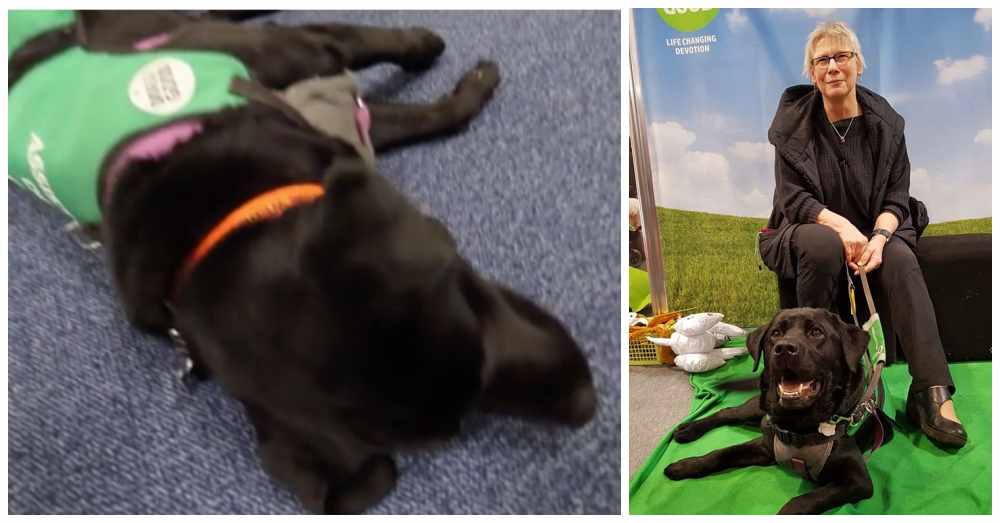 Photo: The Courier and Facebook/Dementia Dog

The Dementia Dog Project just graduated eight more dogs who have been in the training program for two years, and many of them have already been placed in loving families who desperately need their support. But as the Dementia Dog Project has run out of funding to continue their important mission, this will be the last graduating class until more funds are allocated.

“We have had funding over the last three years to train up eight of these dogs,” says Dementia Dog Project manager Fiona Corner. “They cost £21,000 each but they save so much more money than that than the families they go on to support.”

Check out the video below to learn more about Malcolm’s dog, Webb, and how the Dementia Dog Project is helping both inmates and seniors get their lives back.

Weekly Dog Visits Are Bringing These Nursing Home Patients Back to Life: Click “Next” below!