By The Alzheimer's Site Blog

Four police officers and one DART officer were killed in Dallas, Texas Thursday night during a peaceful Black Live Matter protest. The final tally lists seven other officers and two civilians wounded in the attack.

Suspect Micah Xavier Johnson was eventually taken down in a parking garage on the El Centro College campus by a police robot armed with an explosive device. Three others are still in custody after the attack, and have been uncooperative with authorities, according to Dallas News. 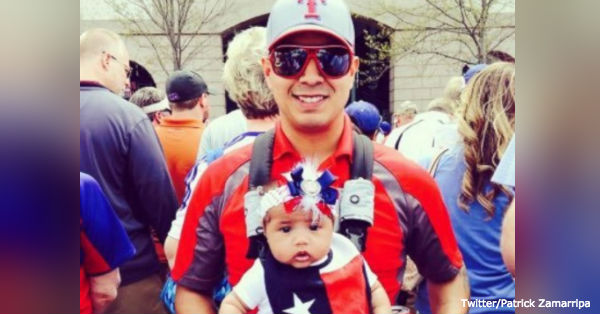 Patrick Zamarripa was one of the officers killed in the sniper attack in Dallas.

Rev. Jeff Hood, one of the organizers of the BLM protest, told CNN he saw two officers get shot and started running.

“I ran the opposite direction. I was concerned about the 700 or 800 people behind me,” Hood said. “I was screaming, ‘Run! Run! Active shooter! Run!’ And I was trying to get folks out as fast as I could.”

According to military documents, Johnson was a member of the U.S. Army Reserve and trained as a carpentry and masonry specialist. Former co-worker Caitlyn Lennon told Dallas News she knew he had been in the military, and that he had been deeply affected by the magnitude recent events.

“He was always very affected by the police stuff and had very strong feelings about being black,” Lennon said. “I can only imagine how pissed off he would be in the past year watching all of the shootings.”

After a sweep of Johnson’s property, ATF and police squads did not report finding any explosive devices, although they did remove a number of items from his Mesquite home.

There has been no report confirming whether Johnson and the three suspects in custody were the only people involved in the attack, and officials are not forthcoming with other names as the investigation is yet underway.

“We’re not satisfied that we’ve exhausted every lead,” Chief Brown said. “Our profession is hurting. Dallas officers are hurting. We are heartbroken. There are not words to describe the atrocity that occurred to our city.”