Kenneth Harmon may not have known much about social media, but it learned quite a bit about him on the day he invited all six of his grandchildren to dinner and only one showed up. His granddaughter Kelsey, the only one who made the trip, tweeted a picture of Harmon appearing sad during the dinner, and the photo quickly went viral. Fortunately, this story soon took a heartwarming turn, as not only did Kenneth clear things up with his grandchildren, he also decided to hold another cookout for his new friends. As for the initial dinner, it all turned out to all be a simple miscommunication. Kenneth explained in a later interview that he found out his other grandchildren hadn’t gotten the invite, and Kelsey posted about it before she knew that. Although Kenneth isn’t the social media type, when he realized he had all these fans, he decided to give back by scheduling a Saturday cookout. His grandson, Brock, posted the invite to let everyone know they were welcome to attend. 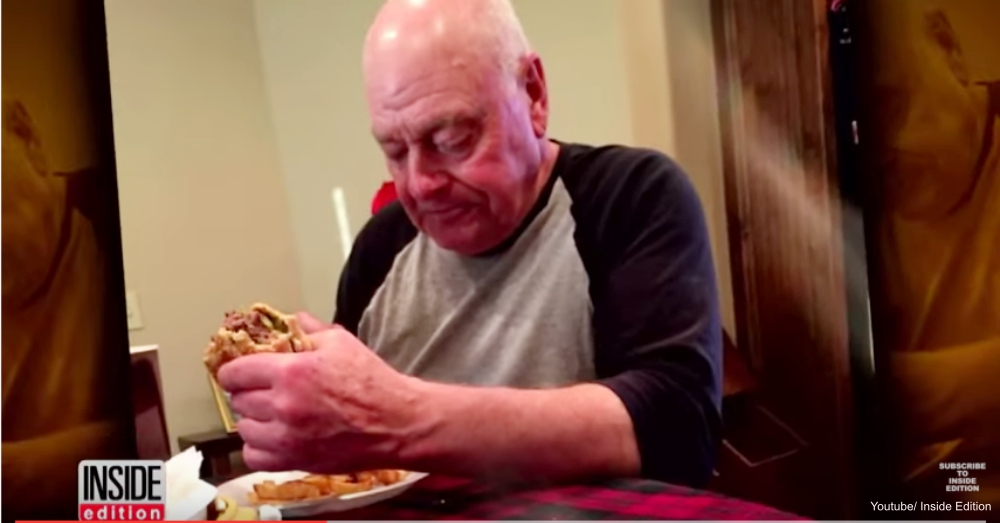 With the opportunity to get a homemade burger and a picture with “Sad Grandpa,” Kenneth’s fans came out in full force. Over 100 people showed up to the cookout, including multiple reporters. According to Us Weekly, some of those guests traveled over 1,000 miles. Kenneth made sure everyone there got a burger and a selfie, and he even offered T-shirts for sale.

This time there was no miscommunication, and all of Kenneth’s grandchildren made sure they were in attendance. Kenneth says he hopes the story serves as a reminder for the younger generation to visit their grandparents often. Kenneth’s story and his message to spend more time with family demonstrate how important family relationships truly are. For more wise words from an elder, check out this 108-year-old’s life advice.