For many patients with terminal illnesses, awareness of their impending deaths makes trying to fulfill final wishes an urgent issue. Unfortunately, medical expenses, increased disability, and transportation issues often interfere with such wishes being fulfilled before time is up. One Dutch charity is trying to work with terminally ill patients to make sure these small but important desires don't get overlooked. 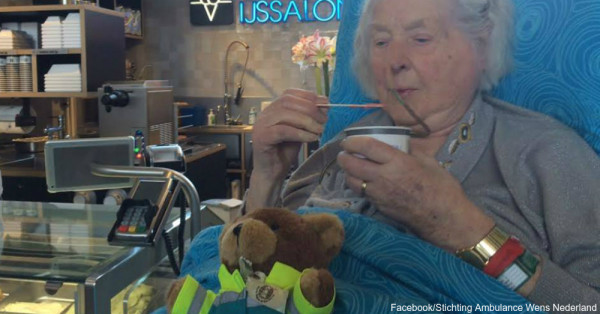 The organization is called Stichting Ambulance Wens, which translates to the Ambulance Wish Foundation. It was started by ambulance driver Kees Veldboer after he discovered the difference one spontaneous act made when helping a paralyzed and terminally ill sailor have a final trip on a sailing boat.

The organization exists to help those who have difficulty in moving and who are about to die. In particular, it exists to fulfill the small wishes that many would take for granted, such as seeing a beloved place for a final time, enjoying art or experiencing an activity such as sailing or horse riding that many would consider impossible for the weak and immobile. 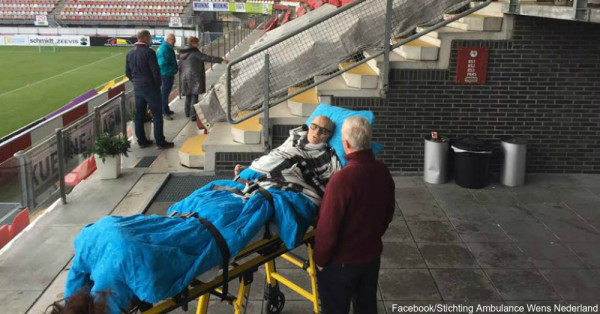 Over the years since its foundation in 2007, the charity has acquired six ambulances that allow patients to view the road as they travel, as well as a holiday home. Thanks to over 200 dedicated and experienced volunteers, many of whom are trained paramedics or emergency drivers, the charity often helps up to four terminally ill people a day. Its speciality is the quality of care it can provide while fulfilling patients' wishes. Because a trained nurse accompanies every patient, caregivers can relax in the knowledge that their loved ones are in safe hands while they carry out their final wishes. 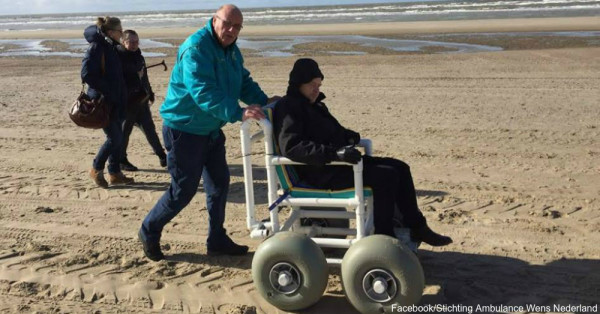 Doctors occasionally prevented patients from going on the foundation's outings at first, but as its work has spread and its reputation for care has grown, a medical provider is now frequently the first point of contact with the organization. Its fame is also international, and Veldboer has helped to set up similar services in Israel, Belgium, Sweden and Germany.

Caring for those at the end of their lives can be emotionally draining, but there are joys to be had even in the bleakest times. Check out this moving video created by a great-grandmother as she reflects on aging and talks about her view of her life at its close.