Families suffering from Alzheimer’s disease have often wished there was some sort of vaccine or other preventative treatment for the disease. While some lifestyle factors can reduce the risk of developing Alzheimer’s, there weren’t many other options. A revolutionary new capsule may change that.

Researchers have long believed that the body’s own immune system may be a powerful tool in fighting Alzheimer’s disease. Although the roots of the disease are complex, one major cause is the development of amyloid plaques. These occur when cells overproduce a protein called amyloid-beta, which clumps together and kills the neurons around it.

The immune system can be stimulated to target those plaques by attaching antibodies to them, which tell the body that those proteins are harmful. Scientists had already developed a vaccine that delivers these antibodies, but it required continual boosters and caused significant side effects. 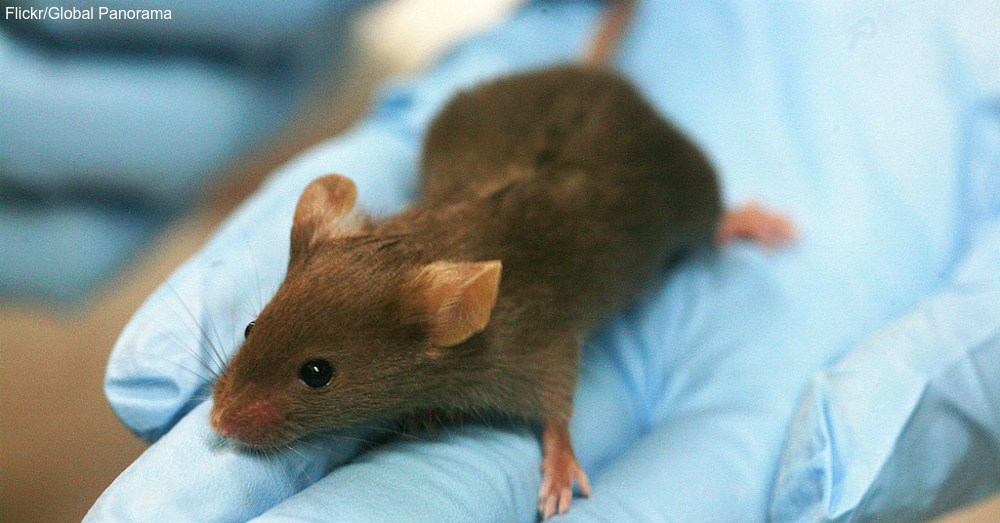 Swiss scientists at the Ecole Polytechnique Fédérale de Lausanne revolutionized the vaccine idea by creating a bio-compatible implant to perform a similar function. The implant, which is inserted under the skin, contains cells that continuously create antibodies. These antibodies pass through the membranes surrounding the capsule and make their way to the brain, where they attach to amyloid plaques to alert the immune system of the danger. The membrane also shields those antibody-producing cells from the immune system, so it attacks the plaques but not the other helpful cells. This allows cells from one donor to be used for multiple implants. 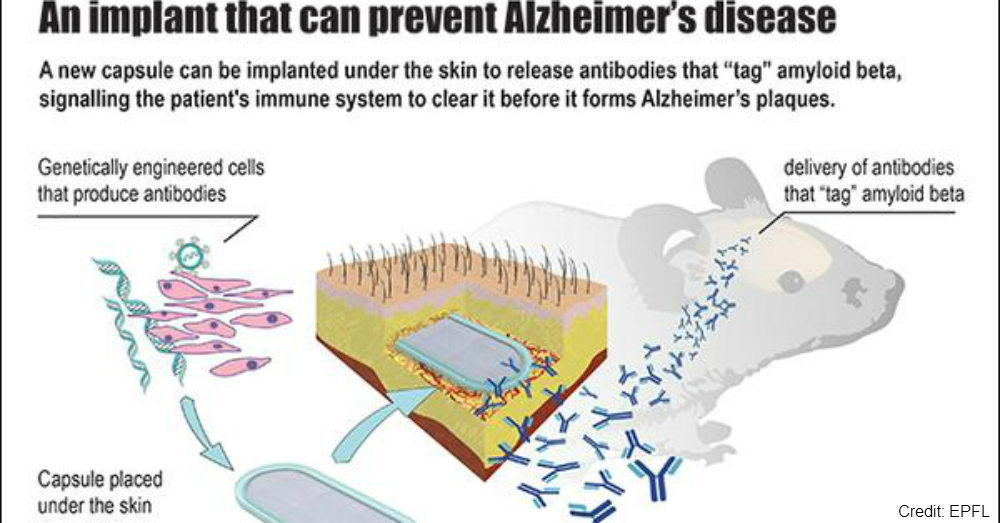 The researchers have tested the implants in a strain of lab mice known for developing plaques, and so far the results have been dramatic. The mice had a reduced amount of amyloid protein, and they also did not develop plaques in their brains as they otherwise would. Although more research and testing is needed before this implant becomes widely available, the proof-of-concept test shows great promise. Alzheimer’s disease is a devastating condition, but this new implant may help turn the tides in the fight against it.