While Alzheimer’s disease is the most common type of dementia, it is certainly not the only one. Dementia may take on different forms, and there are several other conditions and diseases that can lead to its development. Although patients diagnosed with each of these conditions may exhibit markedly different symptoms, some of them are rare, and can be easily mistaken for Alzheimer’s. Sadly, none of these diseases are totally curable.

However, some medications may slow their progression, help maintain normal brain functioning, or alleviate some of the symptoms that accompany them. Below are nine of the lesser known diseases and conditions linked to dementia. If you notice a loved one exhibiting any of these symptoms, it is important to find a specialist who can make a proper diagnosis. Try to arrange an examination for your loved one without raising alarms. Be honest with them, and approach the subject with sensitivity to any opposition they express, which may be rooted in fear.

Corticobasal degeneration (CBD) is a rare disease where parts of the brain break down and begin to shrink. Symptoms of this disease are similar to those of Parkinson’s disease, as it is categorized as a Parkinson plus syndrome. The parts of the brain that are affected include the cerebral cortex and basal ganglia. Patients often exhibit a lack of coordination, rigidity, and may display “alien hand syndrome,” a condition in which a limb suddenly performs jerky motions independent of the rest of the body. As the disease progresses, patients may experience symptoms of dementia and the loss of intellectual abilities. 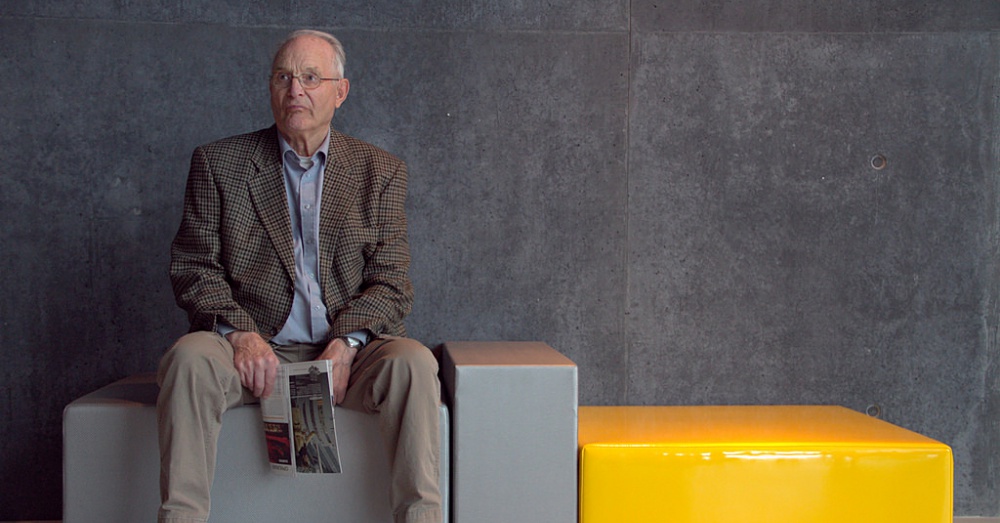 Huntington’s disease is a genetic disease that is similar to Alzheimer’s, except patients may have less problems with recognizing loved ones, and more problems with planning, thinking, and learning new things. It usually strikes adults between the ages of 30 and 45, with symptoms that include involuntary jerking movements, difficulty with speech, and muscle rigidity. Patients may also exhibit obsessive-compulsive behavior. The cognitive problems may worsen over time and eventually lead to dementia. 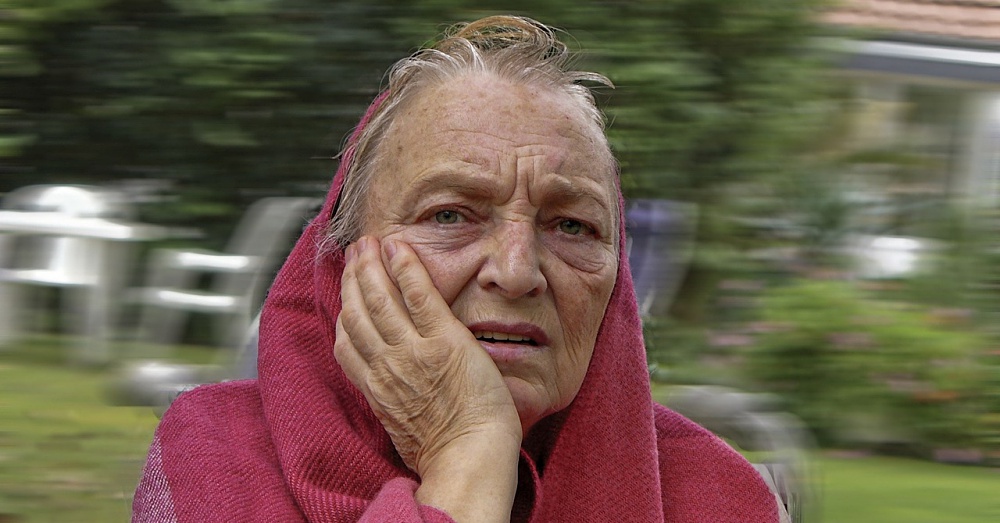 Normal pressure hydrocephalus is a brain disease that typically strikes people in their 60s and 70s. It is characterized by excess fluid from the brain and spinal cord accumulating in the brain’s ventricle. This accumulation disrupts thinking, reasoning, and decision-making, and interferes with motor skills. Patients often have trouble with walking and bladder control as the disease progresses.

This disease may be difficult to diagnose because many of the symptoms are common with other types of dementia, from which many patients may also be suffering. Doctors sometimes try to drain the excess fluid from the spinal cord as treatment, though medical practitioners have yet to find nonsurgical techniques that are effective. For a proper diagnosis, patients exhibiting these symptoms are recommended to see a neurologist. 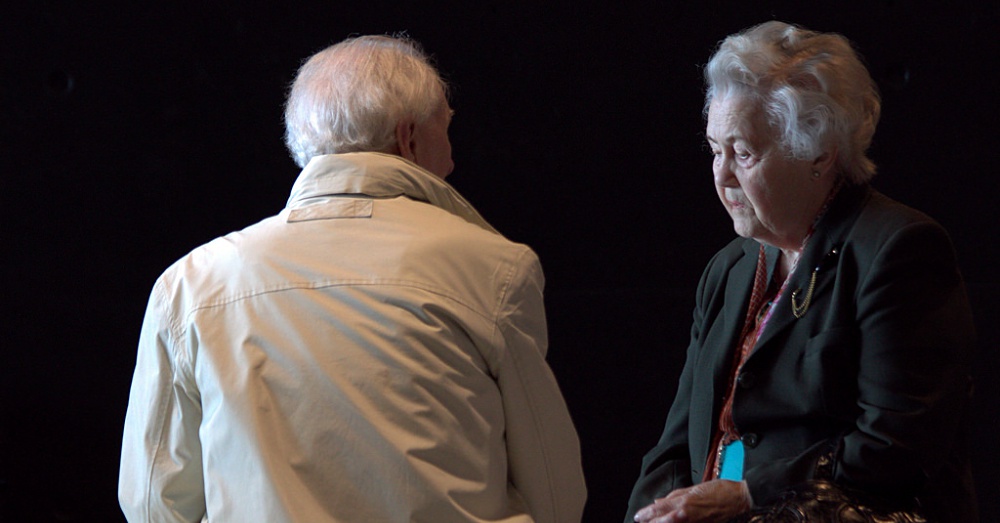 Those suffering from Parkinson’s disease face an increased risk of developing dementia, which may occur in the later stages of their illness. Parkinson’s disease dementia is characterized by impaired thinking and reasoning. As the changes in the brain caused by Parkinson’s start to spread, the patient begins to exhibit trouble remembering things, paying attention, using reasoning and judgment, and completing simple tasks. Other symptoms may include delusions, hallucinations, and sudden emotional outbursts.

Doctors believe microscopic deposits known as “Lewy bodies” cause Parkinson’s disease dementia. The Lewy bodies can be found spread throughout the brain, and are also found in other brain diseases, including dementia with Lewy bodies (DLB). The primary difference is with Parkinson’s disease dementia, cognitive problems begin a year after the patient experiences Parkinson’s-related movement symptoms, instead of before or at the same time as their movement problems. 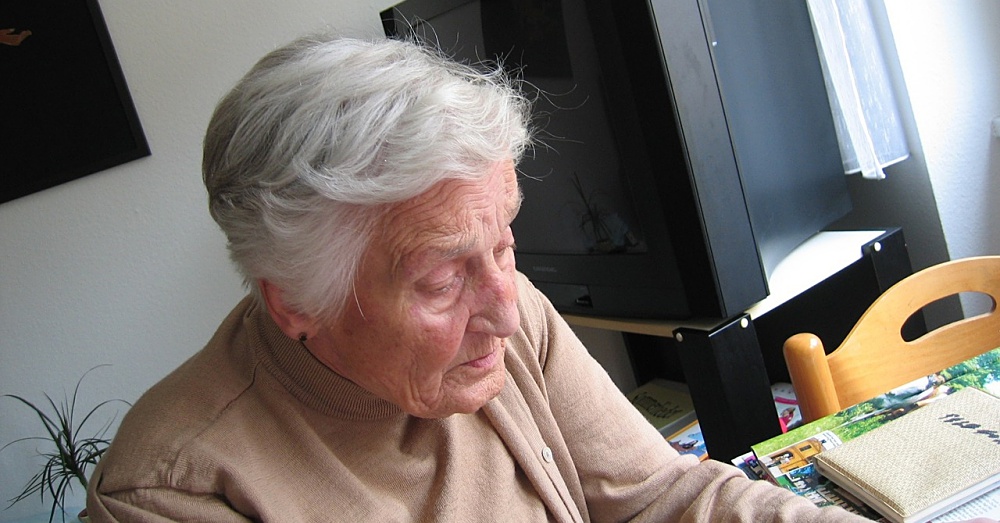 Posterior cortical atrophy (PCA) is a gradual and progressive degeneration of the outer brain cortex that affects people between the ages of 50 and 65. It is similar to, and often mistaken for, Alzheimer’s disease. Symptoms vary by patient, but they generally pertain to one’s skills related to visual ability, since the portion of the brain responsible for those skills is affected.

Patients may have difficulty processing visual information. They may struggle with visual tasks such as reading, judging distances, distinguishing between moving and stationary objects, and using tools. They may also have trouble perceiving more than one object at a time, spelling, and performing mathematical equations. Patients might exhibit anxiety and personality changes, perhaps because they know something is wrong with them. They generally do not exhibit memory loss at the onset of the disease, but may experience it as the disease progresses. 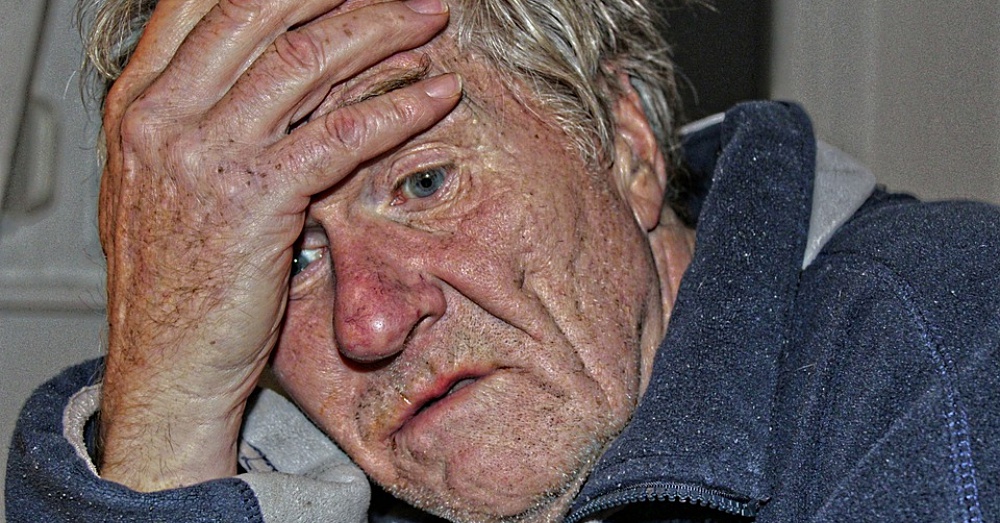 Creutzfeldt-Jakob disease is a rare, fatal brain disease that affects one out of every million people per year. It is believed to be caused by abnormal proteins, called “prions,” invading the brain and attaching to normal brain cells to create new prions. This change in brain composition impairs normal functioning and leads to personality changes in the patient. Early symptoms include problems with memory and issues with coordination, with dementia occurring later. The disease sets in and manifests symptoms very quickly, and most patients die within a year. The disease can be transmitted, but only by coming in contact with fluid from the brain or spinal column. Scientists do not know the cause and have no cure. 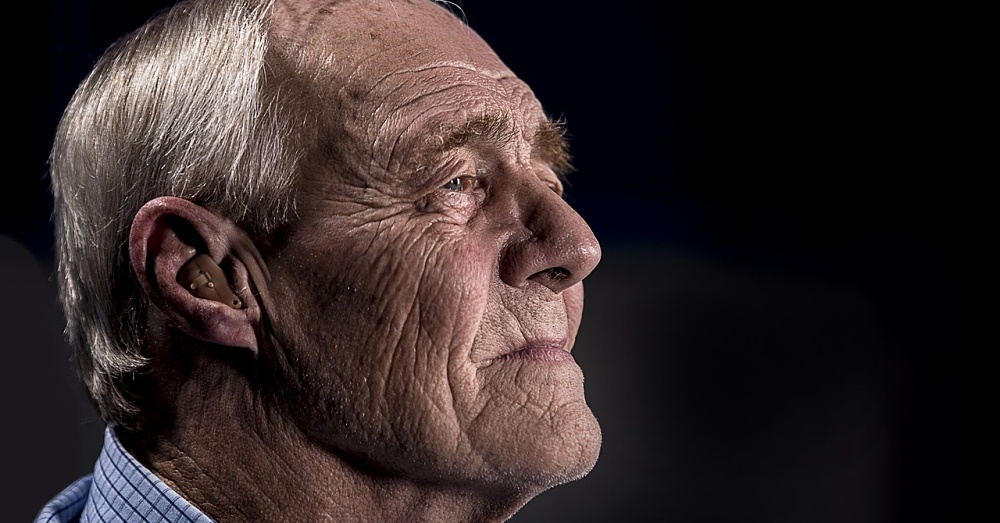 While not caused by a disease, one’s risk of developing Alzheimer’s or another form of dementia increases after suffering a traumatic brain injury. Dementia resulting from physical trauma to the head can exhibit several forms, depending on the nature of the injury and which portion of the brain is affected. Patients often experience feelings of dizziness, vertigo, disorientation, restlessness, irritability, apathy, depression, and nervousness. They may also experience difficulty sleeping and performing the so-called “executive functions” such as concentrating, planning, and organizing. In more severe injuries, the person may develop amnesia and lose the ability to recall past events and form new memories. Treatments include psychological and occupational counseling, as well as medication. 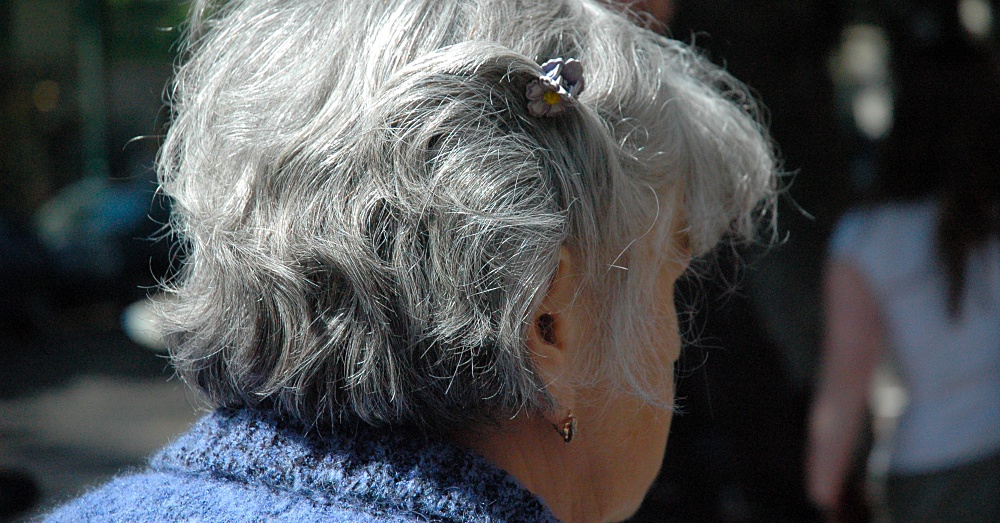 Wernicke-Korsakoff syndrome is a brain disorder due to a deficiency of thiamine, or vitamin B-1. It is often seen in people suffering from alcoholism or other conditions that deplete this vitamin, and it can lead to dementia from alcohol abuse. Symptoms include memory loss, reduced vision, muscular coordination, and all-around cognitive functioning. Patients sometimes also exhibit confabulation, or making up stories. 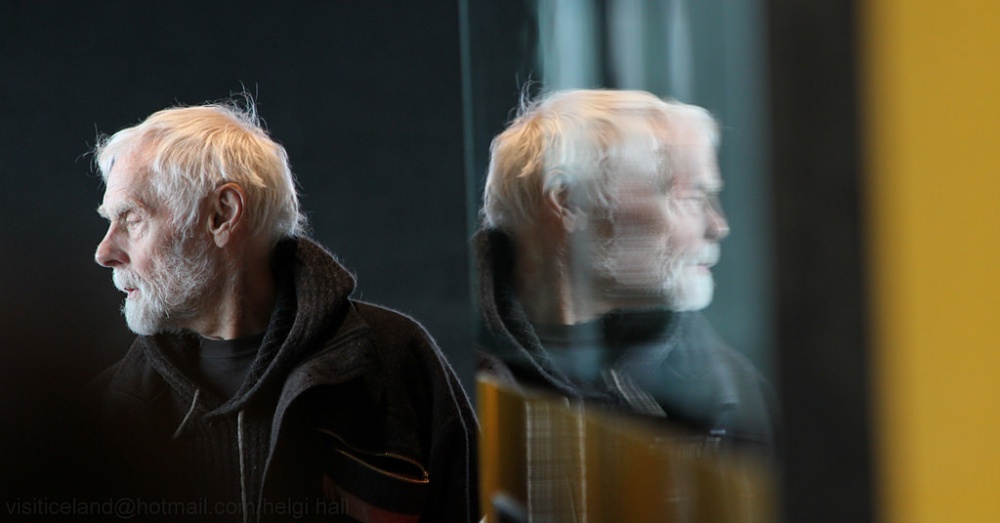 Dementia doesn’t only affect those advanced in age. Leukodystrophies are a hereditary group of diseases that primarily affect children. They result from genetic mutation affecting the myelin cover of nerve cells in white brain matter. Symptoms vary according to the type of leukodystrophy, but generally include the gradual onset of limited verbal and motor skills in a seemingly well child. Patients may experience hearing and vision loss. The disease is fatal, with younger patients generally given a lifespan anywhere between two years and 10 years. Adults diagnosed with the disease are typically given a timetable of 10 years or longer. 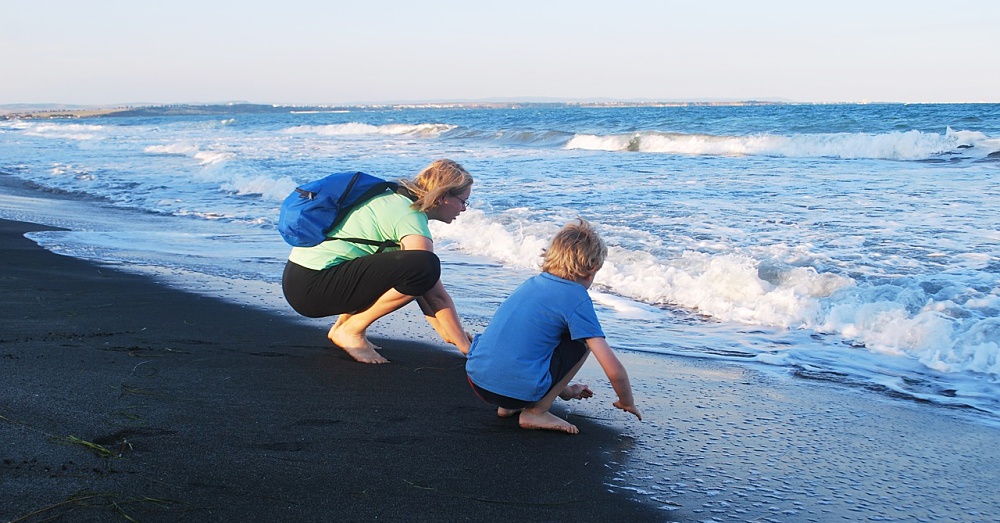 Sadly, there are no cures for Alzheimer’s or other forms of dementia. Doctors commonly prescribe medications that either slow the progression of the disease, improve brain functions, or deal with personality and behavioral symptoms such as psychosis, sleeplessness, and anxiety. Doctors try to gear the medication to the patient’s needs and must consider side effects, their ease of taking the medication, and whether one medication is preferable over another, since not enough research has been conducted to prove that one medication is superior to another.

A diet high in fish, leafy greens like romaine lettuce and spinach, and cruciferous vegetables such as broccoli and cauliflower has been shown to reduce the risk of Alzheimer’s and delay its progression. Scientists believe this is due to the concentration of antioxidants, which protect the nerve cells of the brain from damage.

Dietary supplements such as ginkgo biloba and DHA, an omega-3 fatty acid found in fish oil, contain antioxidants that have been shown to reduce the risk of dementia. Although, scientists are unsure of their effectiveness once dementia has set in. Studies also suggest that physical activity can help slow one’s mental decline with age, and new studies seek to determine whether they can help slow progression of dementia.

It can be disheartening that no magic bullet exists to cure a loved one who begins exhibiting signs of any of these diseases. However, scientists have made great strides in understanding these diseases and continue their research in hopes of one day finding a cure.