Elizabeth Sullivan is 105 years old and a big fan of both the Texas Rangers and Dr. Pepper. Those two things may seem unrelated, but they came together in a surprising way on April 6, 2016. It all started when a Dr. Pepper representative, Kirk Conger, found out how much Sullivan loved the soda. He started delivering it to her, and then realized he might be able to help her throw out the first pitch at a Rangers game. According to WFAA 8 ABC, Sullivan’s first focus in life was actually math, which she studied in college. However, she eventually found herself falling in love with the sport of baseball, and became a diehard fan of the Texas Rangers. 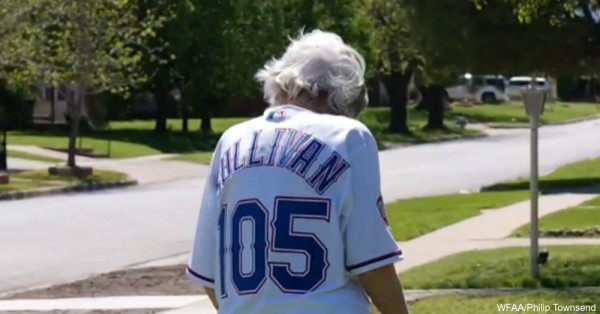 She hasn’t missed a game in 15 years.

When she turned 100, Sullivan did an interview with a local TV station in which she attributed her health to a bottle of Dr. Pepper every day. Conger saw the interview and got in touch with Sullivan. He got to know her, promised her free Dr. Pepper for life, delivered her that Dr. Pepper, and even took her to a few Rangers games, where she watched from the company’s corporate suite. 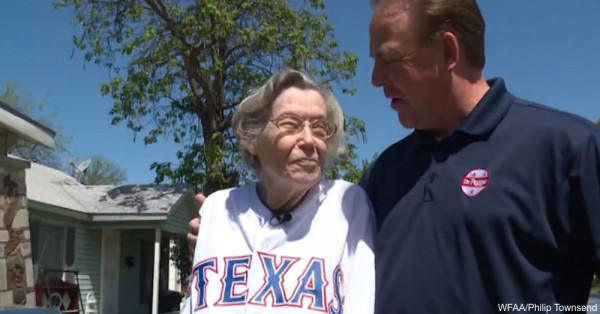 NBC Dallas Fort Worth reports that Conger suggested to the Rangers that they have Sullivan throw out the first pitch at a game, and the Rangers decided to have her do it at their game against the Seattle Mariners on April 6. Sullivan had only thrown underhanded up to that point in her life, so she trained with Sullivan to work on her overhand technique. 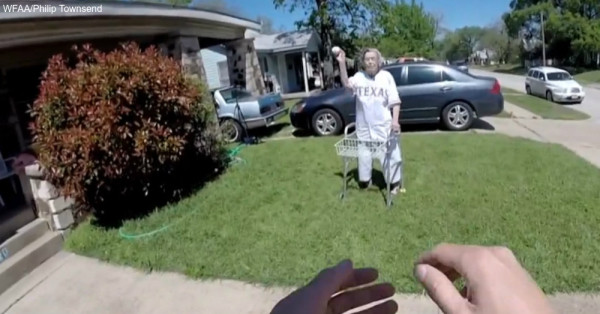 The game, fittingly, was scheduled to start at 1:05 p.m. A small group wheeled Sullivan out to the pitcher’s mound, and she stood up and let it rip. To see for yourself, check out the video captured by The Dallas Morning News. Way to go, Elizabeth!