In the midst of the COVID-19 outbreak across the globe, people in various communities have found ways to come together and show their support for one another. These demonstrations of solidarity have taken multiple forms. Some people have offered to get groceries or pump gas for their elderly and immunocompromised neighbors to keep them from getting sick. Others have donated masks, gloves, and other necessary items to healthcare facilities and those in need. Some have even played music for their neighbors or invented little games that people can play with one another from a safe distance.

Kindness, helpfulness, and pure ingenuity have abounded in these unprecedented times, and we should all be proud of that.

Spain is one of the countries that has been hit hardest by the virus. It has the fourth-largest number of confirmed cases on the planet, following China, Italy, and the U.S. One way that people in Spain have been showing their gratitude for healthcare workers during this time is by meeting up at their windows and balconies every night at eight p.m. to cheer for them. Clapping and yelling can be heard for several blocks in many areas, surrounding hospital staff with love. 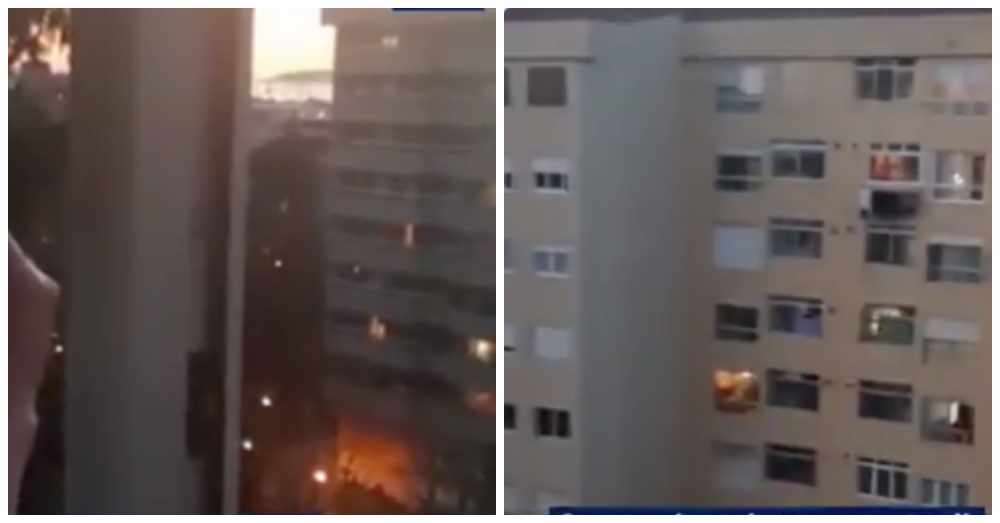 But as if that wasn’t a beautiful enough moment to share, there’s something more to this particular story that we think will tug at your heartstrings.

Hermann Schreider is a little old man from Germany who moved to Spain when he married a Spanish woman. He has Alzheimer’s and is cared for by a woman named Tamara Sayar. In an effort to keep Hermann busy during the COVID-19 lockdown, Tamara encouraged him to practice his harmonica and even told him that the people cheering outside every night were actually cheering for his harmonica performances.

Now every night at eight without fail, Hermann goes to his window to play his harmonica for all his clapping neighbors. Many of them probably never even hear him over all the cheering, but we’re so glad he’s found something that makes his heart happy. 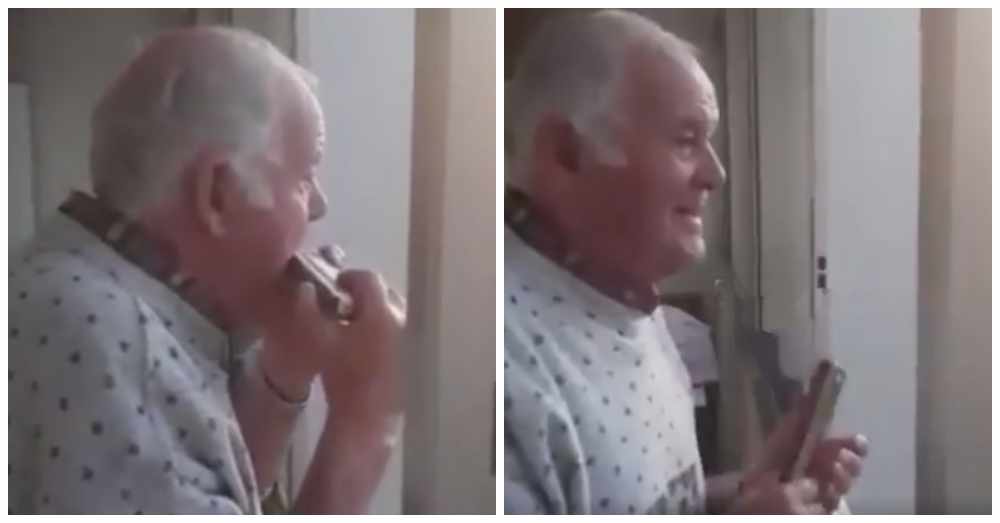 “I do not know if I have created a monster, because now Hermann rehearses all day,” says Tamara.

Check out the video below to see Hermann give one of his wonderful harmonica performances to what he imagines are his adoring fans. We should all get a chance like this to achieve our dreams, even if it isn’t real. How it makes us feel is what really counts.

Husband Serenades Wife with Alzheimer’s Through Nursing Home Window During COVID-19 Restrictions: Click “Next” below!