11 Common Health Myths That Are Okay To Ignore

We’ve all heard myths about our health and wellbeing that seem questionable — but we’ve heard them so many times that they have to be true, right?

Not always. Carrots can’t give you night vision (though the Vitamin A it contains is good for you) and avoiding deodorant won’t make you less likely to get breast cancer. Plus, scientific studies and methods have come a long way over the years, so while the root of some of these myths may once have had some merit, that’s no longer the case. 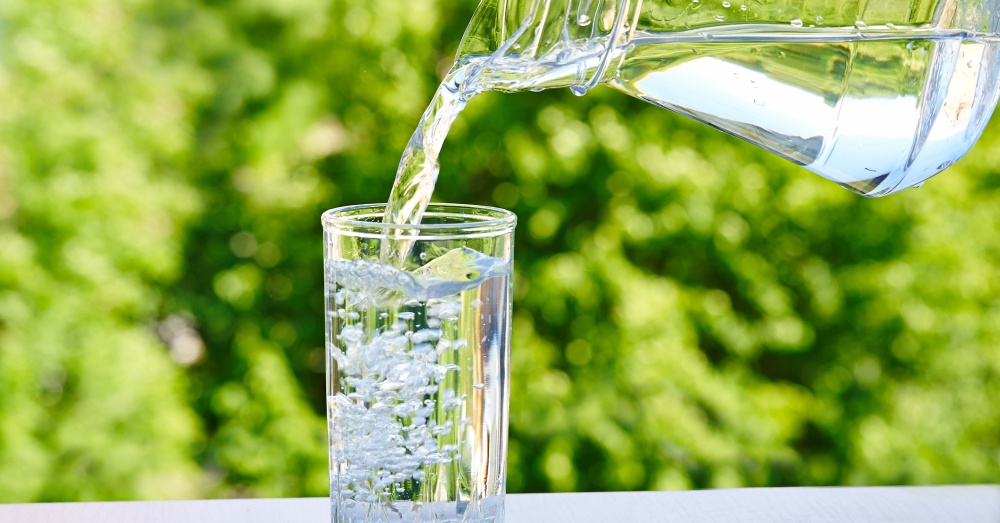 Hydration is important, but this saying isn’t quite on the mark. If you drink when you’re thirsty, you should be fine. Since water is present in many of the foods we eat as well as drinks like juice, milk, coffee, and tea, most people easily hit the daily allotment of 8 glasses without counting cupfuls of H2O. Although coffee and tea have caffeine, and caffeine is a diuretic, it does not offset hydration. Alcohol does affect hydration, however, so pace every adult beverage with a hydrating drink like H20 and you’ll be fine.

Signs that you should be drinking more include dark urine, irregular bowel movements, living in a hot climate, or being very active. 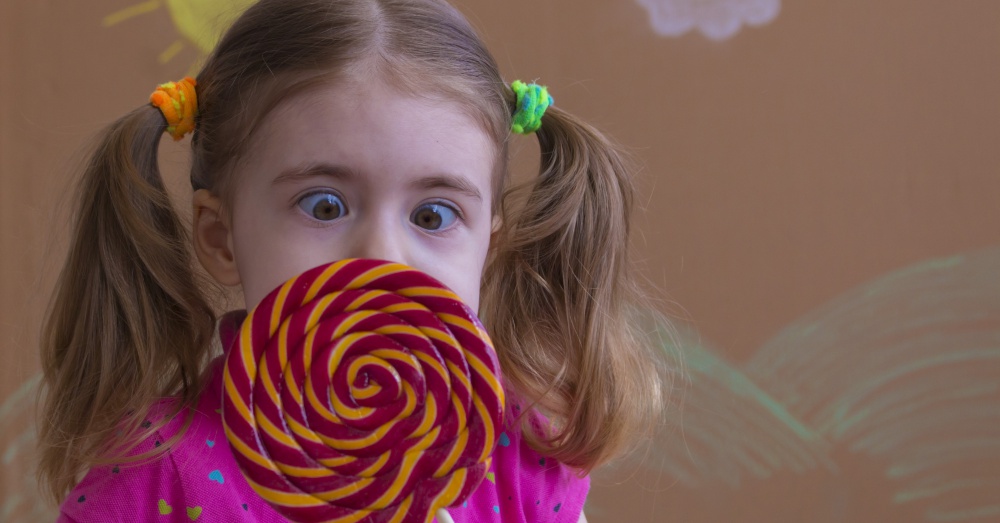 Sugar isn’t a health food by any means, and limiting its consumption is smart. However, it gets a bad rap for causing hyperactivity when that has never been proven.

A doctor wrote a letter in 1974 that was published the American Academy of Pediatrics that said, “Only in the past three years have I become aware that sugar… is a leading cause of hyperactivity.” And thus, a myth was born. There have been studies on it since, but more research on the topic disproves the theory than supports it.

However, since so many people believe there’s a link, it’s sort of a self-fulfilling prophecy, and can make parents notice hyperactivity in their children after they’ve been given sugar because they’re looking for it. 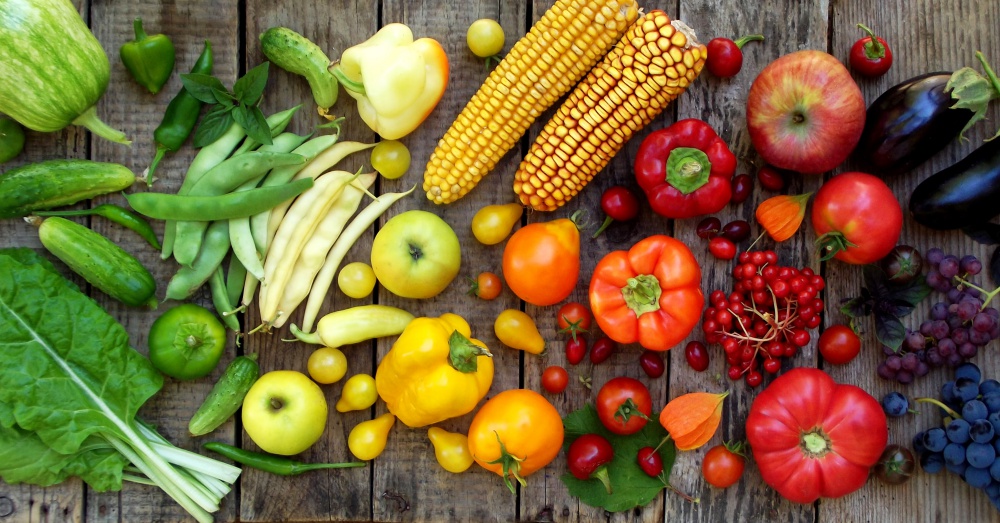 Farmers can still use pesticides on their crops and call it organic, as long as the pesticides are naturally derived. That’s because the USDA Organic rules only ban the use of synthetic pesticides. The term “pesticides” includes both bug-killing and weed-killing sprays, and the safety of them depends on the dosage.

However, pesticide levels on both organic and non-organic foods are so low that they aren’t of concern for consumption, so don’t worry too much over whether to get organic or non-organic apples at the supermarket. What you can do is eat locally, and ask the vendors at your farmer’s market what they use on their crops.

An important additional note: eating organic food doesn’t come with any extra nutritional benefits over non-organic food, according to a review of 98,727 potentially relevant studies. 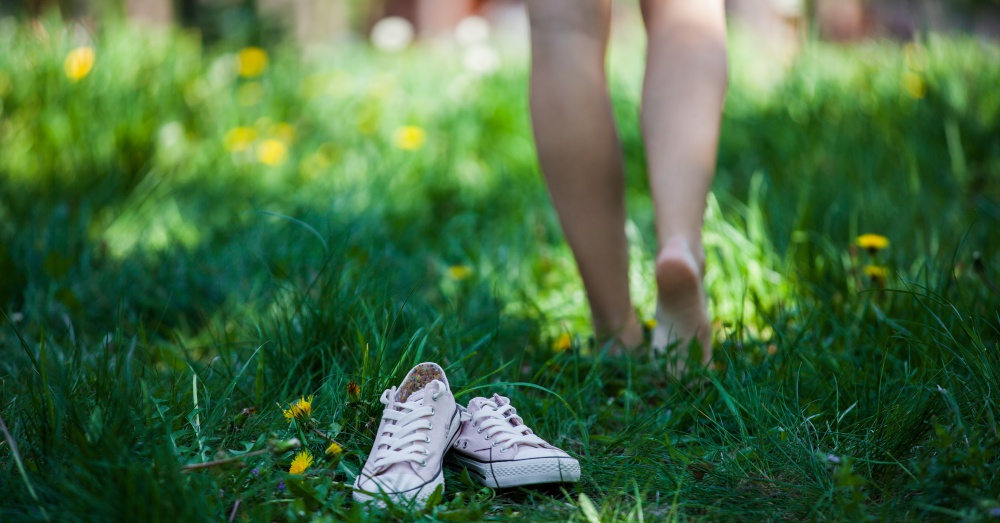 This is a health trend that is apparently also called “earthing.” Walking barefoot on natural surfaces is supposed to allow you to absorb electrons from the earth, which in turn is supposed to lead to better health. Some health gurus tout it as a way to improve your natural gait and balance, and also say it can strengthen your feet and legs by tapping into ligaments, tendons, and soft tissues that aren’t often used when wearing shoes.

However, barefooted tromping through meadows and forests can come with various cuts, slivers, wounds, and even fungal infections. And if you’re diabetic, those wounds will a) be slow to heal, and b) be easily missed if you have neuropathy, nerve damage that’s most often found in the legs and feet. Plus, if you’re walking on city streets barefoot, that’s a recipe for picking up cuts and scrapes that you wouldn’t get if you were wearing shoes.

Walking is good for you, and being barefoot sometimes is just fine for many people. After all, improperly fitted shoes can wreak havoc on your feet too, in the forms of calluses and blisters, and can exacerbate bunions if you have flat feet and no arch support. But going barefoot does come with health risks, especially for those with diabetes, and is not well-researched or supported as a permanent lifestyle change.

7. Natural Sugar is better for you than processed sugar 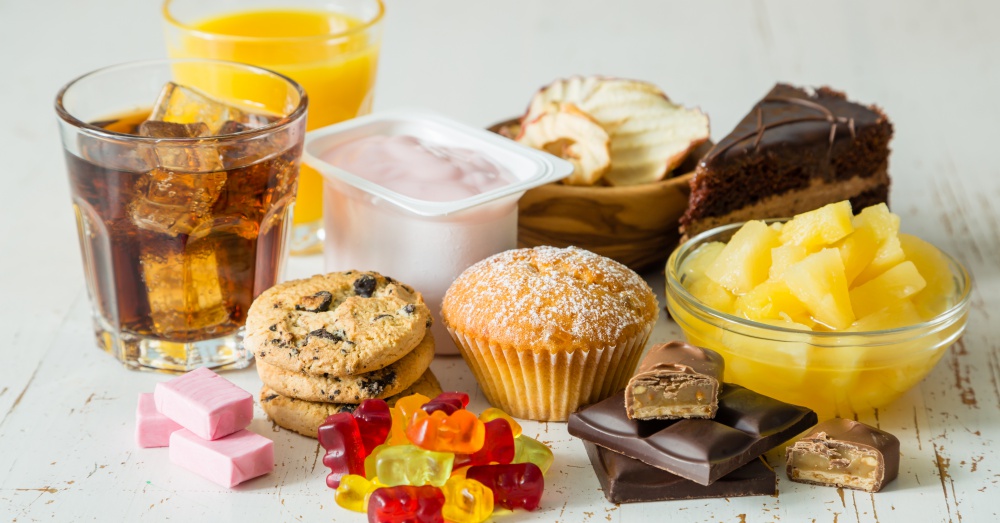 High-fructose corn syrup has a very bad reputation — to the point where many food labels now proudly state that the product you’re about to consume has zero high-fructose corn syrup. Well, the truth is… sugar is sugar, so corn syrup is just as good or bad for you as the sugar you get from honey. Same goes for brown sugar versus white sugar; even though brown sugar contains molasses, which has some good vitamins in it like potassium and magnesium, the amount is negligible and not “healthier” than the white stuff.

It’s hidden sugar that’s the real culprit here. Many products have it, so it’s important to check labels. Also, candies and other sweet treats often have much more sugar per serving than your body needs, so keep that in mind as well. 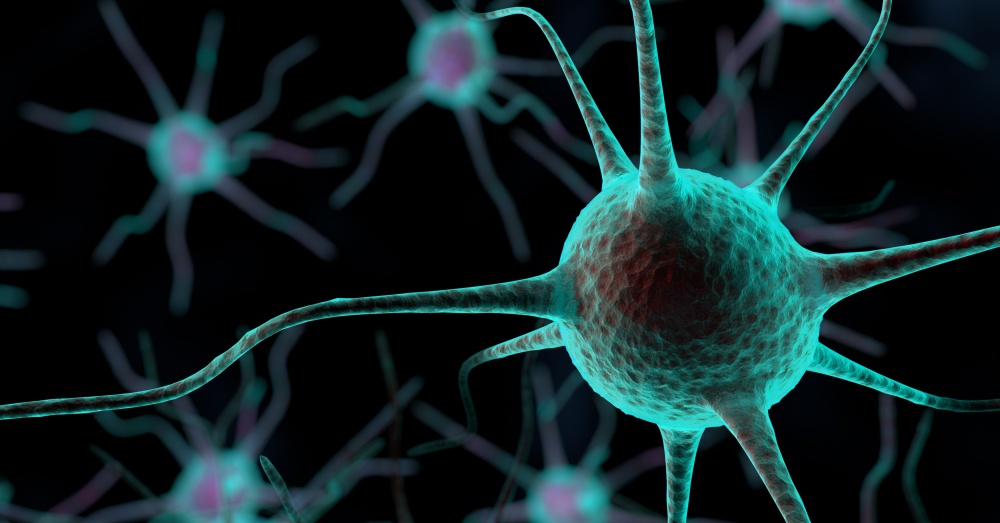 You’re not born with a finite number of brain cells that you use up slowly until you die. Rather, your body continues to produce new brain cells through adulthood. This process is called neurogenesis. Not every type of brain cell is able to regenerate, and the cells that do may not live as long as we get older, but new ones are still being made. 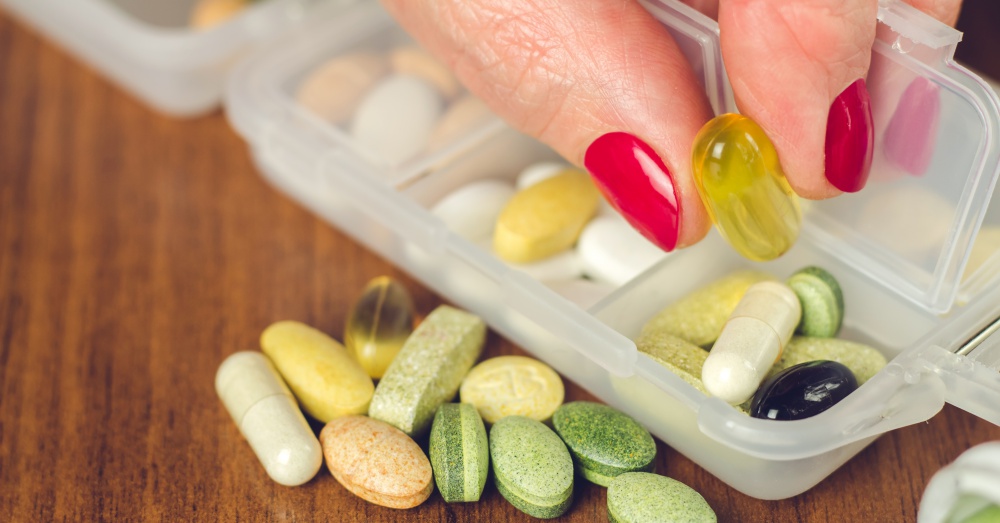 All vitamins are not created equal, because they aren’t regulated by the FDA. In addition, many vitamins and minerals you find in a standard multivitamin haven’t been studied enough to determine an accurate dosage. On top of that, multiple studies on multivitamins have found that they just don’t help enough to warrant taking them.

And scarily enough, some vitamin supplements have even been linked to an increase in certain cancers. Learn more in our article here.

The best way to get the nutrients found in vitamins is through real foods. If your doctor recommends a multivitamin though, heed their advice and take it. For pregnant women, a prenatal vitamin with folic acid has been shown to help prevent miscarriage and neural tube defects.

4. Adding Table Salt To Food Is Bad For You 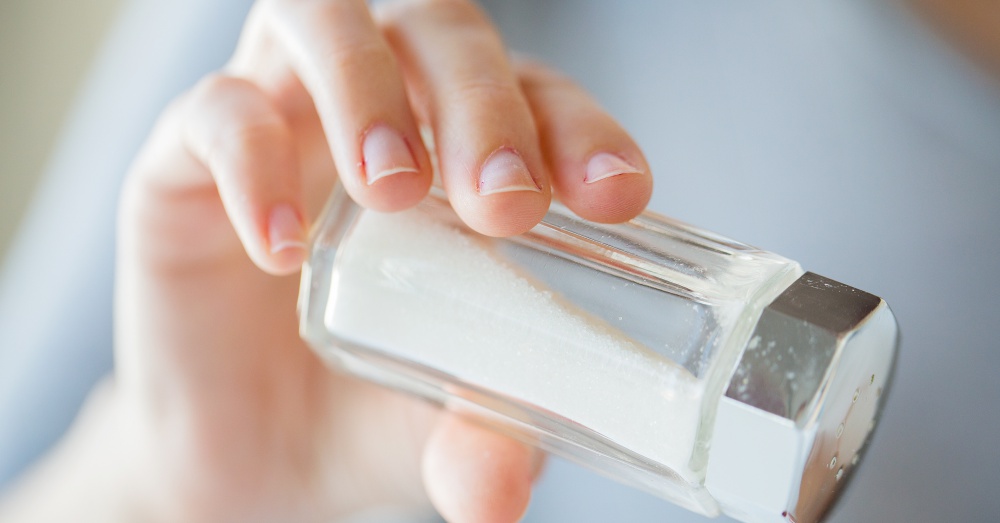 Excess sodium in your diet can lead to high blood pressure, and is also a major risk factor for heart disease, stroke, and kidney failure. Sodium doesn’t have the same effect on everyone, though; those most sensitive to the effects of salt include people who are middle-aged or elderly, overweight or obese, or African-American. Reducing sodium alone in your diet may help with blood pressure, or you may need to take additional measures like going on medication.

However, the problem with sodium does not lie within your salt shaker, it lies within processed foods and restaurant foods. In fact, for Americans, only 5% of your daily sodium intake comes from salt added at the table, and an additional 5% from salt that you add during cooking. 90% of the salt we consume lurks in processed foods, condiments, sauces, and restaurant-prepared meals.

To really help lower your salt intake, check labels at the supermarket for low-sodium options, request your meals be made without salt at restaurants or have them put the sauce on the side (since sauces are usually chock full of the stuff), and use condiments in moderation. Then you can add salt at the table, and actually have more control over your sodium intake.

3. Everyone with Tourette’s syndrome blurts out swear words 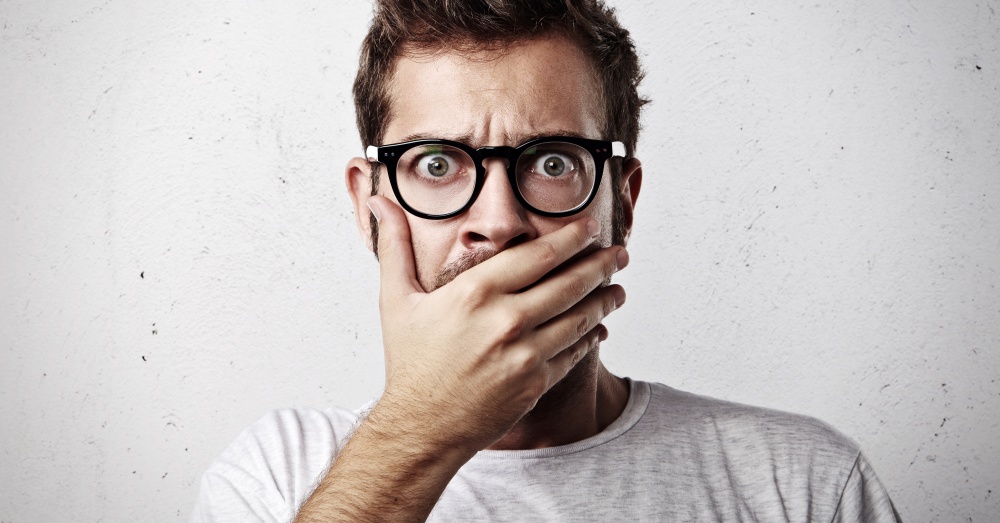 While a small percentage of people with Tourette’s do shout out swear words without meaning to, the condition has a wide variety of effects on those who have it. The condition involves “involuntary, repetitive movements and vocalizations,” according to Tourette Association of America.

Also, while it may seem amusing in movies and TV shows, it’s important to remember that in real life, the person’s tics are not under their control, and it is probably not funny for them. 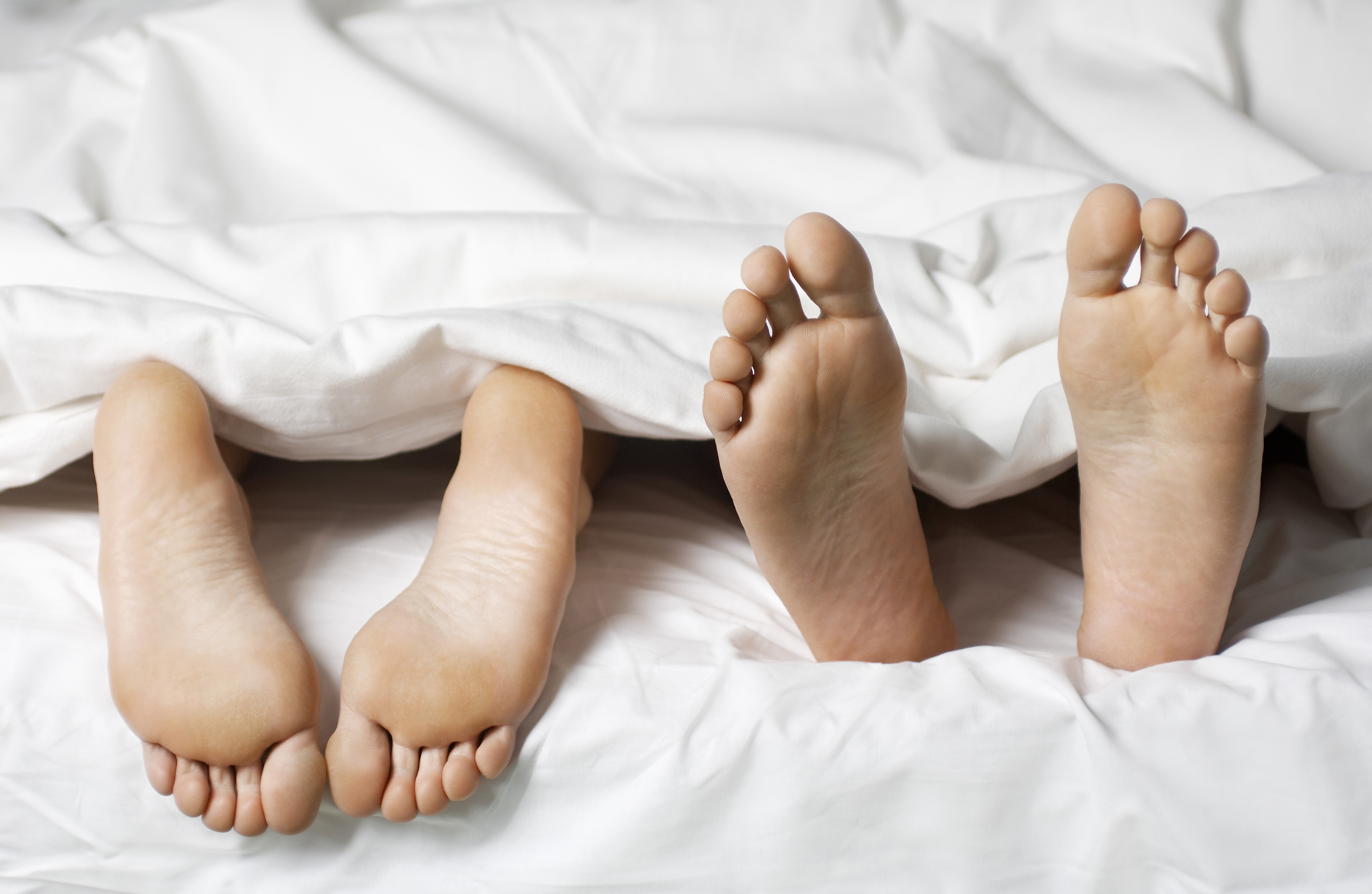 Obesity, high cholesterol, certain medications, alcoholism, and sleep disorders are also some possible causes of the disorder. And while arousal may take longer as you age, ED is different, and you should reach out to your doctor if it’s consistent.

ED is also said to affect more than half of men who have had diabetes for more than 10 years. This is mostly due to nerve and artery damage in the genital region, but it can also be a result of damage to the vascular system.

1. Tanning or having dark skin prevents sunburn and skin cancer 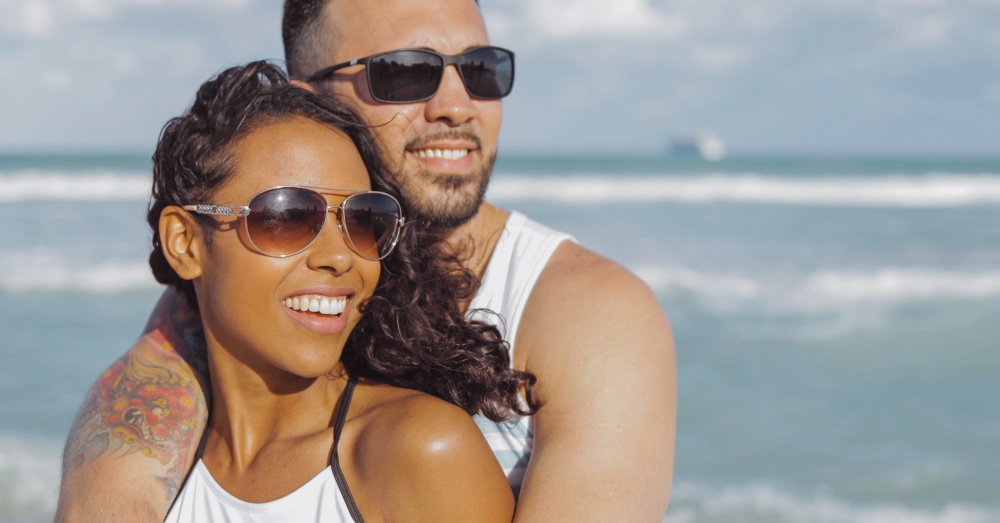 Think your deep summer tan or dark skin protects you from the sun? Think again. Your skin will produce more melanin in the sun, but it offers meager extra protection — about as much as applying a sunscreen of SPF 3 or less. Any additional color you get from the sun is really just a sign that the sun has damaged the DNA in your skin. Sunbathing can cause wrinkles, skin discoloration, age spots, sagging, and increased skin cancer risk.

This goes for people with naturally dark skin as well. They may not burn, sure, and the extra melanin in their skin does offer more protection than it does in pale-skinned folk, but the sun still has a damaging effect. In fact, a July 2016 study showed that while more Caucasian people get melanoma overall, it is often more deadly in people of color. Also, genetics and environment can also play a role in skin cancer risk.

7 Common Myths About Alzheimer’s. Number Four Is Surprising: Click “Next” below!