Billy Shelby, who works for Waste Management in Missouri, is always kind to his customers. But one family is particularly grateful for the help he often lends to 88-year-old Opal Zucca, who has dementia and lives alone.

Opal’s daughter, Colette Kingston, says she worries about her mother, who fell and hit her head back in January while attempting to bring her trash bin back up to the house and had to have several stitches. After that incident, Colette had a Ring camera installed outside the house that alerts her every time it detects movement on the driveway and surrounding areas. 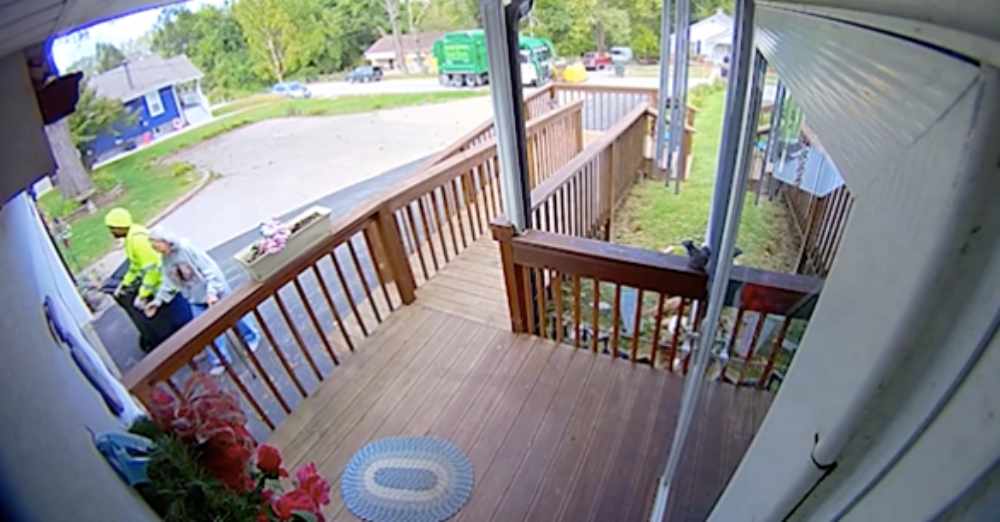 More than once, the Ring camera has captured footage of Billy talking to Opal and helping her bring her trash bin back up to the house. He even holds her hand to keep her steady.

For a long time, Colette didn’t know who the sanitation worker was who always helped her mom, but after a particularly heartwarming video was captured on the security camera, she turned to Facebook to find him. 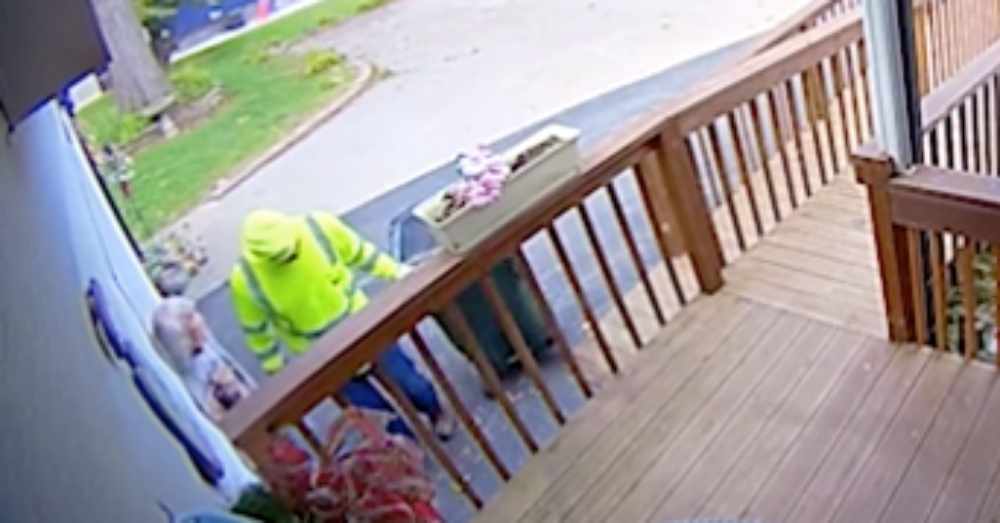 In the most recent video, Billy can be seen walking hand in hand with Opal, the trash bin in tow, up to the house. He makes small talk with Opal on the way up to the garage, where he sets the trash bin out of the way, gives Opal a quick hug, and says, “God bless.” He even takes the time to tell her she’s looking good and that he likes her hair. How many of us would have taken the time to hand out compliments in a similar situation before going back to work? 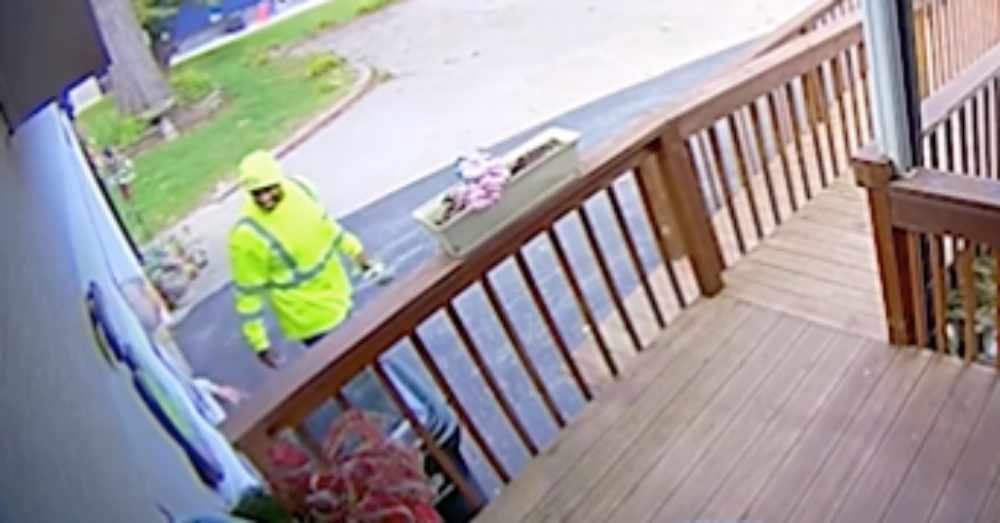 Opal is very grateful for Billy’s friendship, and although she may not always be able to remember his name, she says a prayer for him every time she sees him. Because she lives alone, Opal relies on her daughter and the kindness of neighbors and passersby like Billy to make sure she’s okay.

Check out the video below to see the heartwarming and beautiful relationship between a little old lady and the man who collects her trash but also takes the time to make sure she’s safe and sound.

After WWII Veteran Asked for 100 Cards for His 100th Birthday, The Internet Delivered Him THOUSANDS: Click “Next” below!